Home  ⁄  The Wire  ⁄  EXPENDABLES 3 MAY INCLUDE EASTWOOD, FORD, SNIPES AND THE RETURN OF ROURKE. BUT WHERE THE HELL IS KURT RUSSELL? 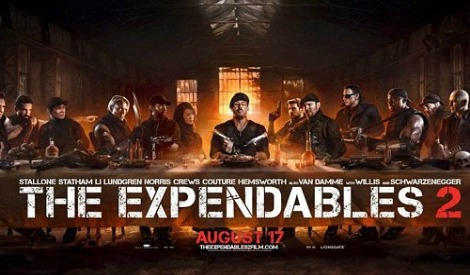 THE EXPENDABLES 2 is blowing up in theaters this Friday and the buzz is already starting for E3. Total Film talked to producer Avi Lerner who rattled off some pretty impressive names that are being kicked around for the third outing.

“We’ve approached Clint Eastwood to be one of the guys, we’ve got a character in mind for him. We’re talking to Harrison Ford. [And we want] Wesley Snipes when he comes back from prison. I’ll give you one more name, we’ve got Nicolas Cage to play [one of the characters]. And we’re going to bring Mickey Rourke back, if he won’t be too crazy. I like Mickey. And of course, all the existing stars [will return]”

Eastwood always talks about retiring from acting but he keeps coming back but this type of film seems like a no-brainer for him, it would give him a chance to really play with his image. Ford never officially retired but he let’s be honest; his glory days have long since passed so taking on an ensemble role with this crew is pretty feasible.

The names we want to see though include; Michael Dudikoff, Thomas Ian Griffith, Jeff Speakman, Steven Seagal, Peter Weller, and of course KURT “MOTHERFUCKING” RUSSELL! Come on Stallone, he’s the Cash to your Tango. Make it happen Cap’n! 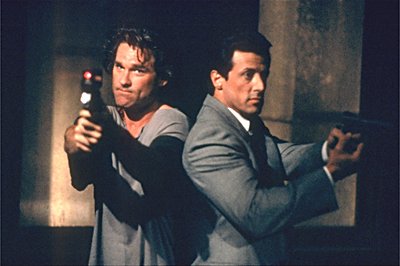 I am sure we’ll continue to talk about E3 until it hits theaters so stay tuned.