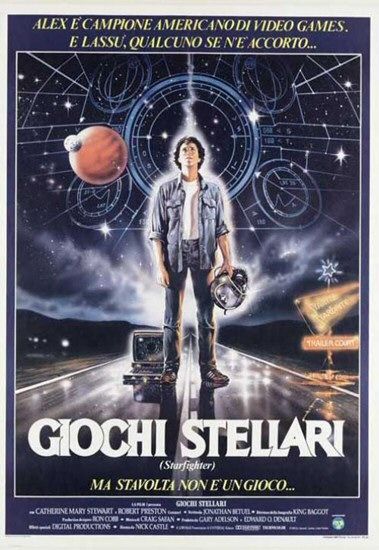 Before really finding his stride with classics like MAJOR PAYNE and MR. WRONG, director Nick Castle made a little sci-fi flick called THE LAST STARFIGHTER.

Alex lives in a trailer park in the middle of nowhere. He wiles away his days playing video games and wishing for a life with perhaps a little more substance. Lo and behold, his prowess at Sega Genesis catches the eye of an intergalactic defense force, and Alex is recruited to fight the evil Sawboss. Or Mumm-Ra. Or maybe it was Dabney Coleman.

THE LAST STARFIGHTER is a lot of fun, and a trailblazer in terms of the heavy use of CGI. So let’s thank them for JURASSIC PARK, but also blame them for TRON 2.

Nick Castle also made THE BOY WHO COULD FLY, which was a trailblazer for movies that can blow me.