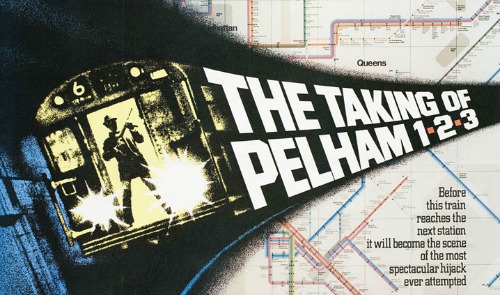 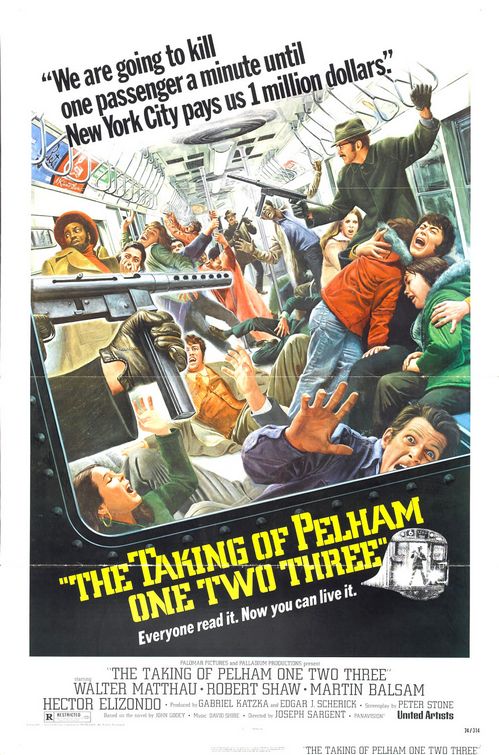 THE TAKING OF PELHAM ONE TWO THREE (1974) is one of the great New York films of the 1970s.   Based on a novel by John Godey, the script was adapted by Peter Stone (CHARADE) and the movie was directed by Joseph Sargent (WHITE LIGHTNING; um… JAWS: THE REVENGE).  Because it’s a well-known and well-liked movie but not that well-known, it was a prime candidate to get sucked up by the modern-day remake machine.  It happens.  But do me a favor:  Check out the two posters side-by-side and tell me which video box you’d grab off the shelf first: 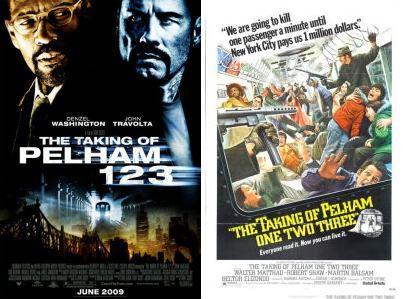 (Note how they had to shorten and dumb-down the numbers to numerals for modern America.)

My advice, if you had to choose just one?

Skip over the remake and go straight to the original.  The 2009 iteration had its moments (a Tony Scott movie always does), and you can always count on Denzel, but overall, there was no great reason to re-do something that was plenty good enough to begin with.  It’s not the premise that’s the magic ingredient:  The central subway hijacking plot didn’t even make that much sense for 1974, let alone 2009.  That’s not what makes the movie so special.

What makes the original so special, actually, is the fact that Walter Matthau, as the protagonist, transit cop Zachary Garber, was so low-key and ramshackle, and Robert Shaw (Quint from JAWS, duh), as lead villain “Mr. Blue”, was so convincingly fearsome.  I also love the way that, in its final scenes, the movie charmingly downshifts from a tense 1970s ancestor of SPEED to a cozier feel, like an episode of ‘Murder She Wrote’. 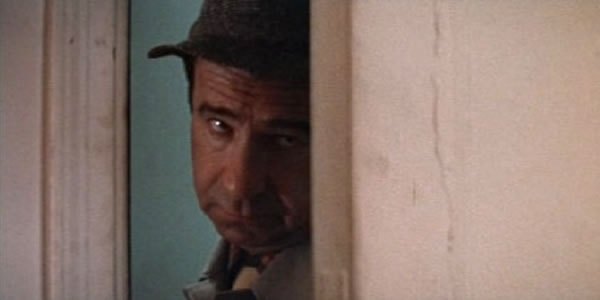 In contrast, I love Denzel a ton, but he’s surely not describable as low-key and ramshackle.  (And Travolta, I am trying not to say too harshly, is NO Robert Shaw.)

My personal favorite thing about the original was the fact that a character named Rico Patrone (!!!) served as Matthau’s sidekick and that Rico Patrone was played by Jerry Stiller (Ben’s dad, from Seinfeld.)  I was pretty disappointed that there was no Rico Patrone in the newer movie.  They had Luis Guzmán right there on the set, it’s not like they couldn’t have made it happen.

THE TAKING OF PELHAM ONE TWO THREE is playing at 7pm at the soon-to-be-departed 92Y Tribeca.  Chris Newman, the film’s sound mixer, will be on hand for a Q&A.  This is a co-presentation with the very-interesting-sounding Cinebeasts Subway Series, which will be combining film and the NYC subway system for the next eight weeks.