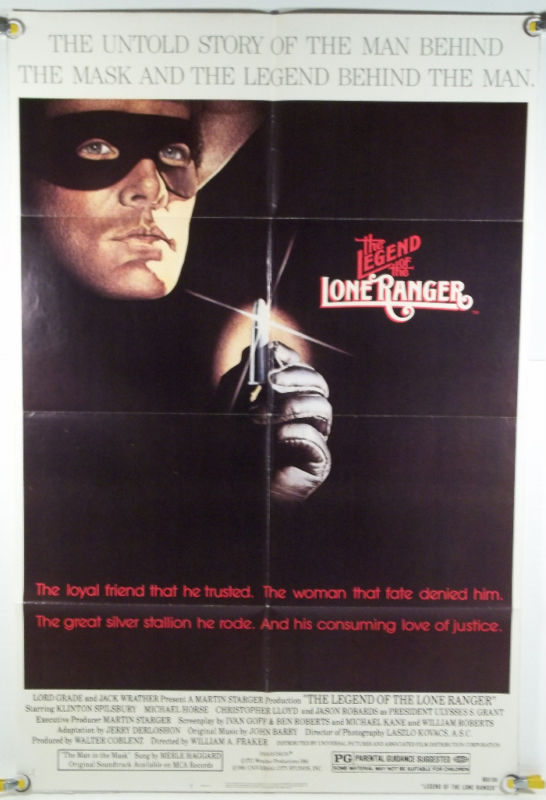 CLICK THE POSTER IF YOU’RE A SUCKER FOR PUNISHMENT!

As a kid, let’s just say my taste in film was not very discriminating. That said, even at the peak of my childhood naiveté, I found THE LEGEND OF THE LONE RANGER to be incredibly boring. And that’s saying something, considering it’s about a deadshot cowboy who sports a mask. How cool is that? Hell, I even thought Jayce and the Wheeled Warriors was cool. Obviously, I had no idea what I was talking about.

Supposedly, the flick was plagued with problems: poor editing, a slight story, and the Lone Ranger himself was a bit of an ass. But honestly, who cares? Long story short, the film ended up sucking. You know there’s trouble afoot if the Lone Ranger doesn’t show up until the last third of the movie. By then, too little too late. But at least it has Christopher Lloyd, right?

Don’t let all the explosions fool you. Skip it.