The term “elevated horror” has, quite rightly, become one of the most controversial and derided phrases in modern horrordom, and for very good reason. As a qualitative descriptor, it’s a bogus act of stiff-upper-lip superiority; it says that “my horror is good horror — the rest is schlocky trash.” It doesn’t bring respect to the genre, it gentrifies it, turning it into the blood-soaked equivalent of a $10 hipster wheatgrass smoothie cocktail. Yet, as a way to name a subgenre, as a way to pinpoint a moment in time, as a way to, well, describe a trend, it does have its value. Because when we hear the term “elevated horror,” in all its pretentious, sniffly glory, our minds can conjure the type of film we’re about to see: the glacial pacing and ponderous quiet pauses, the stately and bespoke production design, the focus on grief, man, and the way trauma infiltrates our very soul. Most of the films heaped under the “elevated horror” umbrella are genuinely good—some are even great—but as with every trend, there’s going to be an eventual turn toward self-parody. Something we are going to now see with stuff like THE LODGE. 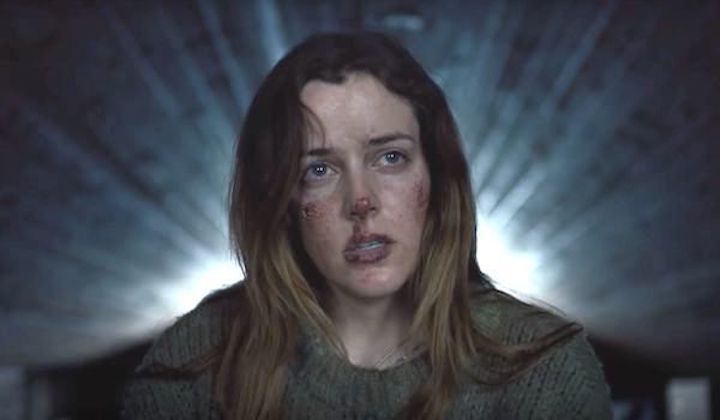 Directed by Veronika Franz and Severin Fiala, who made 2014’s tensely unnerving creepy-kiddo opus GOODNIGHT MOMMY (a film that could arguably have started the “elevated horror” trend), THE LODGE plays like a corpse of a good movie—all the elements are there on the surface, but there’s nothing going on behind the eyes. It’s well acted and handsomely mounted, and I can see why one would be seduced by it’s hushed spell of hypnotic intimate horror. But it doesn’t quite work. It shambles through the motions of elegant, austere horror.

Trends, when they start percolating, eventually turn to formulas, easily replicable recipes that give signposts to future filmmakers, who then adhere to them so exactly that the formula begins to turn frayed, threadbare, old hat. From THE WITCH and THE BABADOOK and, yes, GOODNIGHT MOMMY on, we began to see what, exactly, makes up an “elevated horror” film: the dank grey color palettes, the stories that begin with families recovering from some unspeakable tragedy, the muted, pensive, creeping-under-the-skin approach to scares. All those films are great films, but THE LODGE feels like a determinedly grim caricature of what made those films work. 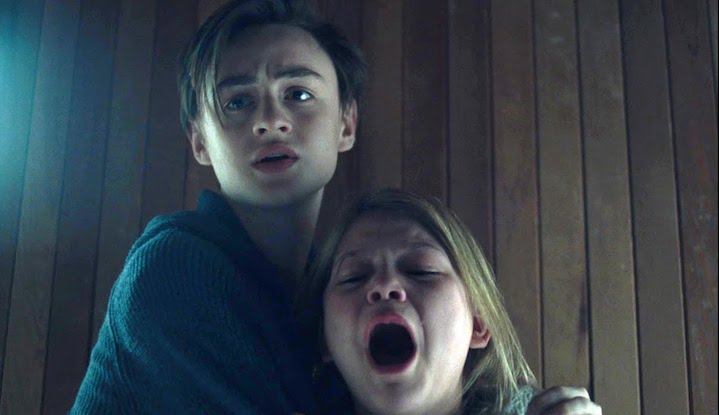 THE LODGE actually begins with two tragedies, just so you get how traumatized and grief-stricken our benumbed protagonists actually are. There’s the story of Riley Keough as Grace, who’s the sole survivor of a religious cult that committed mass suicide, and there’s the family she’s marrying into, who’ve lost their mother (Alicia Silverstone) to suicide. Grace is not welcomed by her new stepchildren (Jaeden Martell and Lia McHugh) who resent their father (Richard Armitage) is replacing their deceased materfamilias with this much younger woman. Over Christmas break, he gathers them into a remote ski lodge for a family holiday, but leaves on unsuspected business, leaving the two children and Grace alone to grapple with each other in this isolated, claustrophobic existence. 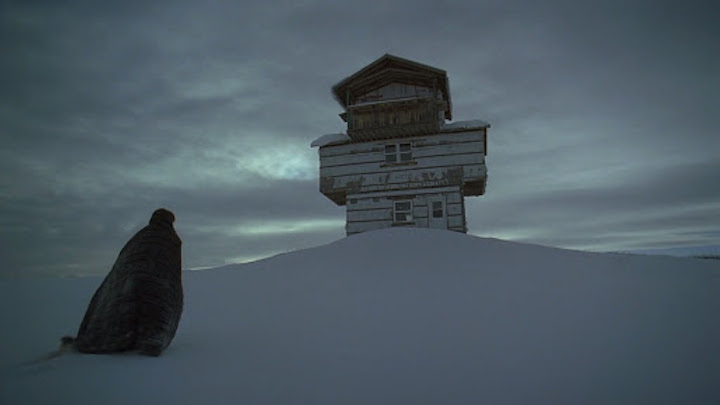 Franz and Fiala have experience with eerie urchin tormentors, and they tease the possibility that Grace—desperate to put aside her past and bond with her love’s offspring—will get put through the ringer. Or is it the other way around? THE LODGE is a moodily bleak depiction of psychological unravelling. But it actually feels more laborious than moody. It’s stately and slow and, well, boring. It clearly aims to be considered an elevated whoozywhatsit, an act of deliberate, high-toned horror. But THE LODGE is more of a hollow work of po-faced solemnity.  There’s a pro-forma predictable quality to it, an empty psychology. We know where this torment is going to go. There have been plenty of so-called “elevated horror” films over these past few years, but THE LODGE is the first that elevates “elevated horror” into a realm of gravely stern self-parody. 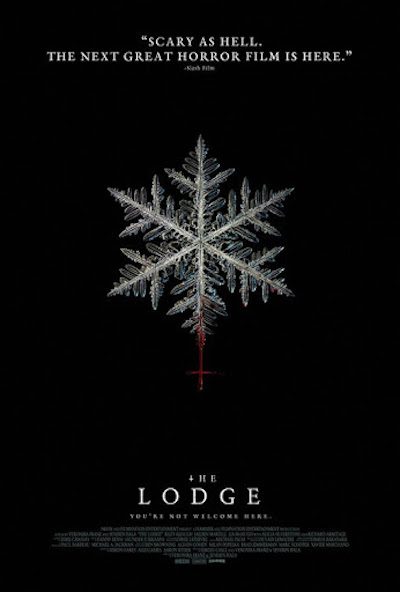