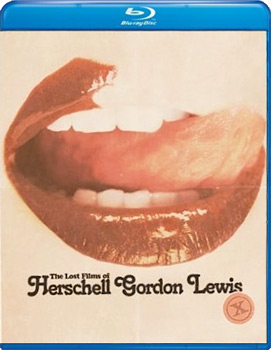 The first release from new distributor Vinegar Syndrome (itself a subsidiary of Process Blue, the restoration team that worked on the recent release of THE OPENING OF MISTY BEETHOVEN), THE LOST FILMS OF HERSCHELL GORDON LEWIS, available as a collection that includes both the Blu-Ray and VD version, is exactly what the title says it is — three films that, up until now, have been completely missing from even the greyest of grey market distribution. All three come from what Christopher Wayne Curry describes in “A Taste of Blood: The Films of Herschell Gordon Lewis” as his “second nude wave” of sexploitation films produced between 1968 and 1971, and while none of them are going to rank with BLOOD FEAST in terms of historical merit, all three are interesting works, especially the out-of-character BLACK LOVE, even if Lewis himself has remained fairly mum on their creation, even to the point of denying that he had any involvement.

Both ECSTASIES OF WOMEN and LINDA AND ABILENE was directed under the pseudonym of “Mark Hansen,” with “Lewis H. Gordon” credited as the Director of Photography. ECSTASIES finds a group of four guys out for a bachelor party for lingerie salesman Harry (Walter Camp) at a strip club. A pair of mostly-disinterested topless dancers writhe around in behind the group as they talk about how Harry’s life is going to change. Harry dismisses the idea, and begins telling them about his sexual exploits, resulting in flashback sequences about Harry’s conquests. Meanwhile their enormously-nippled waitress flirts with them and the group comments on the strippers with lines such as, “They must have ball bearings for bone-joints!” 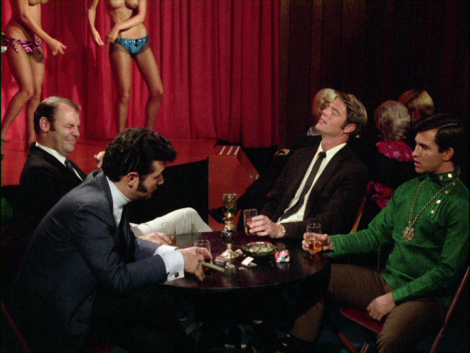 The first segment is the longest, and Lewis seems much more interested in having Harry trade ribald barbs with Annette (Jeanette Mills) at a bar than he does with having Harry actually take the last back to his houseboat for sexy times. The pair go back and forth with jokes that wouldn’t have looked out of place in a vaudeville routine, like Harry’s comment about his ex-wife, “She married an electrical engineer. I guess she saw the light!”

The two do finally make it back to his houseboat, and while the pair are clearly naked, it’s standard softcore action from here, coupled with sexual moaning clearly added in post-production. The other segments are similar, though they cut to the chase significantly more quickly. This may be for the best, as Camp is clearly struggling with his dialogue, often flubbing lines and clearly not looking at the actress with which he’s trying to engage. One segment involving a schoolgirl Harry picks up at an intersection doesn’t even get a sexy follow-up – given the age of the character (though not the actress), this may be for the best. 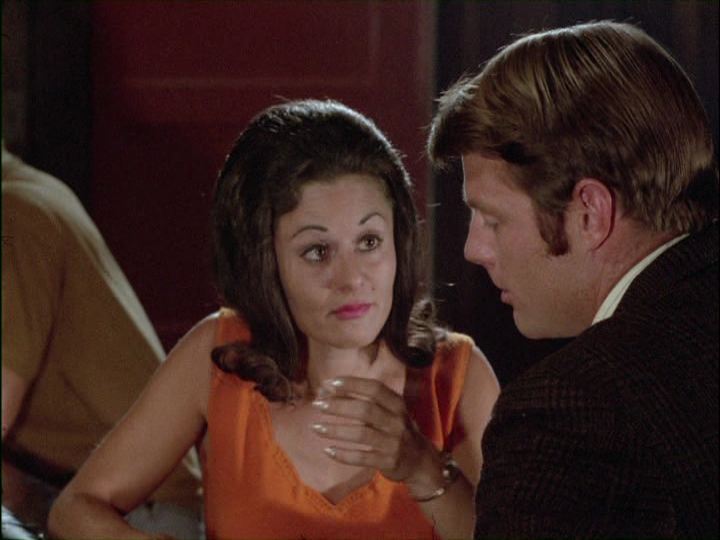 ECSTASIES is a likeably goofy little nudie film, never coming off as anything less than a trifle until the final segment where Harry re-examines his relationship, though those with an allergy to sexual puns may want to check out quickly unless you want to relive middle school memories of finding locations like Intercourse, PA and Climax, AZ hilarious. The film looks amazing, with the flesh colors popping out more than they probably did when first released, which means blemishes that may have been hidden for years finally get some exposure. All three are presented in their open aperture 1.37:1 aspect ratios.

The trailer for ECSTASIES is included as well, and looks just as good as the film. It’s a pretty entertaining four minutes, containing footage not in the film as Harry introduces the women he’s currently bedding to the camera. “Would you believe she’s only 15 years old? I’ve got a bottle of scotch that’s older than she is! She has a tighter cork, too!” Even though the “girl” in question is clearly of drinking age, you’d never get away with this sort of ballyhoo now. 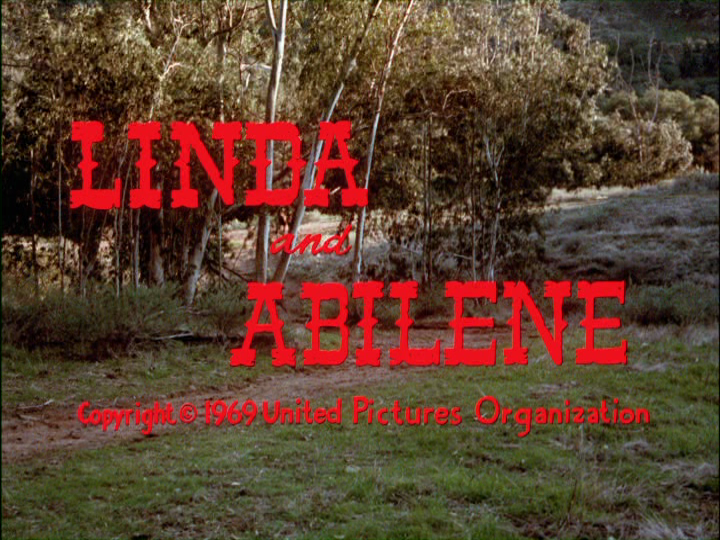 As exploitation historian Casey Scott alludes in his excellent liner notes, LINDA AND ABILENE isn’t exactly the most accurate title – the “Linda” in question doesn’t even show up until nearly an hour into the film! Shot at the Spawn Movie Ranch (home of Charles Manson’s “family” at the time), the story instead mostly consists of brother and sister Todd (Kip Marsh) and Abilene (Sharon Matt), who try to get on with keeping the family farm going after the deaths of their parents. (How they died in tandem is never explained.)

While Todd chastises Abilene for brooding, the two have a generally playful kinship, as they kid and throw dishrags at each other in a mocking fashion. Things change when Todd watches Abilene bathing nude in a creek, creating an unspoken sexual tension between them that lasts for much more of the film than it really should, as they take out their desires by being unflaggingly nice to one another and, in one moment rife with sexual energy, churn butter as a team. 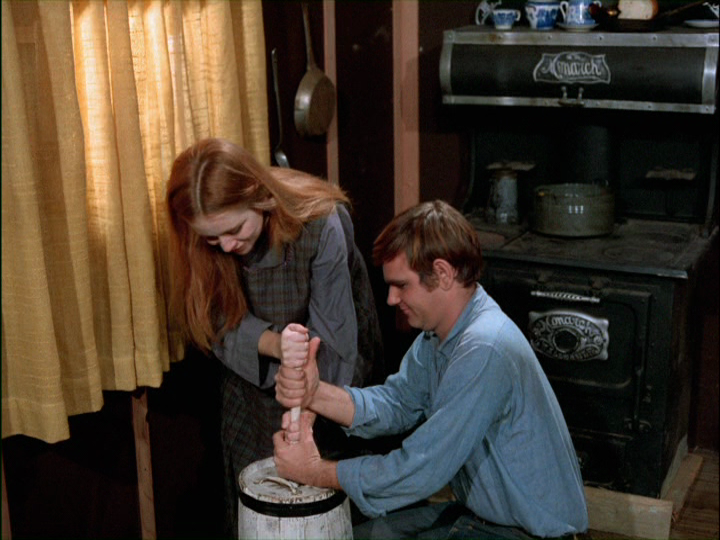 I never thought I’d be yelling, “Just freaking DO IT already!” at a pair of siblings in a movie, but it happened here, and it takes until a naked Abilene is spooked by a coyote’s howl before Todd rushes in and the two embrace. Once that’s started, the two can’t stop, and there’s virtually no dialogue for the next several love scenes between the two of them. While the scenes are fairly explicit, Todd keeps his jeans on through most of them, which honestly seems like it would be painful.

True (grossly incestuous) love can’t last, of course, and when Todd notices that their shenanigans have been causing the farm to go into ruin, he heads into town. While Todd gets seduced by barroom strumpet Linda (at last!), Abilene opens the door to a wanderer named Rawhide, who rapes her after she offers him food. Todd gets back to discover this, runs into town to confront the man and they both end up dead in a shootout. Linda meets up with Abilene to justify the title and encourages her to “get out of them tight things and let me smooth your troubles away,” resulting in a final coupling. 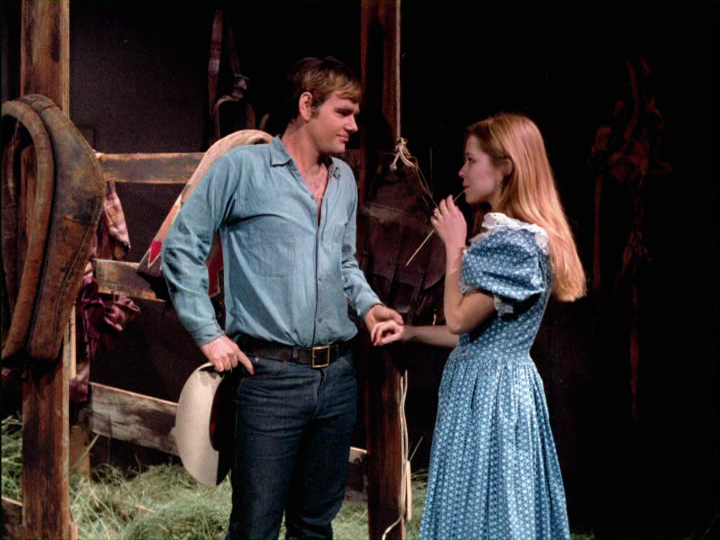 While LINDA AND ABILENE is overlong at 93 minutes, it’s still interesting as a rare erotic western, even if the “western” elements don’t really come into play until the last three reels – you can count them because all three films’ chapter stops are broken into “reels,” a nice touch. Vinegar Syndrome’s transfer of the film is amazing, and Lewis’s use of colors are given a visual pop right from the opening credits, as the red lettering practically jumps off the screen. It’s such an impressive transfer that you can also see such details as the reflection of the sun off of the water on the trees in the background, though this also exposes the film to more scrutiny with regards to historical accuracy – you can plainly see the label on Todd’s jeans, for example. It also makes the scar on Marsh’s back significantly more obvious, especially in the first love scene, where the camera practically uses it as a center focus! The (five minute long!) trailer is also included, and it emphasizes the western aspects, the color photography and the prominent boobs. 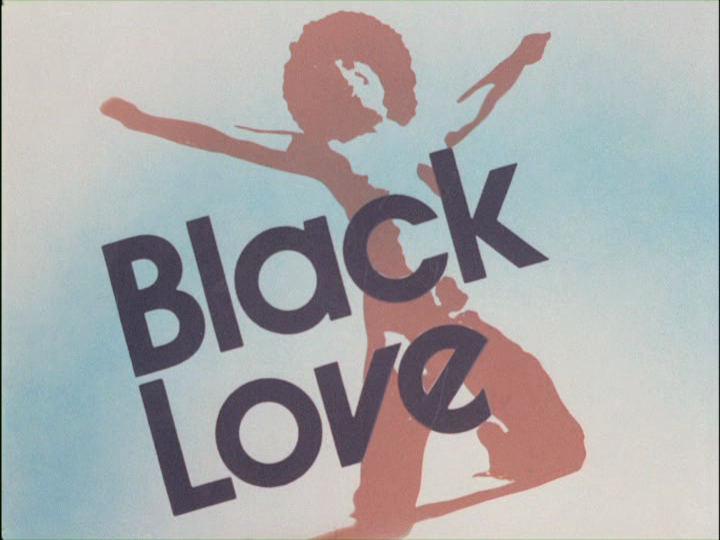 BLACK LOVE presents itself as an educational film about, well, black love, or at least how black people have sex. It’s all held together by an insanely overwrought narrator whose attempt to promote the greatness and power of Black Love starts to come off as hilariously condescending and more than a little racist. 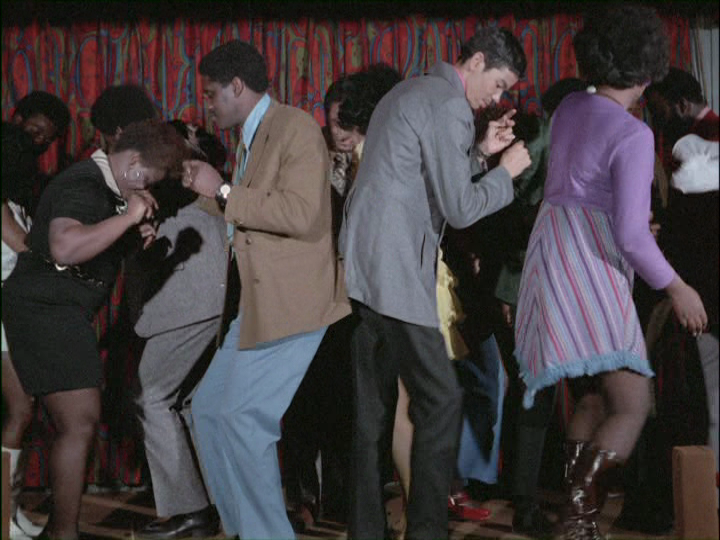 The first group of segments concern how black children discover sex – according to the film, you can’t even go past a playground without seeing a couple graphically hooking up in a car. Seriously, the film claims that most black children learn about sex by stumbling across other people having sex. Not all, of course – one young boy happens across a woman “in an obviously poor area” too immersed in “enjoyment” of the book she’s reading, Lessons on the Foundation of Capitalism(!) to notice that her crotch is spilling out from her skirt.

After these awkward-to-watch segments with underage kids (to be fair, the kids never appear in the same shot as any nudity) we get a pair of nude black figures awkwardly revolving on turntables, as the narrator tells us where Black Love comes from. Then we go to a dance club in which the customers are fully clothed – until the narrator wants us to examine “the shape of the upper abdomen,” when they suddenly appear disrobed. The final segment features an examination of Black Love in couples, which mostly consists of one partner eventually giving in to the other’s demands, followed by a hardcore sex scene. 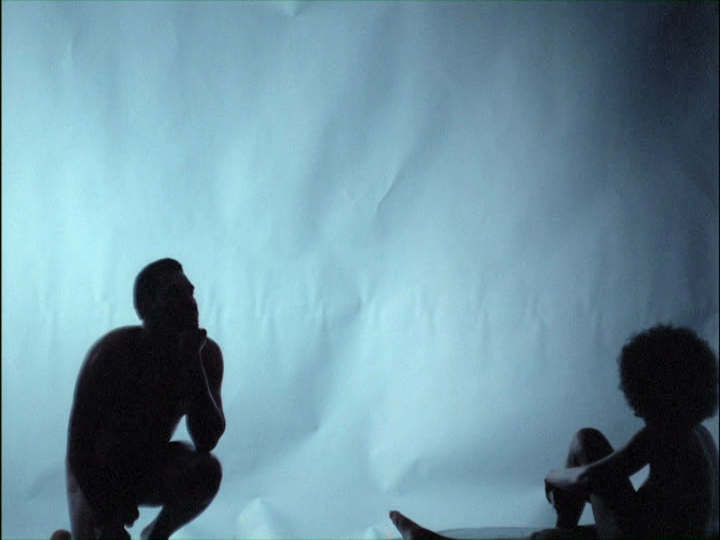 It’s hard to imagine the audience for BLACK LOVE at the time – it’s difficult to see it as being meant for a black audience, and I’d doubt even a bunch of horny males with a taste to watch some “forbidden” nudity from black women would be able to sit through narration like “He sees the vaginal opening of the woman, looking like some hallowed chamber” without giggling. But what do I know? The narrator is what makes BLACK LOVE so watchable, as he furiously speculates about the couple on screen (We see one couple “who have been fighting, but are not now mad with each other,” based solely on the appearance of their genitals slapping together through a window) and often pointing out things that aren’t actually happening.

Of the three films on the set, BLACK LOVE is the standout, if only because it’s such an oddity that you want as much information as possible as how it came to be. Scott’s write-up in the notes does a fine job at filling in the blanks of its production and distribution, but I would have loved some input as to what the cast members or Ray Sager (THE WIZARD OF GORE himself, who was assistant cameraman on BLACK LOVE under the name “Ray Szegha) remembers about the film. While it still looks very good, BLACK LOVE has the most damage of the three, but even then, it’s limited to some occasional color blips and grain. The sound is what matters, and booming narrator “Joseph L. Turner“’s voice echoes nicely from the Dolby Digital 2.0 track. 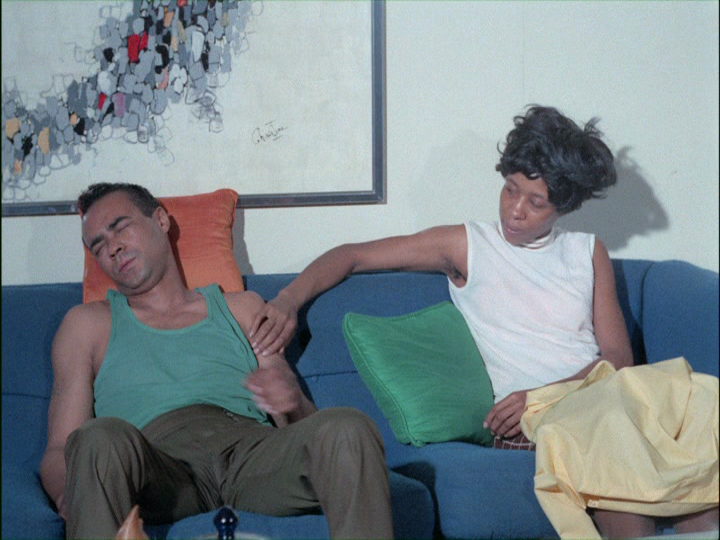 Beyond the liner notes and trailers, there aren’t any extras on THE LOST FILMS OF HERSCHELL GORDON LEWIS, as he’s been less than complimentary about his involvement of the films, but just the discovery and restoration of these titles is a huge treat to exploitation fans. Easily the first must-have Blu-Ray of 2013 (or DVD, for that matter), LOST FILMS is one of the most impressive debut releases of any label I’ve seen in years. Even if you’re not a huge fan of Lewis’s work, BLACK LOVE ranks as one of the most unique films of the sex film era, and the package as a whole should be a more than welcome addition to every Daily Grindhouse reader’s shelf.

(I would like to start spreading the rumor that “Joseph L. Turner” is Chester Novell Tuner (BLACK DEVIL DOLL FROM HELL)’s father. They both allegedly lived in Chicago, and they both turned out astonishingly insane films. Can you prove it didn’t happen?)