Some jerk in marketing is messing with my Kung fu… and THIS Bastard HATES to have his Kung fu fucked with! RZA’s THE MAN WITH THE IRON FISTS has been pushed back from an October release to a November release, which means that hopefully before you stuff your mouth with pumpkin pie you can have a foot of fu up your ass. Currently this is scheduled to pop some eyeballs on November 2nd. If I don’t see some blood spilling via some insane fighting by then, heads are going to roll… which means I jump on my little corner of the web to have a piss ‘n’ moan party. 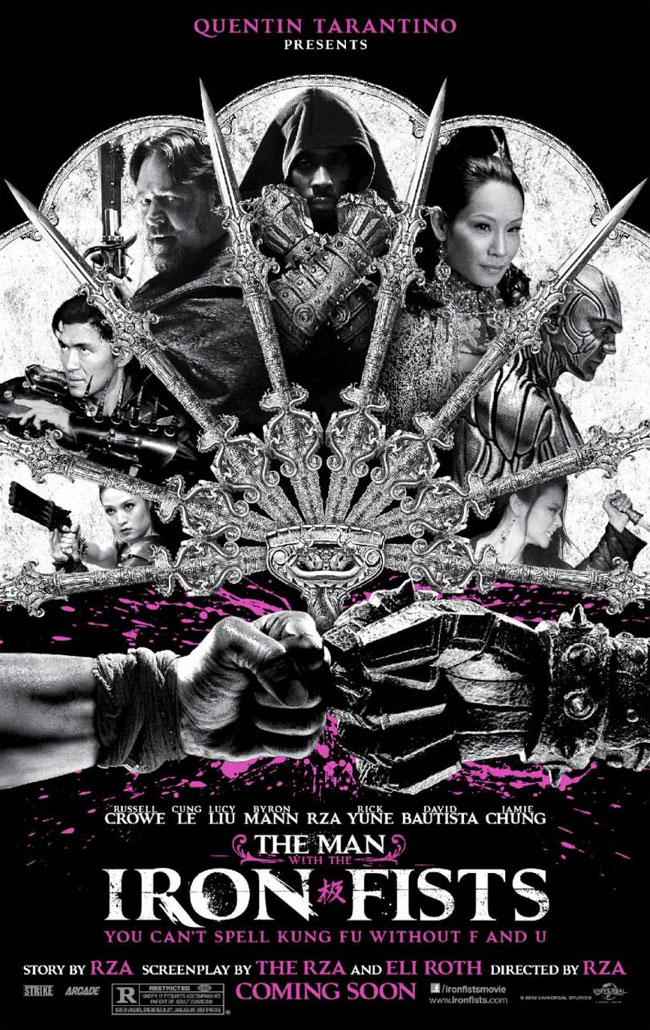