Home  ⁄  The Wire  ⁄  THE MOST DIFFERENT OF STROKES: THE GENRE PERFORMANCES OF CONRAD BAIN 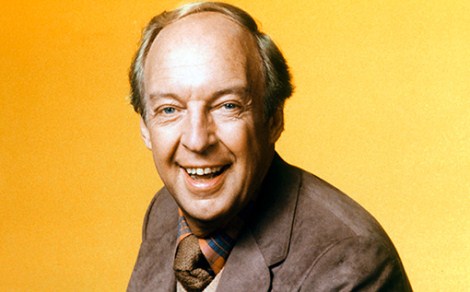 I was originally going to attempt to write a piece on Conrad Bain, who passed away last week at 89, without mentioning the show for which he was most noted. Judging from the obituaries online, Conrad Bain will always be known as Philip Drummond on “Diff’rent Strokes.” Sure, he was also a regular on “Maude,” playing stuck-up Republican Dr. Harmon to play off of Bea Arthur’s brassy title character, but most of the obits recall him as I do, as the well-meaning patriarch of the Drummond clan, who somehow managed to outlive half of the actors who portrayed his children. (Yes, half – I, for one, am not going to leave Danny Cooksey as fourth season ratings-injection moppet Sam out of the equation. He was in TERMINATOR 2, after all.) As much as I’d like to have written a piece that extols the virtues of Bain’s non-sitcom work, I couldn’t do that – my childhood obsession with watching “Diff’rent Strokes” is just too great, and Bain will always be Mr. Drummond to me as much as he would be to the rest of the world.

Bain, however, was 55 years old when he took up the mantle of Mr. Drummond, and had decades of screen credits already accumulated, most notably “Maude” and as town innkeeper Mr. Wells on “Dark Shadows” for the first couple of seasons. (A werewolf killed him, as was the custom at the time.) He’d been seen in supporting roles in several notable films, including COOGAN’S BLUFF, THE ANDERSON TAPES and Woody Allen’s BANANAS as well, but his pre-“Maude” film roles weren’t limited to the studios.

In 1971, along with the aforementioned studio pics and a brief uncredited but memorably creepy role hitting on his girlfriend’s daughter Barbara Hershey in Frank Perry’s underseen LAST SUMMER, he also played supporting roles in some smaller projects, two of which ended up getting picked up for distribution by Cannon Films. JUMP, a little-seen drama about a car enthusiast by Joseph Mandrake (CORNBREAD, EARL AND ME), and WHO KILLED MARY WHATS’ERNAME?, a grimy detective mystery that tried to make Red Buttons a viable thriller star. While neither are undiscovered classics, both reveal Bain’s diversity of talent, and serve as a reminder that even actors known most for the stuffiest of roles can have entertainingly lurid performances hidden in their resumes. 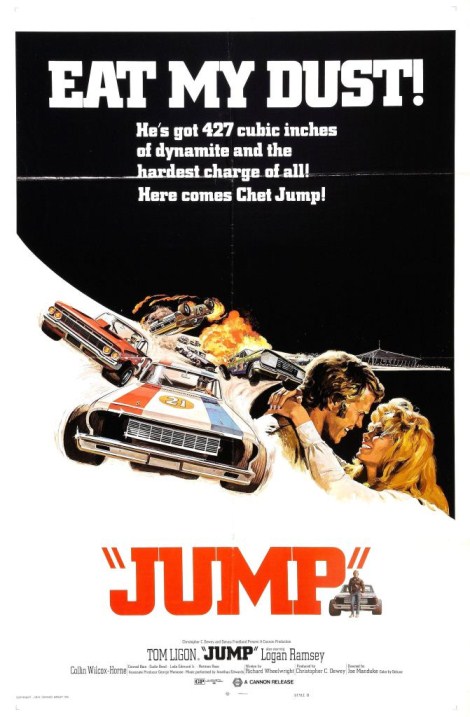 JUMP stars the impossibly blonde Tom Ligon (later former Sheriff-turned-prisoner Alvin Yood on “Oz”) as Chester Jump, a young man whose desire to get out of the small town where he lives and become a race car driver is at odds with supporting his family – his guilt-inflicting mother, heavily religious sister (who spouts bible verses all day) and his alcoholic father Lester, played by Bain, who’s given up on his tobacco farm.

A mixture of comedy, drama and action that veers between several plot lines as we follow Chester’s path, JUMP is the sort of character-based independent drive-in film that was prominent at the time but seems to have vanished entirely today. While some similar contemporaries like VANISHING POINT, DIRTY MARY CRAZY LARRY and MACON COUNTY LINE have managed to stay in the cultural awareness, JUMP has essentially vanished, having been released on VHS as FURY ON WHEELS years ago via Paragon and appearing in the grey market only in a form seemingly shorn of six minutes and with subtitles from a Norwegian television airing. (The Paragon version is also reportedly cut, and some, but oddly not all, of the swearing seems to have been trimmed.) A trailer for the film under the re-release title of FURY ON WHEELS was included in Volume 10 of Something Weird’s Dusk-til-Dawn Drive-In Shock Show trailer compilation, visible below.

The film is clearly Ligon’s, as it follows Chester from supporter of his family to a road race in order to win money out of a group of likable bar patrons — to accentuate his countrified credentials, Chester is in awe at the concept of a credit card. By the film’s final segment, his family has vanished entirely, and Chester becomes involved with an unscrupulous racing manager, played to the hilt by Logan Ramsey in a role that could have easily served as a launching point for Fox Harris’s endearingly creepy J. Frank Parnell in REPO MAN. 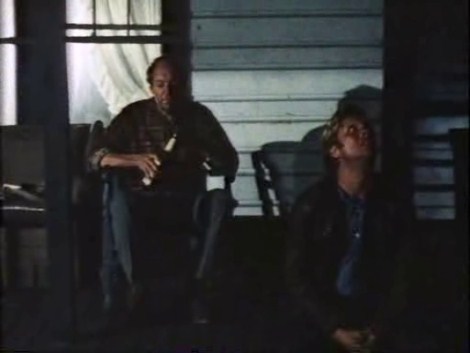 Bain’s role, then, is minor, but the character still makes an impact, thanks to his sympathetic portrayal. In what could have easily been a standard “abusive, useless alcoholic father” part, Bain, Manduke and writer Richard Wheelwright make Lester a defeated man who, in his words, “quit betting on himself a long time ago.” While he offers resistance to Chester’s plans of becoming a racing star, a sense of pride in his son’s ambition comes through even in the scenes where Lester berates his son for not contributing enough to the family coffers. Bain delivers the kind of captivating supporting performance common in the era as he exudes broken dreams though his slurred, southern drawl – a long way from Mr. Drummond’s polished, smirking witticisms. Lester is a man trapped in a marriage that’s long lost its glow, hoping to hold on to the one family member who still has a spark of life, just for the sake of reminding him what the spark looks like. 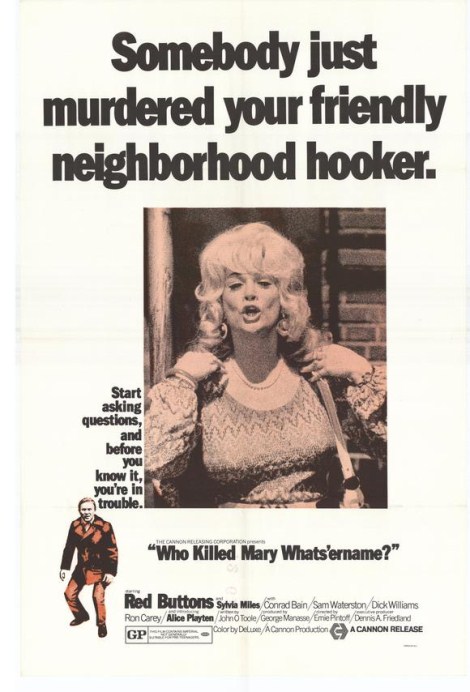 The first time we see Bain’s character Val in WHO KILLED MARY WHATS’ERNAME?, he’s similarly intoxicated – this time talking to a disinterested statuesque woman at a bar (BLOODSUCKING FREAKS’ Ellen Faison) about football, though sans southern accent. An unemployed insurance salesman with an invalid wife, Val is just as defeated as Lester was, though his chance encounter with retired boxer Mickey Isador, played by Red Buttons, seems to give at least a temporary goal in life.

WHO KILLED MARY is an undeservedly obscure mystery film from director Ernest Pinoff, who won an Oscar for the short film THE CRITIC but may be better known to cult audiences as the director of DYNAMITE CHICKEN and JAGUAR LIVES! The film is a starring vehicle for Buttons, shot fresh off of his Oscar-nominated performance in THEY SHOOT HORSES, DON’T THEY? – Buttons may have thought punctuation was the key to a film’s success, as he would later show up in both VIVA KNEIVEL! and 18 AGAIN! just to annoy grammar checks for years to come.

The film opens with the off screen murder of the title character, a hooker in a low-income part of New York City. When Mickey reads about the murder in the paper, he can’t help but look into it after heading how dismissive everyone around him is regarding the death of a human being. Despite recommendations from both his doctor and his daughter (Alice Playten) to take it easy, Mickey jumps head-first into the mystery, getting involved with motorcycle hoodlums (including Earl Hindman), a young filmmaker with questionable ethics (Sam Waterston), a prostitute (Sylvia Miles), a heavily-afroed junkie who leads a cult of “moral” do-gooder old ladies. 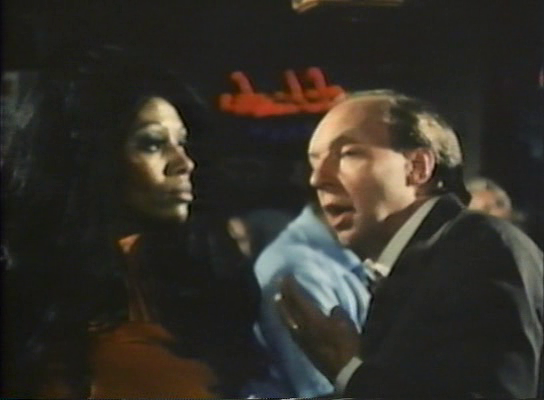 And then there’s Bain as Val, whom Mickey meets in a bar trying to get information on the deceased Mary’s profession. Val agrees to help Mickey, it seems, just for something to do. Val is mostly on the sidelines as a method of Mickey to get additional information, but the film is a compellingly dingy little story that successfully immerses Buttons in the sordid world of prostitutes and junkies, attempting to treat everyone as a real person despite anyone with any authority (including bartender Ron Carey and a cop played by future King of Cartoons Gilbert Lewis) dismisses him as a crank trying to stick his nose into the death of a woman nobody cared about.

While Bain isn’t given a prominent role during much of the film, he makes up for the lack of screen time in the suitably downbeat ending. After he’s revealed as Mary’s murderer, he turns on Mickey and injects the newly-diabetic boxer with an overdose of insulin, leisurely walking out of the room. The film ends with a close-up on Mickey’s face, and while we do get to hear the sound of police cars outside and Mickey’s daughter reassuring him that he’d be all right, it’s a stellar little moment, one that echoes the hopelessness of the rest of the film. (It’s also oddly similar to the final moments of RESERVOIR DOGS, though I’d be likely to chalk that up to coincidence or, at most, a vague recreated memory.) 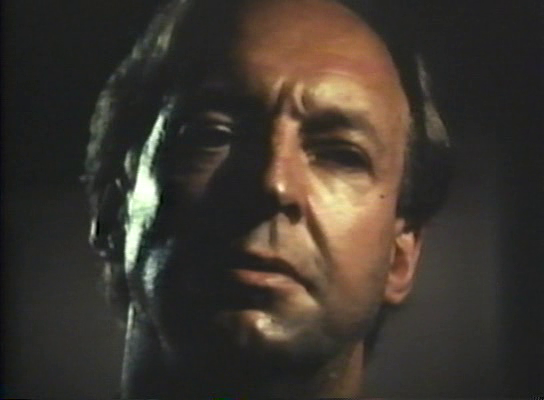 WHO KILLED MARY WHATS’ERNAME?, released to video under both that title by Video Gems, Prism and Video Treasures, the latter in a cheap EP-mode release with awful cover art, and as DEATH OF A HOOKER also by Video Gems, can’t rightfully be called “underrated” simply because it doesn’t really have much of a reputation one way or the other. While it’s not a classic, it’s a fine portrait of the dingy, early ’70s New York with a host of solid character actors and a compellingly nihilistic attitude. Like JUMP, it deserves to make the jump to newer media, just to be seen by a wider, more appreciative audience now open to the lesser-known, lower-budgeted films of the time that lack “camp” appeal.

Bain wasn’t done with hookers just yet, though, and 1979, after “Diff’rent Strokes” had premiered, he made the dubious decision to take one of his only starring roles, that of one of a trio of friends who get into the business of pimping. Yes, A PLEASURE DOING BUSINESS does feature Conrad Bain, pimp, though this PG-rated comedy isn’t nearly as sordid or interesting as the earlier two films. 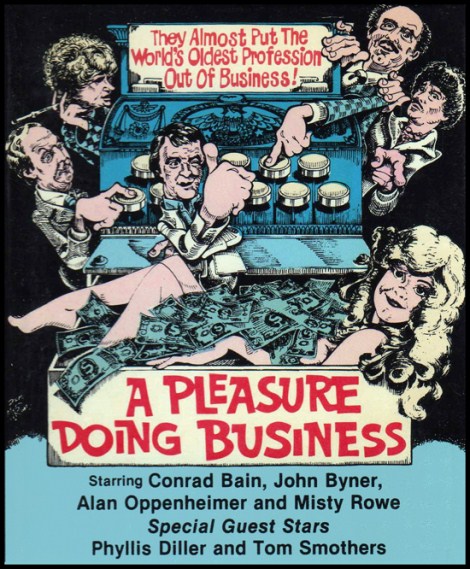 Bain and his two pals, John Byner and Allen Oppenheimer, get the idea to start their own escort service when they attend a bachelor party with entertainment provided by their former classmate Joe (Bubba Smith), now working as a pimp. Realizing how much money there is to be made (seriously, that’s all there is — it’s not a story of three guys in desperate financial straits or anything, they’re just greedy and bored) they get a loan and go into the biz, hiring “Hee Haw” lass Missy Rowe as their main asset. The only catch is that Rowe’s character doesn’t realize she’s a prostitute, she’s just a dim bulb artist who is convinced to be part of the “neo-erotic movement.” Zaniness ensues.

Or at least it tries to. Bain and Oppenheimer are fine, but Byner’s annoying schtick gets old fast, and the movie manages to be racist, sexist and homophobic without being the least bit funny. Cameos by Phyllis Diller and Tom Smothers help things a little, but PLEASURE never becomes anything more than vaguely tolerable, and often sinks much lower than that. The sole film of director Steven Vagnino, Steve Puchalski described it in Shock Cinema as “a super-sized episode of LOVE, AMERICAN STYLE, except without the budget, humor, technical skill, or artistic integrity,” and it’s hard to argue. Released on VHS years ago via VCII (VCX’s non-porn arm), I’ve seen bargain DVDs of this crop up in dollar stores, though I’m sure they’re just transfers from the VHS.

Still, while the film is bad, Bain is fine, and his performances in earlier films make one wonder what he would have done had it not for the sitcom typecasting. Would he have ended up playing the Shakespeare-spewing, daughter-molesting Cappy in TROMEO AND JULIET? It’s certainly a possibility, and the likes of JUMP and WHO KILLED MARY WHATS’ERNAME? show signs of great potential. Even if Bain’s talents were underutilized on film, however, we’ll always have this: