AND MORE THAN A LITTLE BLOOD.

It’s Tuesday, and that means sites are full of new titles to tickle your eyeballs with. So sit-back, relax, and take a look at what’s good enough to stick in the movie playing machine.

AS ALWAYS, CLICK THE COVER ART TO PURCHASE THE FLICK

DG’S PICK OF THE WEEK

Just when I’ve had enough of the found footage genre, I get smacked in the balls by a giant fucking Norwegian troll. I saw this on a Saturday night and I knew fuck-all about it. I think it was the first week or so it was on VOD and for some reason this clever flick snuck under my radar and I am glad it did. This was the first time in a while that I had a sense of discovery with a film, made me kind of miss the days when we didn’t know EVERYTHING about each release hitting the theater. So, in order to preserve some of that experiance with your first look at this film, I am going to avoid jumping into the finer points of the plot and just tell you to see this flick, FAST.

It’s a really clever film that plays with a sense of humor but can also switch gears on the fly into a badass monster flick. I think in a lot of ways this was the film MONSTERS was trying so hard to be. TROLL HUNTER has smart characters, clever plotting, and great (but not entirely fresh) direction from André Øvredal. Looking forward to seeing what this dude does next.

Bloopers (2 min) – Unless this has a Troll shoving a car up his ass like a gerbil… not interested.

Behind the Scenes Featurettes

HDNet: A Look at Trollhunter

Finally, three of the best WIP films in glorious 1080p. God breast all of the girls in this. From Pam Grier getting her boobies flogged, to muddy catfights, this set has everything a boy could ever ask for. The best ‘o’ the bench is THE BIG BIRD CAGE  not only did it set a benchmark for the genre, it just has all kinds of cool going on thanks to Pam Grier who knows how to handle herself in a fight. All three though are fucking epic.

I haven’t checked this one out yet, but I am a sucker for flicks about possessed cars.

I am not a gambler, but I do eat Oreos, and this flick makes me an Oreo eating mother fucker every single time. Malkovich is way over the top in this role but he steals every single scene he’s in. Damon and Norton aren’t bad, they just aren’t Malkovich. This flick is the fucking balls. 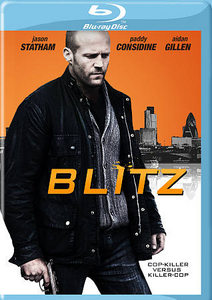 Author Ken Bruen has been called the Celtic Dashiell Hammett. He writes raw, pulpy, noir in a way that can simultaneously make you wince, cry, and punch a fool in the mush. BLITZ is based off of Bruen’s Inspector Brant series and it looks like it covers the first three stories of the “The White Trilogy”. Statham is the perfect person to take on Brant, tough to see anybody else doing it really. I am a big fan of Bruen’s so I am anxious to see what they do with this. His other character, Jack Taylor, was going to have a show on Spike but I am not sure what happened with that.

Embrace the geek… then stab the fuck out of it with some epic sword and sorcery from Roger Corman. The DEATH STALKER films take the prize for me, but Poe is a BARBARIAN QUEEN lovin’ sum’bitch. 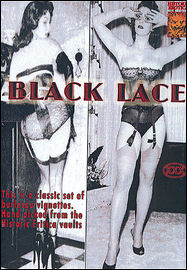 Now THIS is the roots of grindhouse. Just tell the wife/girlfriend you’re watching history. 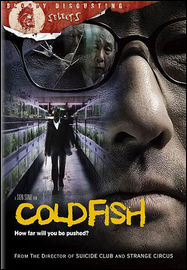 We haven’t seen this yet but we will check it out for two reasons:

A. It has the Bloody Disgusting stamp.

That’s it for this week bastards.

Next week we’re back with the COEN BROTHERS COLLECTION (Blu), NIGHTMARE BEFORE CHRISTMAS (Blu), THE INCREDIBLE SHRINKING MAN, DEAD GIRL, and THE COFFIN. Again, click on the cover art above to purchase the flicks from our partner TLA Cult and support independent sites.

HERE’S TO GOOD WATCHING THIS WEEK…SALUTE!