Often in a horror film, it’s what we don’t see that scares us the most. A glance, here and there, of something terrible. A shadow that turns out to be something other than what we think. Or maybe just the mere look of terror on a protagonist’s face can often be enough to make us assume the worst. More often than not, the “less is more” approach to any given art form tends to be what usually seems to drive the point across. In the case of a horror film, it can be immensely terrifying, if done correctly. In the case of Christopher A. Micklos’ and Jay Sapiro’s THE NURSERY, it is not. 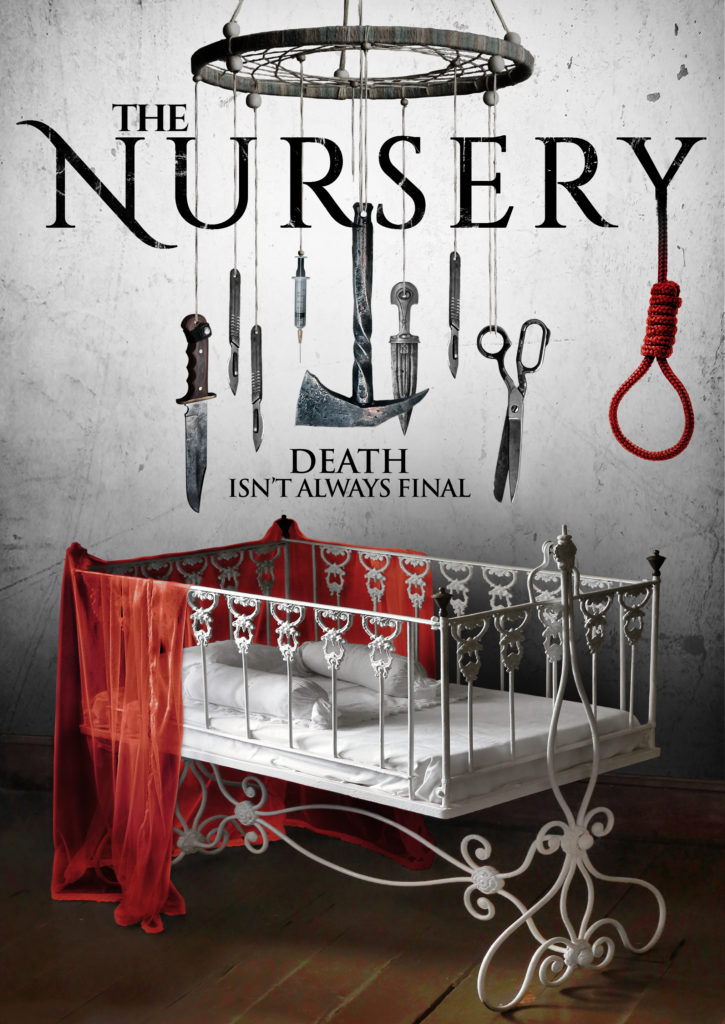 After a brief prologue involving an ill-fated young girl, we meet our protagonist, Ranae, as she waits for her ride among the beautifully-shot campus of The University Of Wisconsin. Unfortunately, not much else in the film is shot quite as well. Ranae is then taken by her friend Calista to babysit an infant that strangely remains entirely off-camera. After only two interviews, the not-so-young couple entrust her with this baby that never needs any kind of care. Basically, her job is to sit there being afraid of a strange haunting, that for some reason only shows up on this very night. As with most horror films, Calista and more of her friends show up as well. How else would she be able to share her terror if they didn’t? Did I mention that her younger brother Ray shows up too, via Skype? Well, someone has to explain ghosts to our unsuspecting future victims. 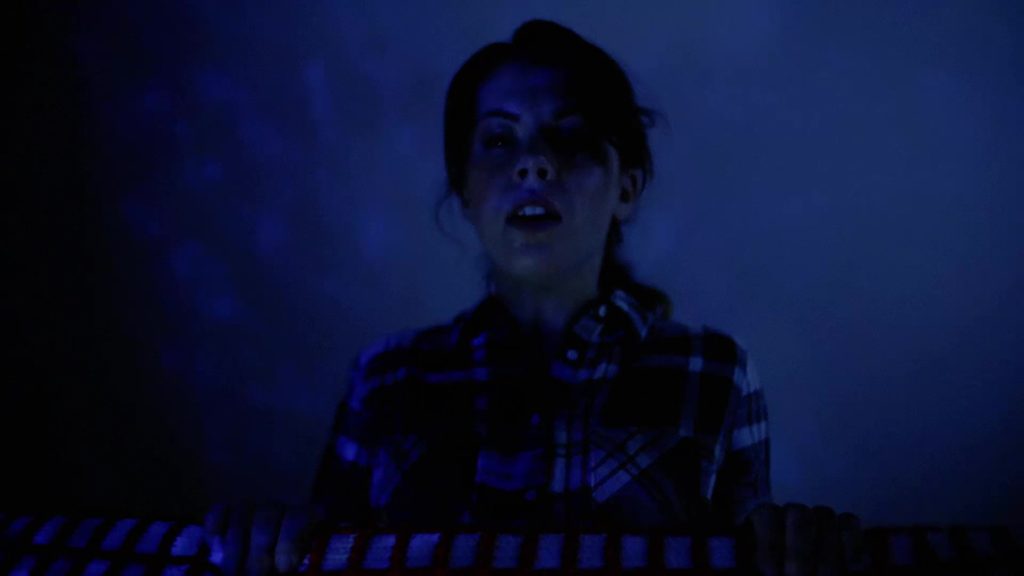 In a welcome twist, our two siblings have a somewhat intriguing backstory, involving their recently deceased mother, hence the brother’s interest into the knowledge of those who moved on from this life. This, and the background information they uncover about the mostly absent parents of the entirely absent infant, become the most interesting aspects of the film. These two plotlines seemingly attempt to come together, yet somehow never really meet. Had these been the main focus of the story, we likely could’ve had a much more interesting and much more fear-inducing film. There was almost zero interaction between Ranae and her brother Ray. He only shows up through a webcam. The story conveniently has Ranae’s friends show up in person. Why not have her brother Ray appear in person? Even a flashback would’ve added a welcomed weight to their story. The somewhat creepy parents would’ve been far more interesting if they had only been given more than just one fleeting scene. If the two backstories had been given even just a few minutes more screen-time, the dynamics of the plot could’ve played itself out in a much more satisfying way. It’s not that we don’t get some interesting payoffs in the last few minutes. It’s just that those payoffs could’ve REALLY paid off had we been given more of a reason to invest our interest in the story. The most interesting compelling character in the film is only given a mere two scenes, when they should’ve been given most of the third act. 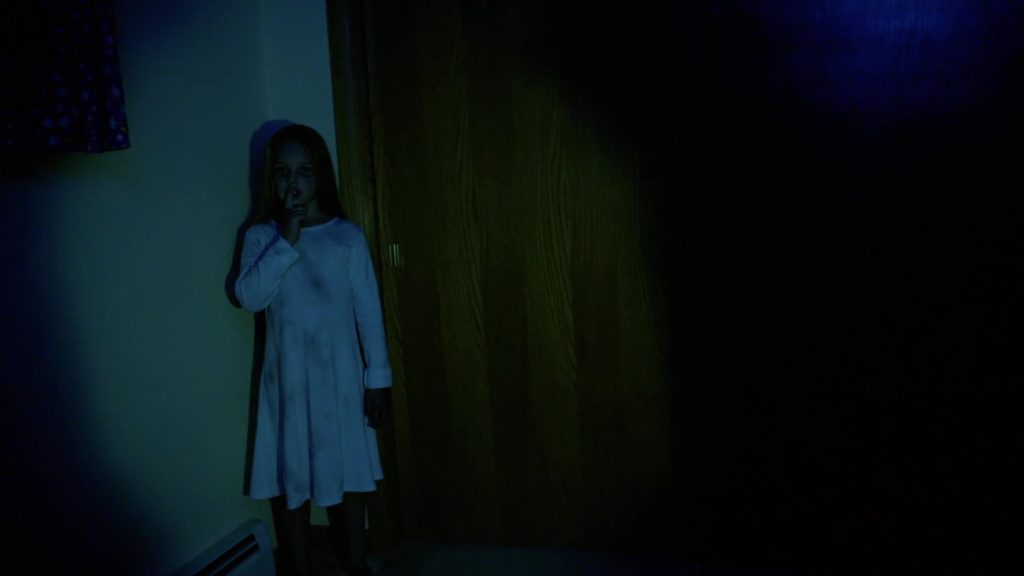 THE NURSERY, having only a mere handful of scares, is a film with some really great ideas that never actually seem to get to play themselves out. What’s good in the film comes across as being one script rewrite away from being great. With any luck, we’ll be given one of those sequels where the underused favorite takes center stage. One can certainly dream. 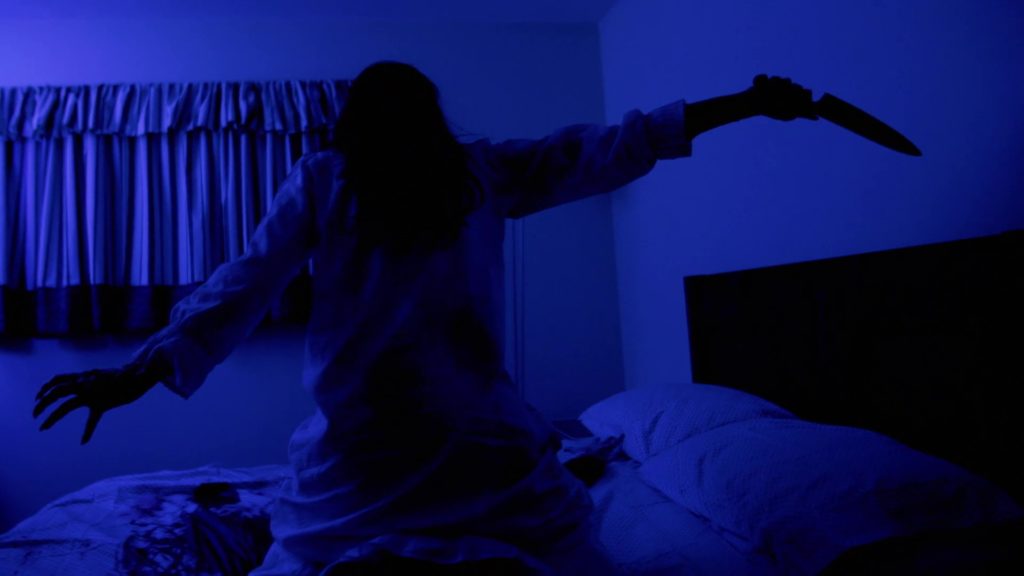