It’s no secret that everything old is new again, and if the height of fashion is vintage style, then you need to brighten up your wardrobe with some new wave, candy-colored goodness. It’s all about standing out, but, at the same time, embracing the past. Many major retailers, including HOT TOPIC and JUICY, have fully embraced this trend. 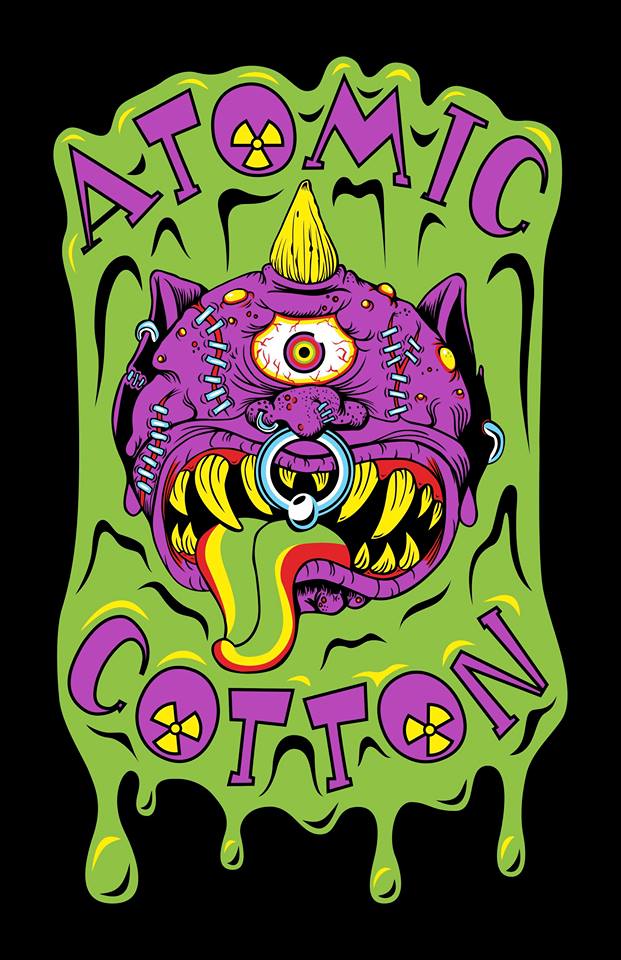 Spearheading this retro aesthetic in the horror community is the clothing company ATOMIC COTTON. Not only do they have the style down pat, but to up the camp factor, they focus their designs mostly on cult classic movies and television shows from the ’70s and ’80s. 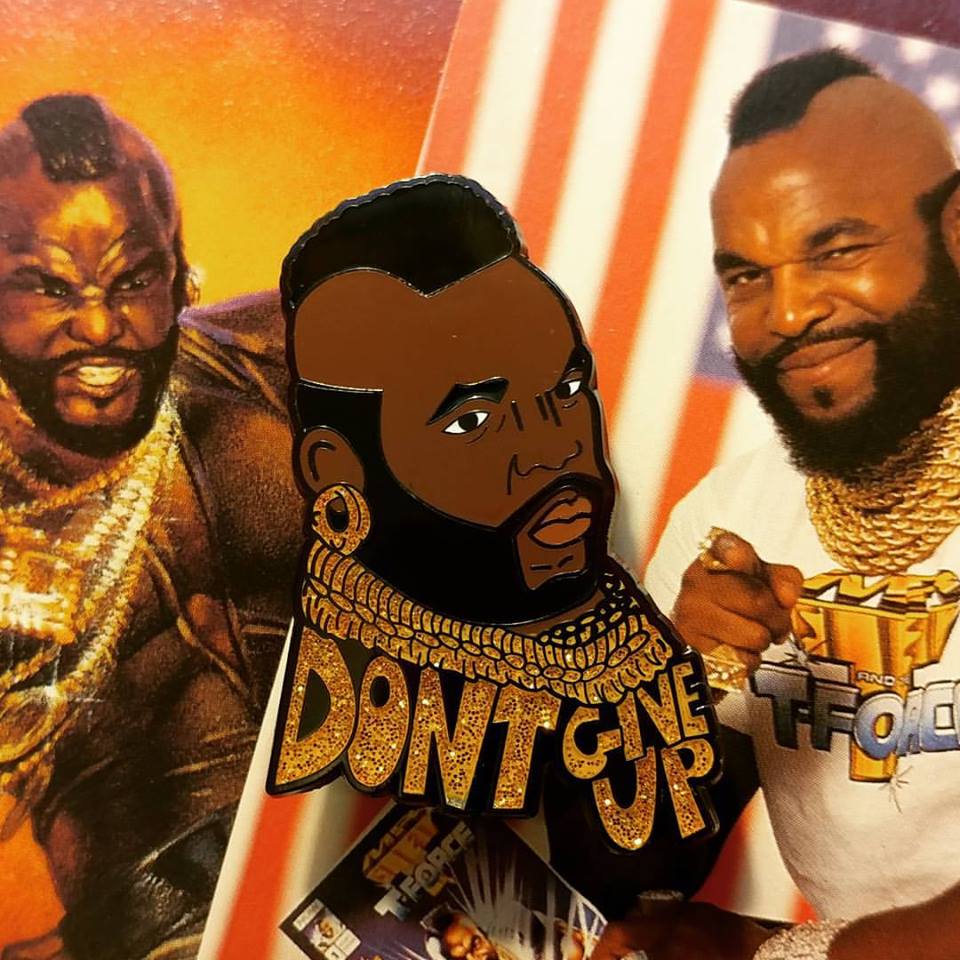 Besides the amazing designs that concentrate on TEXAS CHAINSAW MASSACRE 1 & 2, SUSPIRIA, FRIDAY THE 13TH, and other well-known genre films, they also have many that highlight screen icons such as Divine, John Waters, Sid Haig, and Gunnar Hansen. On top of all this, What makes ATOMIC COTTON so special, is that as part of the horror community, they are always helping to bring notice to independent films. Some of the indie movies for which they’ve done top-notch clothing are SPACE BABES FROM OUTER SPACE, FRANKENSTEIN CREATED BIKERS, and one of my personal favorites, CIRCUS OF THE DEAD. 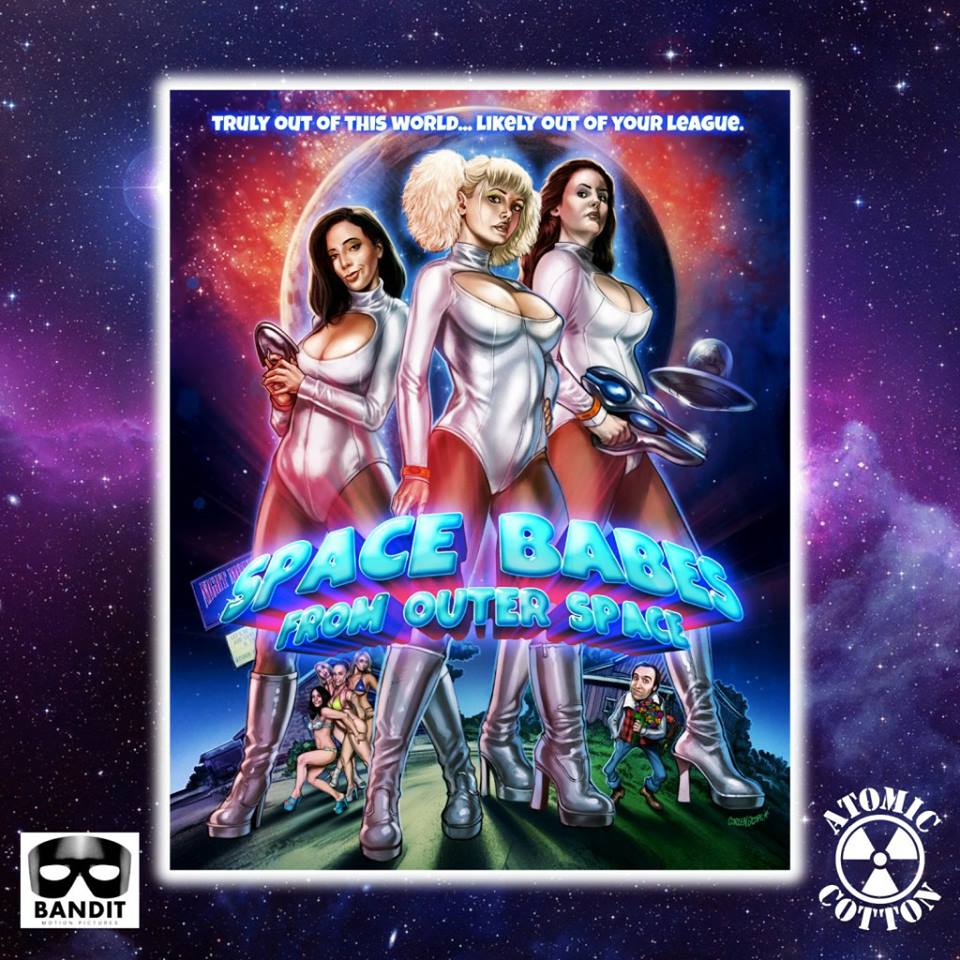 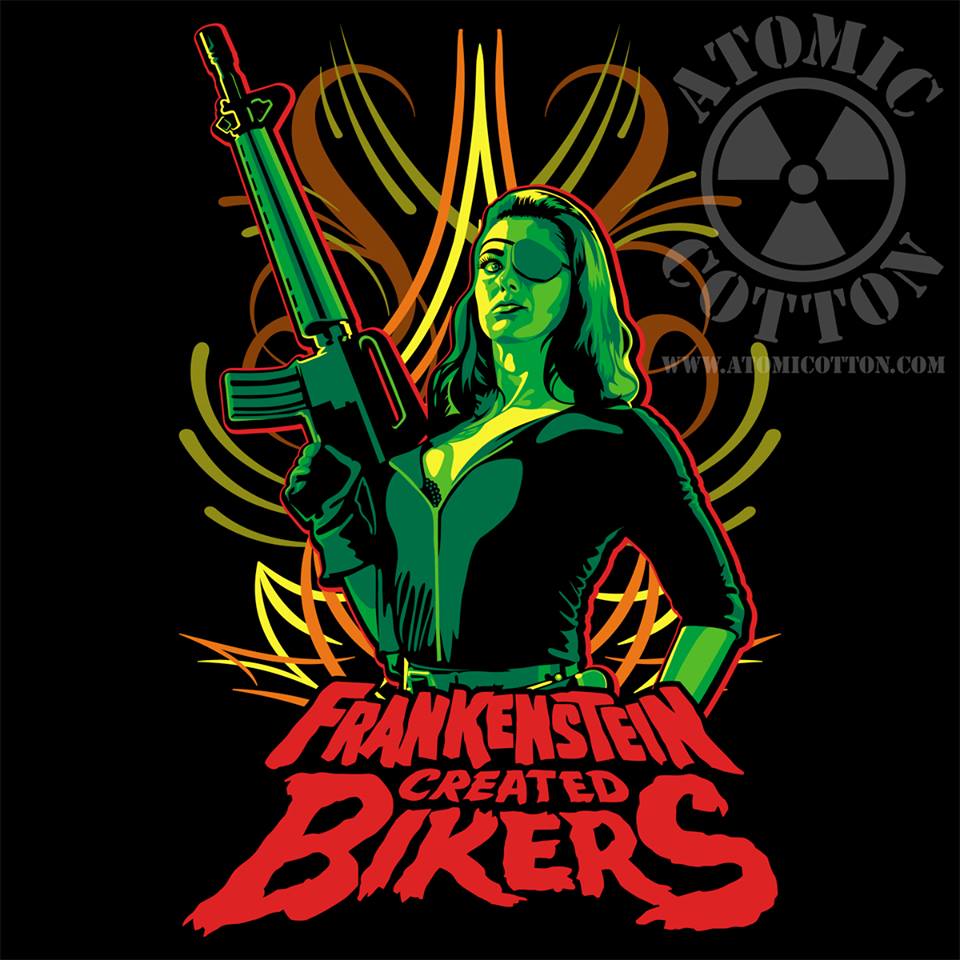 With all the mind-blowing creations that ATOMIC COTTON is coming up with, I just had to catch up with them. Of course, first and foremost, how did this out-of-sight company get started? Erica Kauffman, one half of the ATOMIC COTTON dynamic duo, explained, “When we got married in 2008, we decided that we would use the money from our wedding gifts to buy a screen printing press. I had gone to college for design, and was working for a printing company doing pre-press art, and Zack was working for his family’s business, so things started really slow at first. It was more like, perhaps this can be a hobby that we make money doing. I don’t think either of us ever thought we’d be able to do this full-time. Our screen printing company is called E.Z.T.Z., and we do all sorts of commercial printing, and ATOMIC COTTON is the fun creative outlet, and truthfully, where my biggest passion is.” 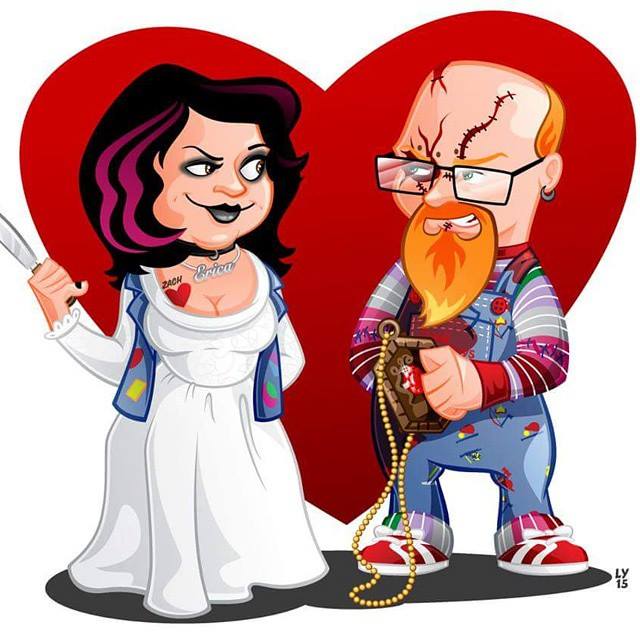 It seems like a lot of hard work. I could only imagine that it is a true labor of love. I needed to know what it was that made Erica and Zack want to start their own clothing company. This is what Erica had to say: “Truthfully, I never thought anyone would want to wear a shirt with my art on it. We had been attending horror conventions for a while, and we met a vendor named T-Shirt Joe. We saw what he was doing and thought… perhaps we can do this. I went home and made a few designs for myself and posted them on Facebook, and people were wanting to buy them. Our first official ATOMIC COTTON sale happened out of the trunk of our car. So we did a little selling here and there, at flea markets and at local events, and finally had the chance to vend at a convention. I came up with 12 designs in one month and around that time, I was laid off from my corporate job for calling a co-worker a “fat hateful cunt” and that is how ATOMIC COTTON was born. With a lot of printing after work until 2 or 3 in the morning by Zack.” 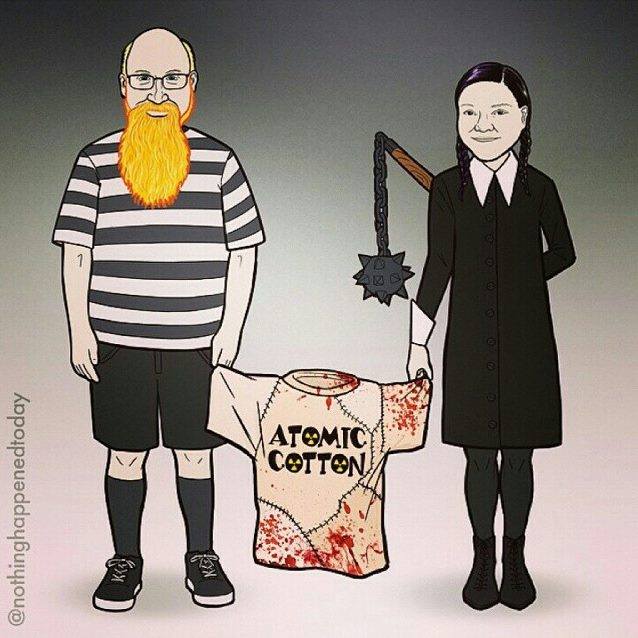 On to the main focus…I just love ATOMIC COTTON’s new wave, candy-colored flair. They have such a unique style, and they really stand out from other vendors at horror conventions. How exactly does Erica describe her own sense of creation? Here’s her own explanation: “Bright! Flashy and Trashy. My buddy J likes to call me ‘the Lisa Frank of horror,’ and I fucking love that. We both (Zack and Erica) very much love movies and all pop culture from the ’80s. I am very into bold color palates, and female faces — I like to do a lot of portrait work. I think what I try to do is make creepy, or trashy, or gory images “pretty.” But mostly I love portraits. As  a printer, I think Zack has his own style as well — he has the ability to saturate colors in prints so they just POP. Most of our shirts you can see from across the room.” 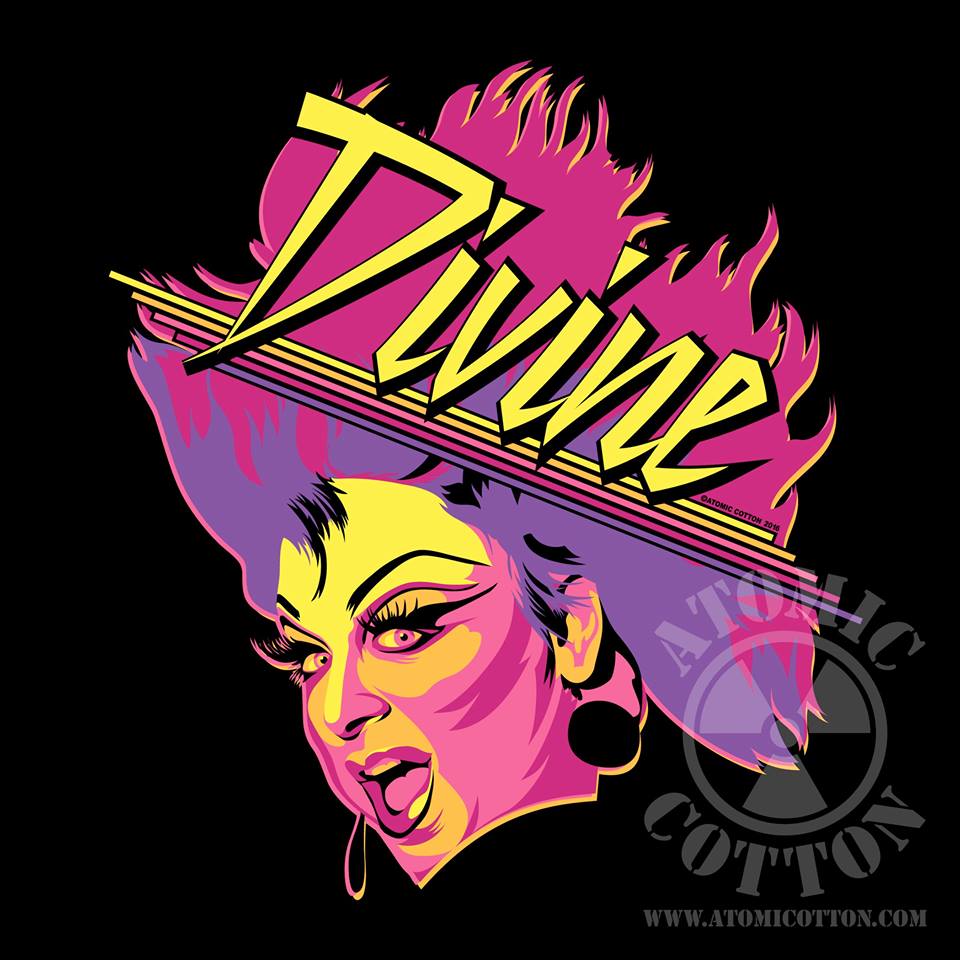 ATOMIC COTTON has worked with many guest artists like Chris Garofalo and Daniella Batsheva in the past. I had to know if there were any artists who they still want to work with but who they haven’t already. Erica says, “Oh, we have a dream list of artists a mile long. The next few we have lined up are Rick Lara, Hag Cult, Tittybats, and Gary Pullin — just to name a few. One of my favorite things is bringing attention to artists who people might not be super familiar with, and just by building that horror community. I try with each guest release to promote the artist as much as I can. There are a few other shirt and pin companies that do this, and I think it is part of the reason the fans keep buying shirts, because the art might be of “Jason or Freddy,” but they don’t have that particular shirt by that artist.” 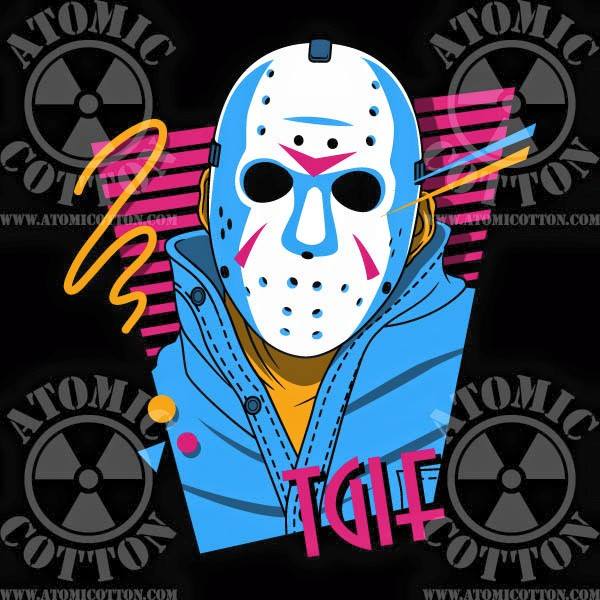 I’ve been a huge fan of ATOMIC COTTON for years, and I discovered them through going to horror conventions. I know I shouldn’t have, but I put Erica on the spot to see which are ATOMIC COTTON’s favorite conventions to vend at. “I hate to say that any one is my favorite, because I don’t think it is about the convention, so much as it is about the people you meet there. But since you are making me choose, I will. I think I like DAYS OF THE DEAD the best, but my reason for liking them so much is that since they have so many cons through the year, you get to know all of the people that run it, and who vend, and who volunteer, like a family. And there are several attendees who hit DAYS shows all over the country.  It’s almost like a traveling circus. We also love TEXAS FRIGHTMARE WEEKEND, MAD MONSTER PARTY, and CRYPTICON.  There are just so many, and they are all good. I kinda have the most friends at DAYS, though. 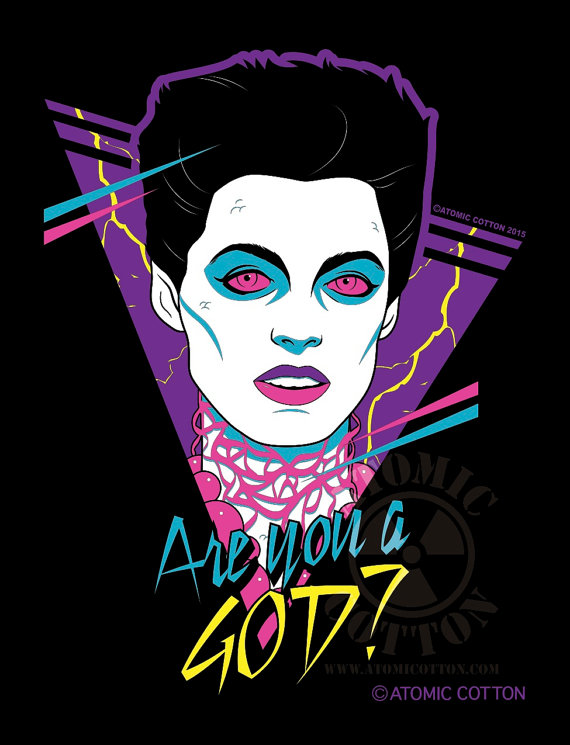 I always get so excited whenever ATOMIC COTTON announce a new design. It was imperative that I found out what’s in the works they could let Daily Grindhouse’s readers in on, and Erica had this tea to spill: ”Well, our most recent release was actually inspired by a trip to your house for a movie night. I did a little tribute shirt to the movie HAIRSPRAY, and it is the sign from the ‘Hefty Hideaway.’ We actually have a bunch by our most prolific guest artist Edwardo Cisneros that he released for TEXAS FRIGHTMARE WEEKEND that we still have to post online.  And there are several independent films in the works that we will be working with. You know’ we try and have new stuff every month.” 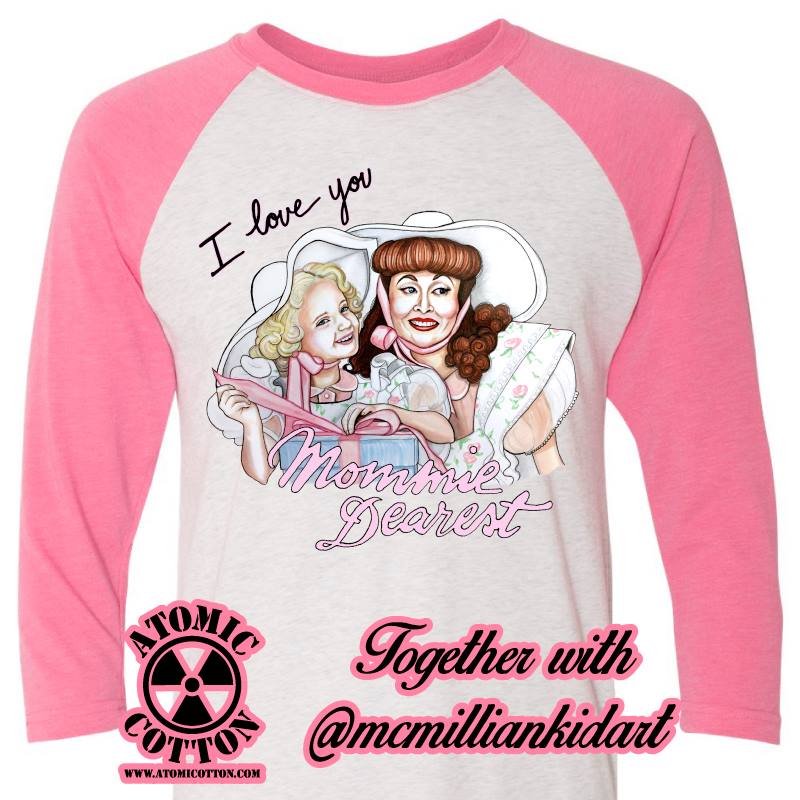 With so many exciting things coming out of ATOMIC COTTON, the logical way to wrap up this little interview was to find out the future of the company. Says Erica, “We are talking with a few distribution companies about licensing a bunch of titles.  Lots of travel, eating with friends, hugs, pet photos, movies, and fancy shirts. But not socks… you won’t see us making socks any time soon.”

This is your main Ripper, Mr. Germ the Ripper, saying “love fashion, hate fascism.” Go and find ATOMIC COTTON on Facebook, Instagram, and Twitter, or better yet check them out at www.atomiccotton.com! Tell ‘em DAILY GRINDHOUSE sent ya, and as always, stay DRESSED TO KILL! 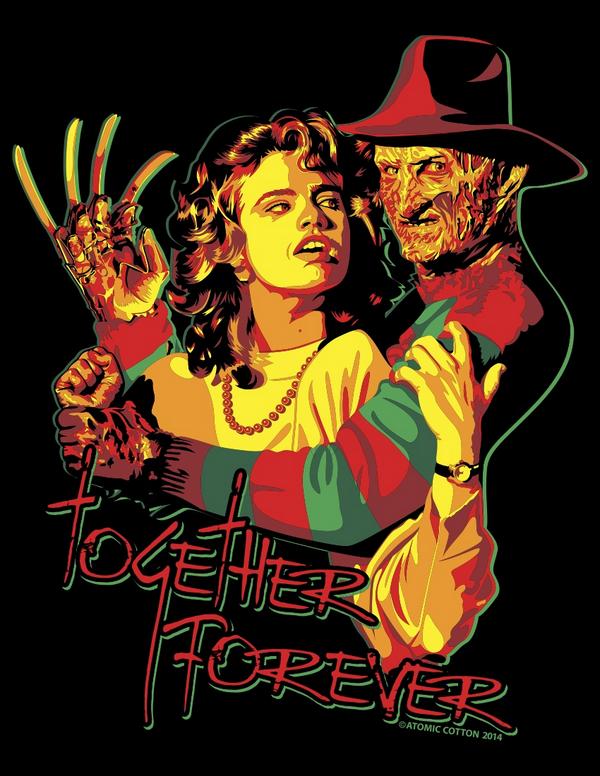