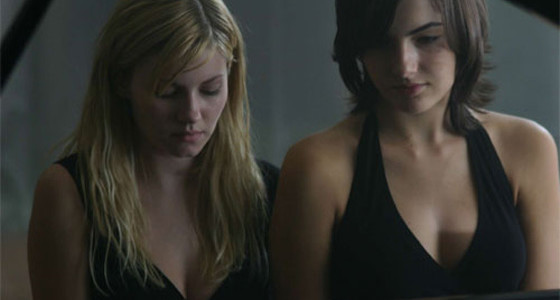 Everyone has their secret desires. Some might be deemed too embarrassing to share, while others are considered too taboo. It’s these desires that awaken a different kind of energy within people, and can often make one feel more alive when they find someone to share it with. Today’s youth have way more access to discover and explore these desires than I did growing up. I had to hope that I would stumble onto an adult magazine under a relative’s bed, or in their closet. Another option was to be home alone and to try to look up a website with my particular tastes, and hope that my dial-up wasn’t too slow. With smartphones and tablets, it’s so much easier now for people to utilize their wireless networks and tp simply type in key words to find both pictures and videos. On top of that, there are endless options for social networking and it’s much easier now to find like-minded people around the world. Director Jamie Babbit released THE QUIET during the transitional period in American culture known as 2005. The iPhone was still two years away from changing the way we look at our phones, and Facebook was still a student-based website, overshadowed by the then-extremely-popular Myspace. 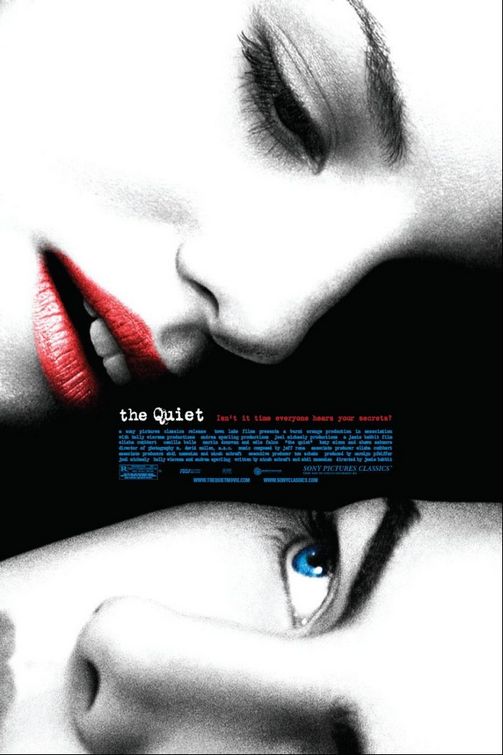 THE QUIET revolves around the young and deaf Dot (Camilla Belle), a teenager who lost her father and is now living with her godparents and their daughter, Nina (Elisha Cuthbert). The time spent with them is alarming to her, as Dot quickly discovers that Nina has a sexual relationship with her father (Martin Donovan). While Nina tries to play it off cool, it’s clear that this is really doing some emotional damage to her. Her friends think she’s a virgin, and question why a beautiful girl isn’t even attempting to spend time with the boys at school. And how exactly does Dot find out about this? Well, it turns out she might not be so deaf and mute, but that’s her secret. Dot wants to protect Nina from her father, but she finds herself also becoming the sex therapist for Connor, a boy at school lusted after by Nina’s friend. He verbally confides in her his masturbating habits, as he believes she can’t even hear him. These secrets quickly escalate into something bigger, and Dot struggles with exposing a potential murder and giving away her secret. 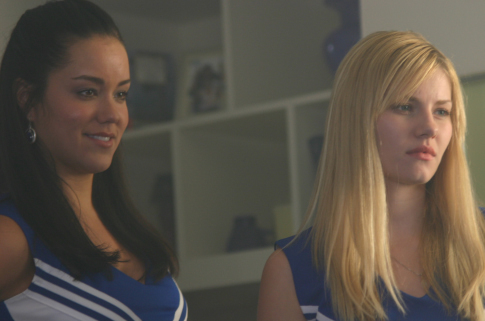 THE QUIET really hits the taboo marks, by making it questionable how much of a victim Nina really is. The film takes pleasure in having her walk around a great deal of the film’s running time in a cheerleader outfit, emphasizing the naughty daughter who needs to be punished by a ‘Daddy’ fantasy. Nina spits out plenty of profanity, but she loves her long child like blonde hair that spills on her shoulders. Dot is her conservative counterpart with her dark features, lack of dialogue, and baggy clothes. Nina’s best friend, Michelle (Katy Mixon), adds to the perverse nature with her need to be seen as the ultimate sexual object. Michelle pressures Nina on a daily basis, making it known that her assumed virgin status will make her be seen as a spinster. There’s not a lot of sex physically shown on screen, but there’s plenty of graphic dialogue describing both specific acts and what turns on the men in the film. I’m sure THE QUIET will be questionable to different viewers in terms of its morale, but I personally love it. I find it to be extremely funny, sad, and trashy all at the same time. The actors are all on the same page, as the film is difficult to define as a genre, but it is — for sure — erotic. The specific interpretation of those erotic moments will probably differ from viewer to viewer, and some will find shame in being turned on by those scenes.

Today, however, I wonder how different the film would turn out, as there are plenty of ways to communicate your personal needs without exposing yourself to someone like Dot. These moments are both sexy and embarrassing at the same time, but THE QUIET allows us to translate those thoughts into a voice that we might not care to admit we have.