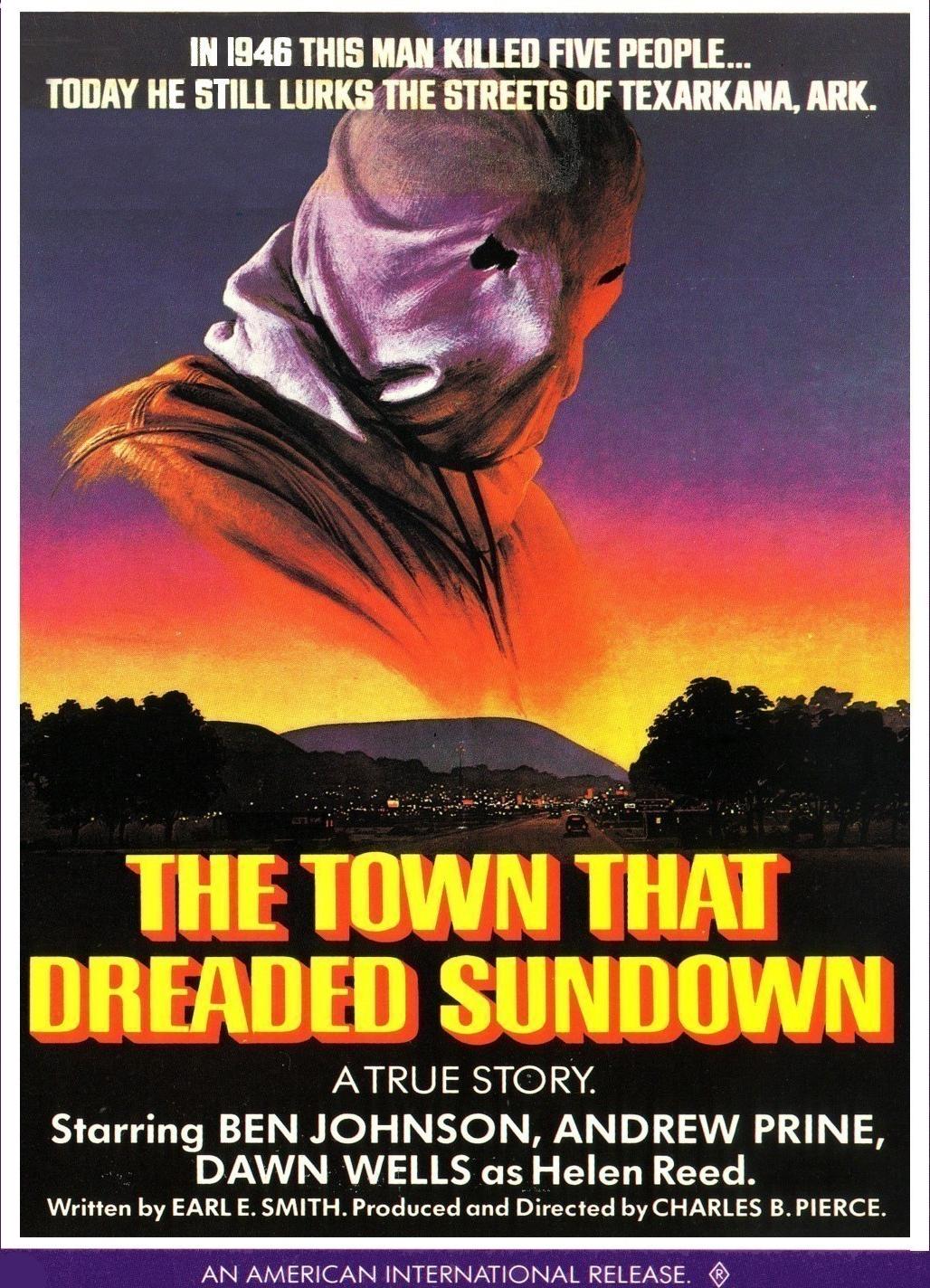 In 1946 he killed 5 people. Today, he still lurks the streets of Texarkana, AR. Unlike other classic horror films which suggest they are based on facts, THE TOWN THAT DREADED SUNDOWN actually is. This is a great and often overlooked film, but if you are a horror fan you have seen this more than once. The killer is a classic and is one of the first to wear a mask which is a burlap bag; it would inspire the one worn by Jason Voorhees in FRIDAY THE 13TH PART 2.

Unless I am forgetting something, this film features the only scene ever made of death by trombone, which is both awesome, gruesome, and creative. Director Charles B. Pierce (who started with THE LEGEND OF BOGGY CREEK) would never make anything that came close to this film. In fact, he is probably best known for writing the Dirty Harry film SUDDEN IMPACT and coming up with the line “Go ahead, make my day.” Dig it.