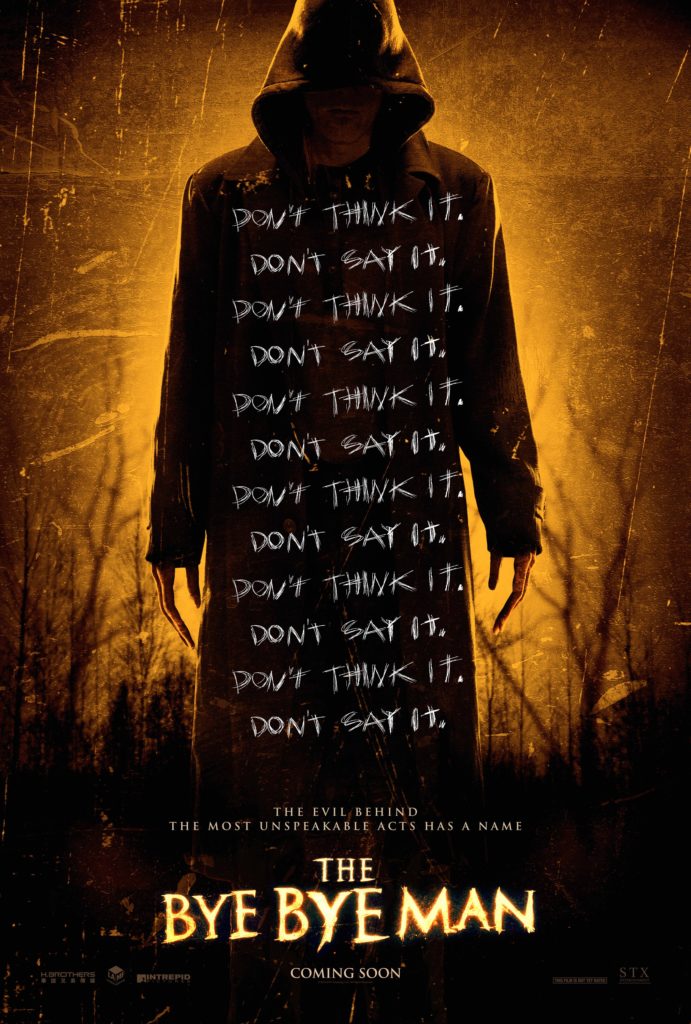 I adore good stories. I love consuming them, I love telling them, and I’m always looking to improve my writing skills. In an effort to become a better storyteller, I sat down a few evenings ago and completed a fun little screenwriting exercise in which I created a scene from a cliched horror film that was so full of tired tropes that the story practically wrote itself. From the scantily-clad blonde teen to the ringing phone jump scare, I ripped off every paragon of the genre that I could think of. The concept behind the exercise: by vomiting up a tried-and-true scary movie formula with little effort, I would be able to spend that time focusing on the technical formatting and structure that needed practice. So, in a little under an hour I cranked out a pre-title-card opening for RAMPAGE, a cheesy ’80s slasher that ticked every box and offered nothing by way of originality.

Apparently, the makers of THE BYE BYE MAN had the same idea. 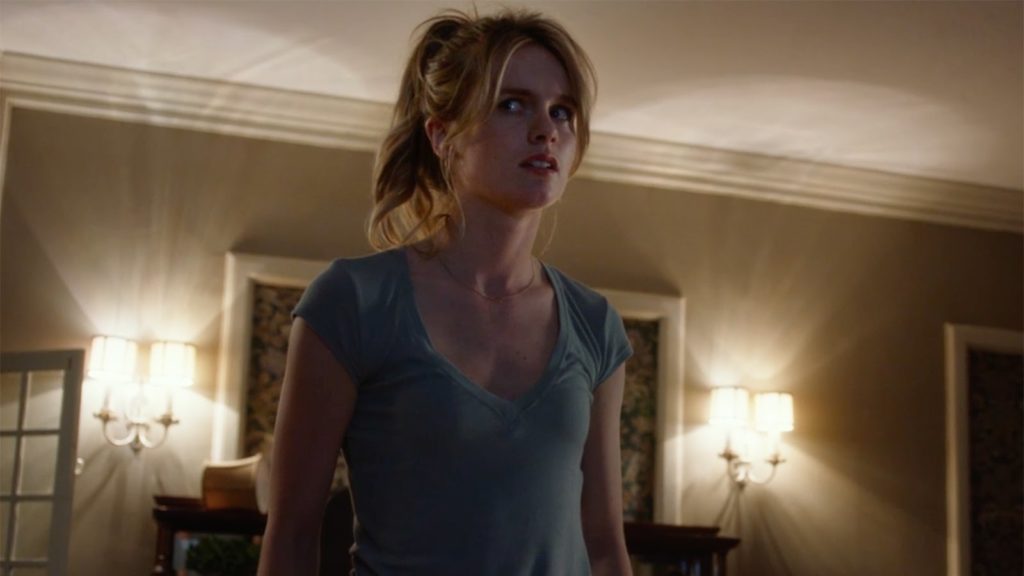 Three students at the University of Wisconsin —  the buxom Sasha, nerdy hunk Elliot, and his athletic pal John (Cressida Bonas, Douglas Smith, and Lucien Laviscount, respectively) — make arrangements to crash in a decrepit but spacious mansion, located off-campus. Enter the Bye Bye Man, a wide-grinning, slate-gray specter with the spindly appandages that Creepypasta nightmares are made of. He permeates throughout the story under a single premise: if you utter his name so much as one time, you’re done, son. The Bye Bye Man invasively takes possession of your soul and compels you to do his bidding, often with deadly consequences for anyone in the vicinity. 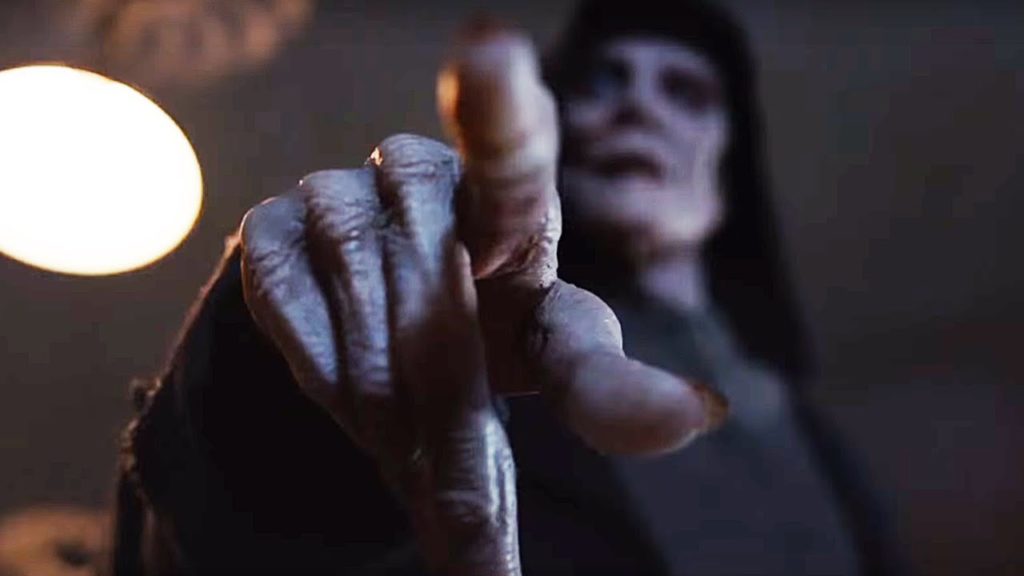 For what it’s worth, I did enjoy one performance over all (admittedly competent) others in the cast. It’s been a while since we’ve had a simple, no-fuss horror icon with a recognizable name like Freddy, Jason, the Candyman. While the Bye Bye Man moniker is arguably one of the silliest horror villain names in recent history, the man himself was genuinely creepy. Doug Jones brings his a-game as always, contributing a level of gravitas to the role that truly made the Bye Bye Man a sinister baddie. 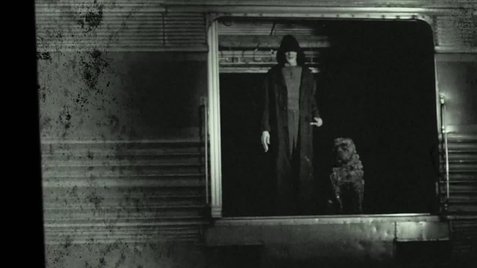 Rather than drawing inspiration from and building upon the old tropes, the film proudly struts around as it hits the millennial horror marks we’ve all seen before: the eerie-looking kid, the foreboding scribbled drawings, even the protagonist poring through newspaper archives and researching demons on library computer. If you’re a fan of the show Supernatural, you’re very familiar with the blackened, bleeding eyes and mouth that features heavily here. There’s no fresh twist, no subverted tropes, no meta-humor to make such cliches excusable, as seen in SCREAM and CABIN IN THE WOODS. While it’s disappointing that a script this weak got the green light, it’s certainly not surprising, given corporate horror’s track record for cashing in on any horror element that brings box office dollars. This time around, they simply looked at every jump scare and trend in the last decade of horror, and baked it in the oven at its lowest setting to serve the audience an undercooked, congealed mess. 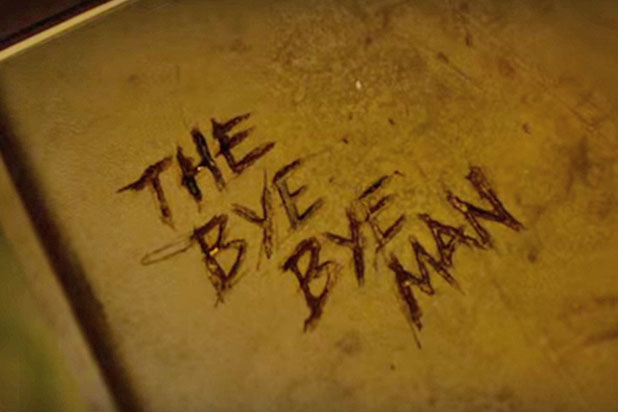 The idea was simple enough: THE BYE BYE MAN uses horror like the genre giants that came before it, to explain the unexplainable. Random acts of violence aren’t so random; bad things happen to innocent people because the Bye Bye Man compels people to do those bad things. On paper, it sounds like a novel idea. A malevolent boogeyman as the catalyst behind horrific, inexplicable events? Sign me up. While the concept sounded promising, the execution just wasn’t up to the standard set by a previous (and successful) film with a similar utilization of its boogeyman, THE MOTHMAN PROPHECIES. The film played out with enough predictable jump scares to make for a robust drinking game upon home viewings, but the dread it attempted to elicit just wasn’t happening. The rules put in place were followed, then broken in a schlocky spree of FINAL DESTINATION-like deaths, only broken up by excessive exhibition or dialogue that furthered nothing (who announces that they’re going to brush their teeth?). The problem is that despite the schlock, this isn’t a schlock film, and had the potential to be something more than its generic final product.