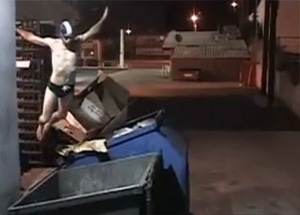 Some big news for you STAR TREK geeks out there: Engelbert Humperdinck has been cast in a “lead role” for the upcoming sequel. You might remember him from BBC’s SHERLOCK, Spielberg’s WAR HORSE, and/or Swayze’s ROADHOUSE. 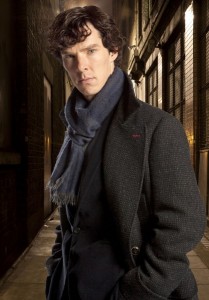 Of course, since this is a J.J. Abrams gig, there are no further details – you know, since it’s all Top Secret and shit. Personally, I think J.J. needs to get over himself. Anyone responsible for THE PALLBEARER and REGARDING HENRY needs to be taken down a notch or two.

And JOY RIDE wasn’t very good, either. SUCK IT!

There’s a new trailer out for the horror film ATM. No, it isn’t about my propensity to get stuck behind senile old ladies trying to refinance their mortgage through a stupid machine.

Instead, the flick centers around a group of bank patrons who get stuck at a 24-hour ATM (hence the title!) while a psychopath stalks them outside. The trailer looks decent, but so did the preview for THE DEVIL INSIDE. 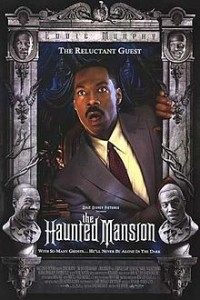 Looks like we’re getting another movie based on an amusement park ride.

This time, “Matterhorn,” aka The Bigfoot Ride, is getting the nod. Of course, this begs the question: Are we going to get a PIRATES OF THE CARIBBEAN or a HAUNTED MANSION? Oh wait, it doesn’t matter. Both of those movies blow. And maybe – just *maybe* – it’s because THEY’RE BASED ON FUCKING RIDES! 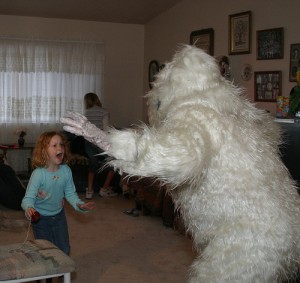 Apparently, this film will be told in real time – just like the Johnny Depp snore-fest NICK OF TIME.

I dig a good haunted house movie (for example: 1963’s THE HAUNTING), but more often than not, they’re pretty fucking awful (for example: 1999’s THE HAUNTING). It stars Elizabeth Olsen (yes, Mary-Kate and Ashley’s sister), who reportedly was amazing in MARTHA MACY GLENNGARY MAY ROSS, which I’ve been meaning to see, but keep getting distracted by shiny objects.

Inspired by a true story. My ass. 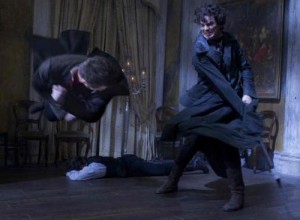 Um, this is pretty self-explanatory. Timur Bekmambetov, who also directed NIGHT WATCH and DAY WATCH, is a visually-innovative director. Those two movies are fucking nuts. But then we must consider WANTED, which simply sucks loud and hard. Add the fact that Tim Burton has his grubby paws immersed in the production, and almost all interest circles gracefully down the toilet.

That said, the picture is pretty badass.

Based on a true story. 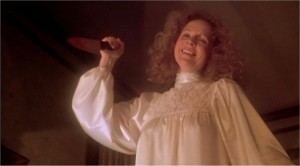 And finally, what do you Bastards think about the upcoming CARRIE remake?

Granted, new takes on classic films more often than not equate to shit, but supposedly this is blazing a new route by introducing a feminist twist. It will be directed by Kimberly Peirce, who also did BOYS DON’T CRY (which, topically, hits a little too close to home for DG Head Honcho Poe, so let’s try to be sensitive).

The first film had an interesting take on religion and class structure, with a dash of the aforementioned feminism. So honestly, I don’t see the new CARRIE breaking any ground. Also, the original CARRIE is a fucking classic. I don’t think you can improve on the film’s creepiness, Spacek’s performance, or Travolta’s Vinnie Barbarino-ness. So, dollar signs aside, what’s the point?

Oh, that’s right. When has Hollywood needed a fucking point?

Originally, SLUMBER PARTY MASSACRE was supposed to have a feminist slant. We remember how well that turned out.

HARD TO DIE, on the other hand, was the balls.

That’s all for now. I’ll keep sifting through the dumpster and scouring the sewers for more news and bullshit.