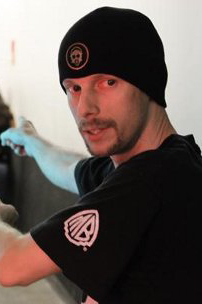 To mark Todd Jason Cook’s triumphant return to genre film-making, we asked the director to let us know what horror films have continued to inspire him in the years he’s been away from horror. His list is, unsurprisingly, varied. In no particular order:

“I just recently saw. I liked the fact that it was a stylish and artistic thriller about a constant strive for perfection which ultimately leads to a downfall.”

“Similar films that I really enjoyed because of the realistic feel they gave about being literally trapped in a building with chaos all around.”

“A surprisingly good slasher film that I really enjoyed. The gore was pretty intense and I thought the story was very creative.”

“This was another fun modern slasher that I liked because it melds the world of horror movies on screen with a killer who is creating horror behind the scenes.”

“Many have seen this one and many love it. I loved how the gore was always over-the-top and it showed a lot of 80’s love, which is my favorite era of horror films.”

“Planet Terror was my favorite story for obvious reasons. I love the retro style and artistic flare of the story.”

“This was another surprisingly good modern slasher. The chrome skull mask and red eyes alone is what I found cool.”

“I did not care for HOUSE OF A 1000 CORPSES but I really enjoyed TDR. I thought the story was more entertaining and the characters were believably twisted.”
Rob Zombie’s Halloween (2007)

“I thought this remake was excellent because Rob Zombie gave us a true look into how crazy the home life of young Michael Myers was. I also thought he did a great job of making the adult Michael so much more savage and brutal in his approach.”