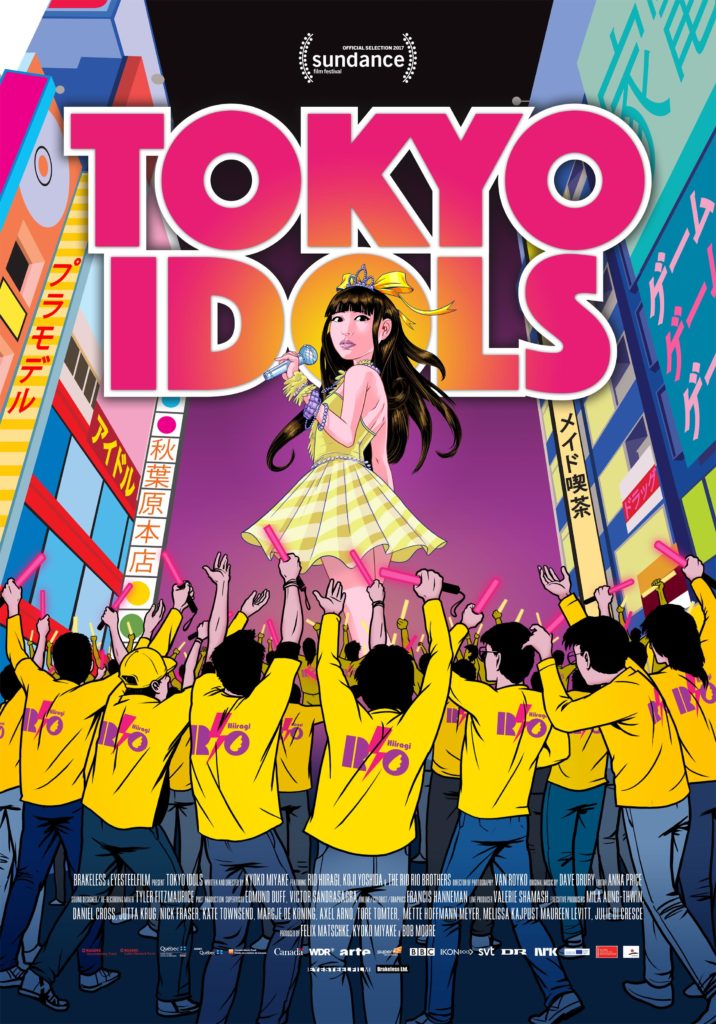 Step into the world of Japanese idols, where cute young girls compete to be stars and live off the support of their otaku fans. Idol culture is thriving in Japan, with Japanese idol girl groups like AKB48 earning $1 billion per year. The typical idol girl is young and cute, and sings and dances, creating a fantasy world for nerdy men to embrace in the documentary called TOKYO IDOLS, currently streaming on Netflix.

A few words on otaku culture: In the West, the term otaku indicates a fan of anime, manga, and Japanese pop culture. However, in Japan, an otaku is a person who spends all their time and money on their hobby. Most Western fans are not going to spend all their money on a hobby — however, a Japanese fan would. An American fan may like an anime, like My Hero Academia, and a Japanese fan will pick one character from My Hero Academia, such as the cute girl character,Tsuyu Asui, and obsessively spend all their money on figures, posters, and all merchandise just for that one character. This is the only thing that makes the Japanese otaku happy, even if there is no extra money left over to live on. So, idols grow out of this need for otaku to feel acceptance in a world that rejects otaku.

In TOKYO IDOLS, the documentary follows a young idol called Rio, who gives her best to her male fans. In the beginning of TOKYO IDOLS, Rio is 19, while her fans are in their forties. This is disturbing. Several of her fans expressed stories of having girlfriends in high school and college that didn’t lead to marriage, so they became Rio’s fans to give their income to support her dreams. This makes them feel better about being single and alone. They form fan club groups and attend concerts to dance, shout, and wave around glowsticks.

Particularly peculiar is that one man in his forties who said he spent $2000 per month to support his favorite idol and no longer visited his parents. He said they understood what he had become. He was now an otaku who spent all he had on a cute idol who will never love him back or provide emotional support that his real family could. To me, this is the darkside of being an otaku, and a far cry from American fans, who meet up at cons to party. 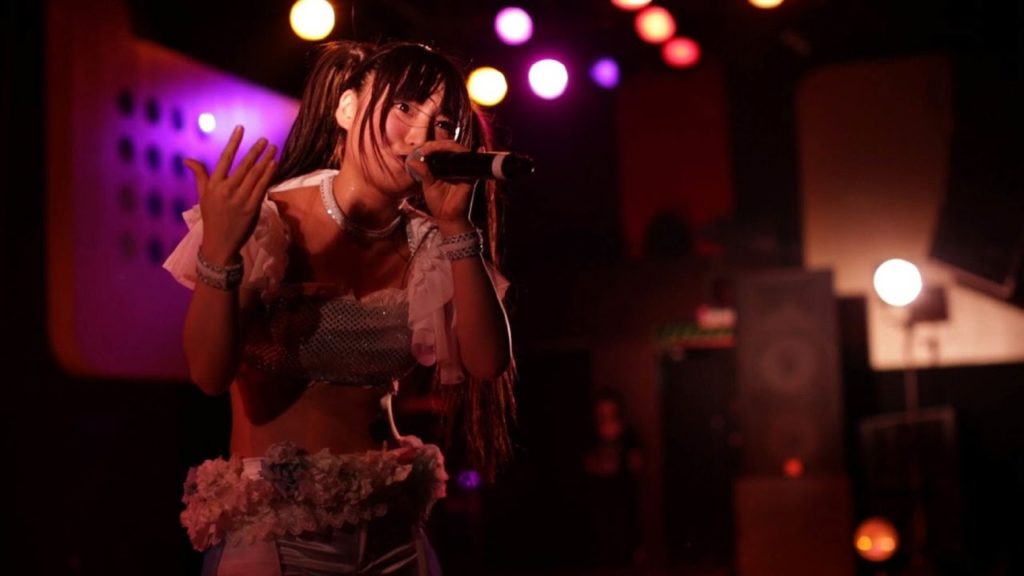 It is interesting how the idols create themselves. They will go to Akihabara, Tokyo’s electronics and anime district, to get a job at an Idol café, where they can sing, dance, act cute, and develop ways to attract supportive fans. The girls get voted on, and the most popular of them manage to graduate from waitress at a café to an idol. However being an idol is not always the main goal — as Rio says that she wants to be a singer.

Once a girl becomes an idol, she records songs for CDs that sell for about $10. The CDs include a ticket for a handshake or a photo. Meaning, that fans can use that ticket to attend a handshaking event where the idols all line up, and the fans shake their hands. Behind the fans are security guards who move along overzealous fans who linger too long. The other option is to take a photo together, so the fan gets a pretend girlfriend,, the relationship that is just a fantasy that he cannot obtain in reality.

Japan is a male-dominated society — however, as one female interviewer points out, young female idols rule over their older male fans, who willing give them most of their income.

One young college student is asked why doesn’t he get a real girlfriend, and he replies that to have that would kill his fantasy, and he wants to be free. Besides, a real relationship is too hard and too much work.

For a fascinating look at modern Japan and idol culture, check out TOKYO IDOLS. What you see will shock you.