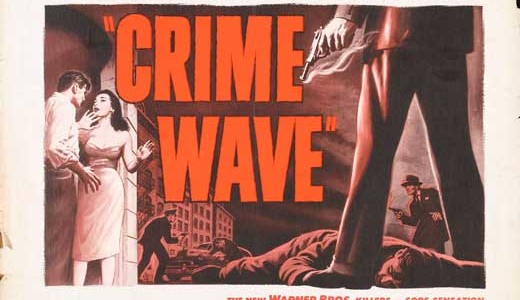 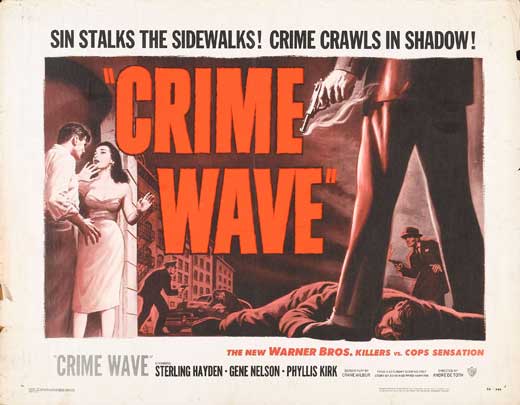 A ferocious film noir, CRIME WAVE drops you square in the action, as three hoods (including a young Charles Bronson) rob a gas station and kill a cop in the process.

This sets Sterling Hayden on their trail, which is bad for them, and worse for poor Gene Nelson, an ex-con trying to go straight who is roped into the situation by both sides.

Aside from the period details, CRIME WAVE feels like it could have been filmed last week – André De Toth’s directorial style is almost frighteningly current.  Bert Glennon (STAGECOACH, RIO GRANDE) is the cinematographer.  This is an exciting, visually virtuosic film, a movie you’ll dig like crazy.