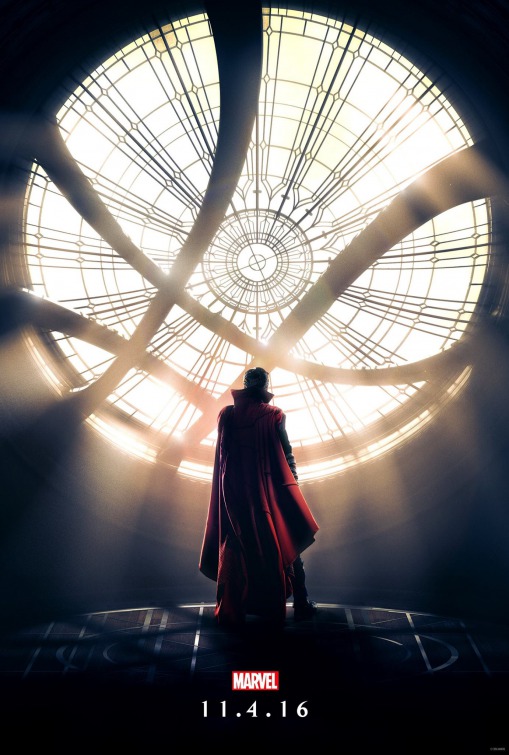 When I wrote about 2014’s DELIVER US FROM EVIL, I had this to say: “The climactic exorcism sequence is something fresh and exciting, robust and over-the-top, a tour-de-force on the part of director Scott Derrickson and the biggest thing that’s making me intrigued to see what he’ll do with DOCTOR STRANGE.” (That was really the only part I liked about DELIVER US THAT EVIL but let’s stick with the positive.)

The new trailer officially makes that interest a double-down:

In my earlier ramblings about this project I had some concerns that the casting of Benedict Cumberbatch felt ominously mainstream-y, that the Disney-owned Marvel Studios would be pressured to shy away from the thoroughly bizarre nature of the original comic book and Steve Ditko’s trippy, freaky, elastic artwork.

Let’s just say after seeing Tilda Swinton punch Benedict Cumberbatch’s spirit outside his body, I’m a little less concerned about all that. And this poster is another welcome omen: 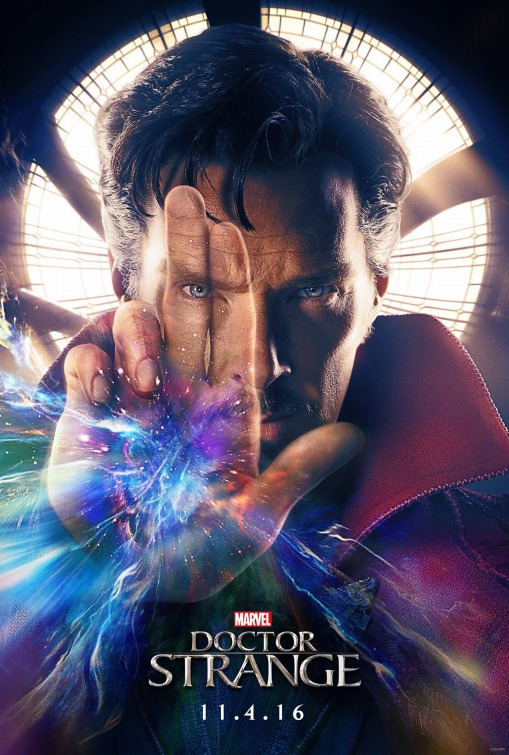 Can we take a minute and reflect that we’re so far down the road on these movies that we’re almost all the way back to the 1960s heyday of Marvel Comics, when college kids would drop acid and read about Doctor Strange?

I wasn’t there, but I’ve heard good things. Now where’s the movie version of that Thor story where he turns into a bullfrog? 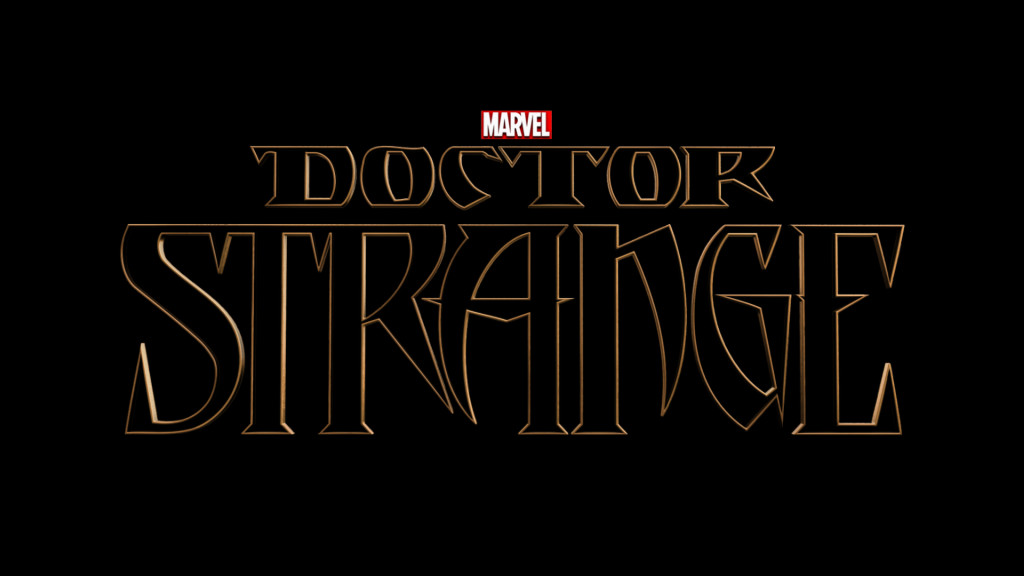