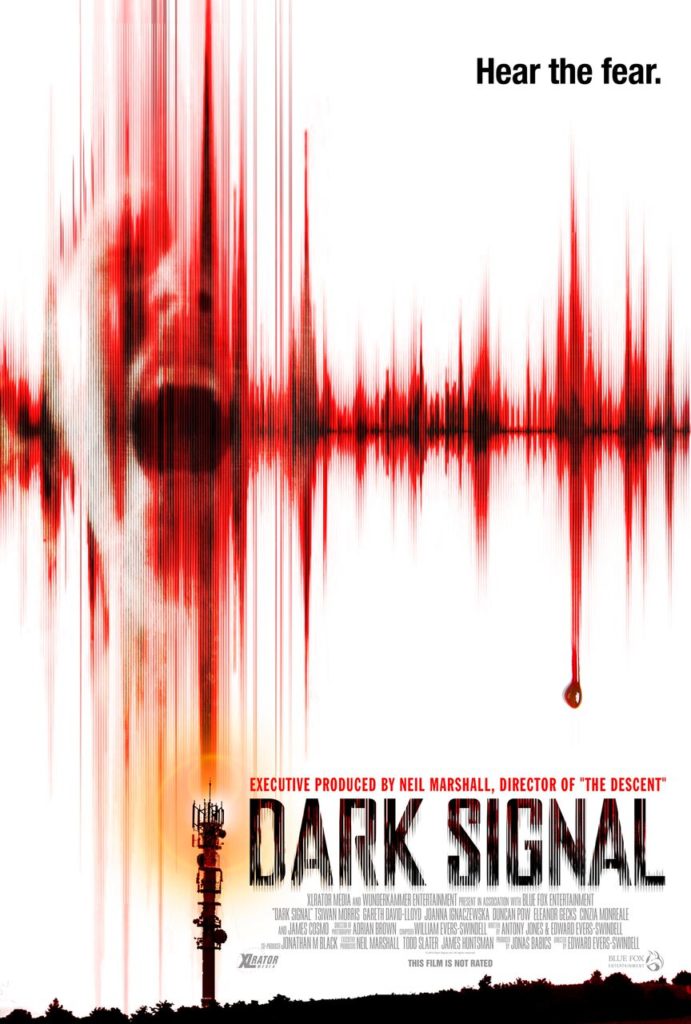 The very simple synopsis from XLrator reads: “The spirit of a murdered girl returns with a message for the staff of a local radio station.” That basic description does not get across the bleak and unnerving tone of the trailer, making DARK SIGNAL look like a very scary horror film made for adults.

In this time of low-budget genre movies that lean too heavily on cheap jump scares and obnoxious comic relief, it is nice to see a film being marketed as a straightforward ghost story/violent serial killer thriller. Neil Marshall’s name attached as executive producer certainly helps to raise the anticipation level a notch.

We will find out if the actual film from co-writer/director Edward Evers-Swindell is as impressive as this first trailer when it hits theaters in limited release on June 2, 2017 and then VOD on June 6, 2017.