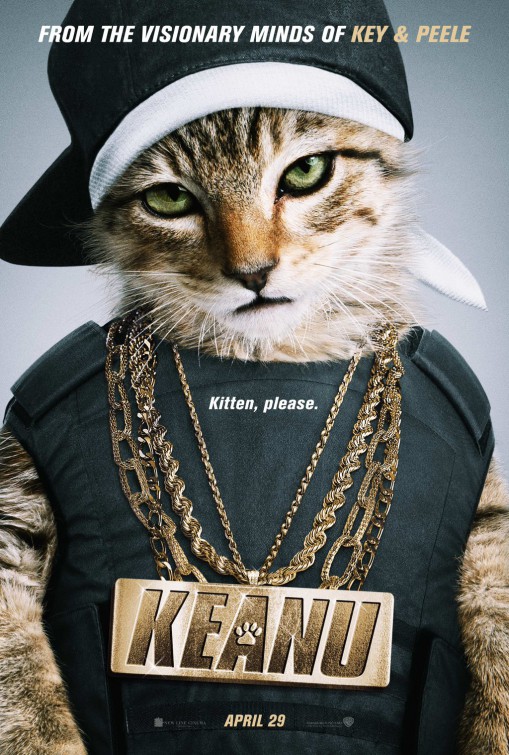 That’s a nice take on the Get Rich or Die Tryin’ album cover. I guess it’s a Meow The Jewels kind of thing. Anyway this is a cult-movie website, not a hip-hop blog, so I’ll try to keep my references straight.

KEANU is the first Key & Peele movie, which is coming out on April 29th. This trailer went up at the end of last week. It’s probably not so timely for me to be sharing it now, but I enjoyed it too much not to make a post out of it. Check it out:

The film is directed by Peter Atencio, who directed almost every episode of Key & Peele on Comedy Central. I haven’t seen nearly as much of the show as I’d like to have, but from the start it’s always struck me as an uncommonly visually dynamic series. (Comedy, like horror, doesn’t need to be visually impressive, and in fact sometimes too much prettiness can be a detriment, but occasionally, as in the case of this show, the visuals help sell the joke — just look at Baby Forrest. Please, look at him. He’s beautiful.)

The reality is that I’m contractually bound to see any movie that contains either Nia Long or Luis Guzmán, and this one has ’em both. So I’d be there anyway, but this movie looks like a right-on-time and risky comedy of bad manners. And I love that cat’s impression of Keanu Reeves’ acting style. 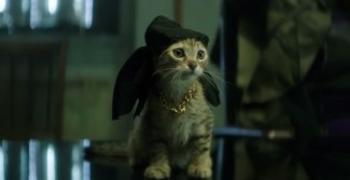