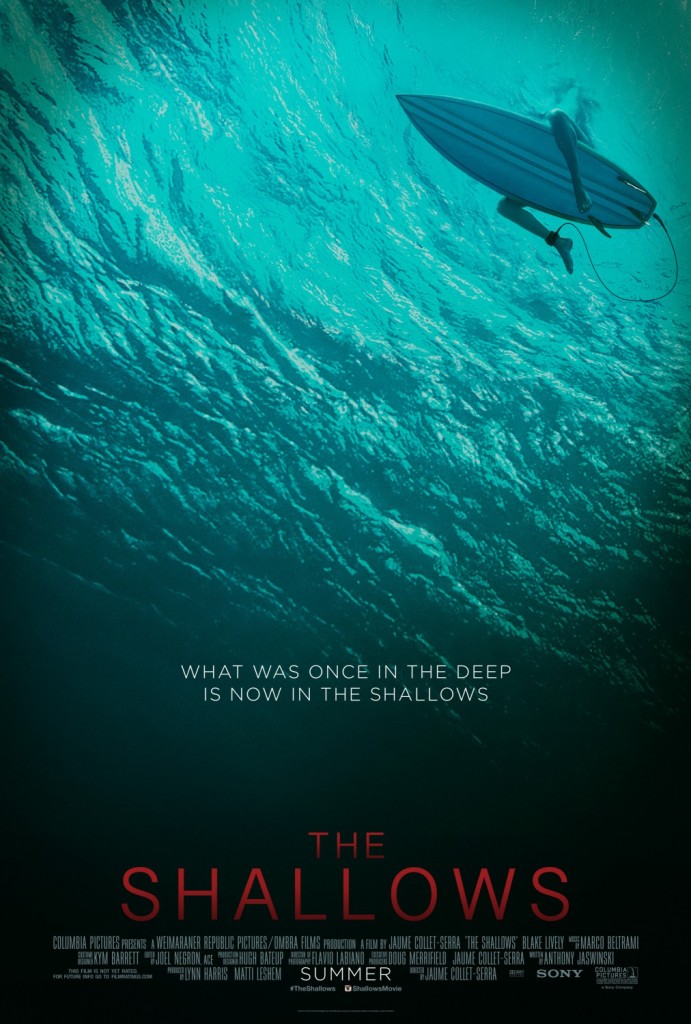 Sometimes I’m the easiest sell in the world. While I still haven’t made time to see six out of the eight films nominated for Best Picture last year, you can bet good money I will make time to see THE SHALLOWS as close as possible to its release (on June 24th.) Here’s the official summary:

In the taut thriller THE SHALLOWS, Nancy (Blake Lively) is surfing alone on a secluded beach when she is attacked by a great white shark and stranded just a short distance from shore. Though she is only 200 yards from her survival, getting there proves the ultimate contest of wills.

Blake Lively I can take or leave — she’s been good in movies like THE TOWN and SAVAGES but not the kind of good that makes me want to spend two full hours with her. Nah, I’ll be there for the shark. Some genres leave me powerless; the shark-movie genre is one of those. It’s not a breed of movie with a high yield — you’ve got JAWS on the good side, and just about everything else on the other side of the fence. But chances are THE SHALLOWS will at least be better than DARK TIDE, the one where Halle Berry encounters a great white and yes absolutely I have seen that one too. The director here is Jaume Collet-Serra, a true B-movie director who’s got ORPHAN, NON-STOP, and RUN ALL NIGHT on his highlight reel. A movie with a hungry shark and such a slender human cast can only really go a couple of ways, so there’s only so much suspense to be mined, but at this point you can trust this guy to mine it. Folks, I saw SOUL SURFER on the big screen. I’ll be there for this too.