Home  ⁄  The Wire  ⁄  WHY ‘TEX MONTANA WILL SURVIVE!’ IS IMPORTANT, WHETHER YOU LIKE IT OR NOT 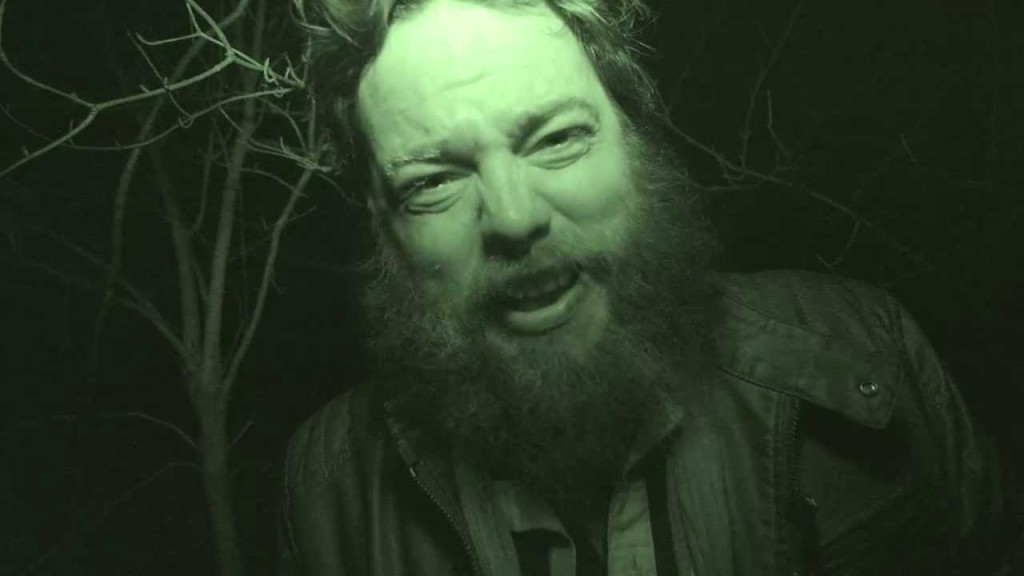 The idea that a filmmaker can have their movie out there and available in stores, on VOD, on streaming services, and in any other number of venues but still not actually be making a living from that movie is one that is admittedly difficult to parse. This is not necessarily a new problem, but the explosion of independent films and new distribution channels over the last several years has made it one that is much more visible. The release of Jeremy Gardner’s THE BATTERY is a perfect example of this phenomenon. Following a highly successful festival run, the film has since been released on Blu-ray/DVD by Scream Factory and is now available through a number of VOD services. However, Gardner and his collaborators at O. Hanna Films have seen very little financial reward for their work.

In a piece for Moviemaker, Gardner explains what happened after the release of THE BATTERY: “We went back to work. All of us. Back to our day jobs.” Cinematographer Christian Stella said in a piece for Filmmaker Magazine that “We don’t know a single filmmaker who makes their living solely off of their films.” A note on the front page of the film’s official site reads: “Last month, we sold only 1 legitimate copy of the film through this site, while we had a minimum of 500 torrent downloads. We want nothing more than to get out there and make more films.“ There’s a “Donate” button for anyone who would like to help Gardner and O. Hanna Films do just that. In addition, O. Hanna recently ran a Kickstarter campaign to release their latest film entirely for free through a Creative Commons license and help give them a chance “to step away from our day jobs long enough to get back to doing what we truly love.” 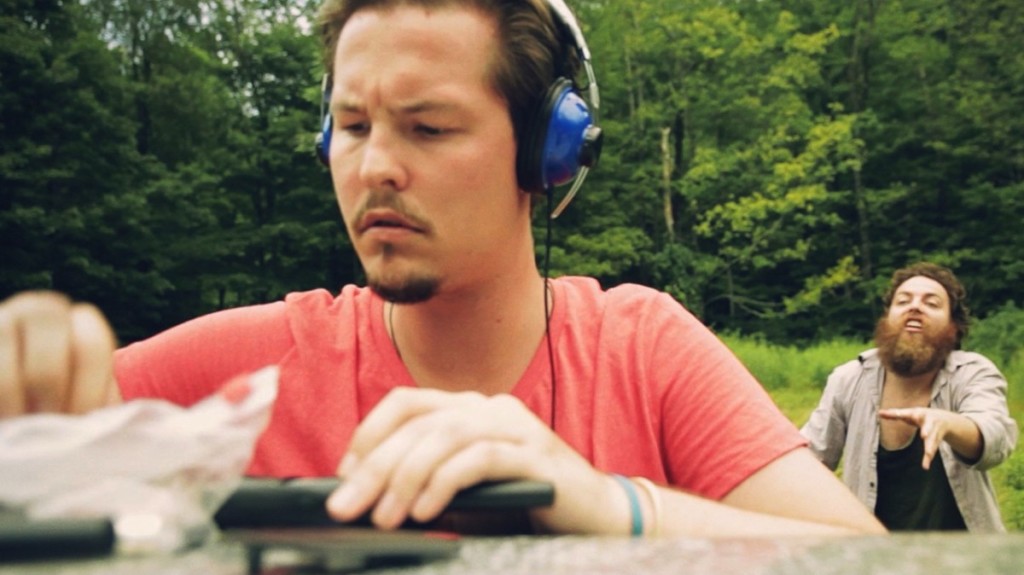 In short, this campaign was an attempt to create a new kind of film distribution in which fans can directly support the filmmakers and piracy is not an issue because the film is already free to anyone who wants to download it. Fortunately, it was a success. Whether O. Hanna themselves attempt to replicate this model for the release of their next project may be an indication of whether or not this model of self-distribution is sustainable. But for now, they have at least proven that it is possible to rally supporters to release a film for free and distribute it online with no restrictions. The film in question is, like THE BATTERY, a low-budget feature with a minimal cast. In fact, for the vast majority of its running time, there’s only one character on the screen.

TEX MONTANA WILL SURVIVE! is both the name of the film and the fictional reality series the title character (played by Gardner) has starred in for eight seasons. As the film opens, Tex learns the show has been canceled after it has been revealed that it is staged. In response, Tex decides to prove he’s the real deal by surviving in a vast forest completely alone for 30 days without any assistance or camera crew. He takes a camera with him to document his ordeal in a last-ditch attempt to clear his name and save the show. The main problem with his plan becomes painfully obvious almost immediately once Tex sets up a camera and starts rolling: He clearly has no idea what he’s doing.

Gardner and co-star Adam Cronheim were the only two actors with speaking roles in most of THE BATTERY. This time, Gardner is nearly the only person ever seen on-screen at all. Shot quickly and for a fraction of his previous film’s already tiny budget, TEX MONTANA WILL SURVIVE! is a showcase for Gardner’s comedic and improvisational talents. The character of Tex is deeply unlikeable, an egomaniacal jackass who takes every opportunity to threaten the livelihood of his editor Amanda by directly addressing her through the camera. The viewer watches Tex fumble around trying to build a shelter, freeze in the terrifying darkness of the forest at night, and run through multiple takes of commentary that he usually ruins by peppering with language not suitable for broadcast. Throughout, we learn more about Tex and his relationship with Amanda, and what exactly might drive him to take on this ridiculous challenge. 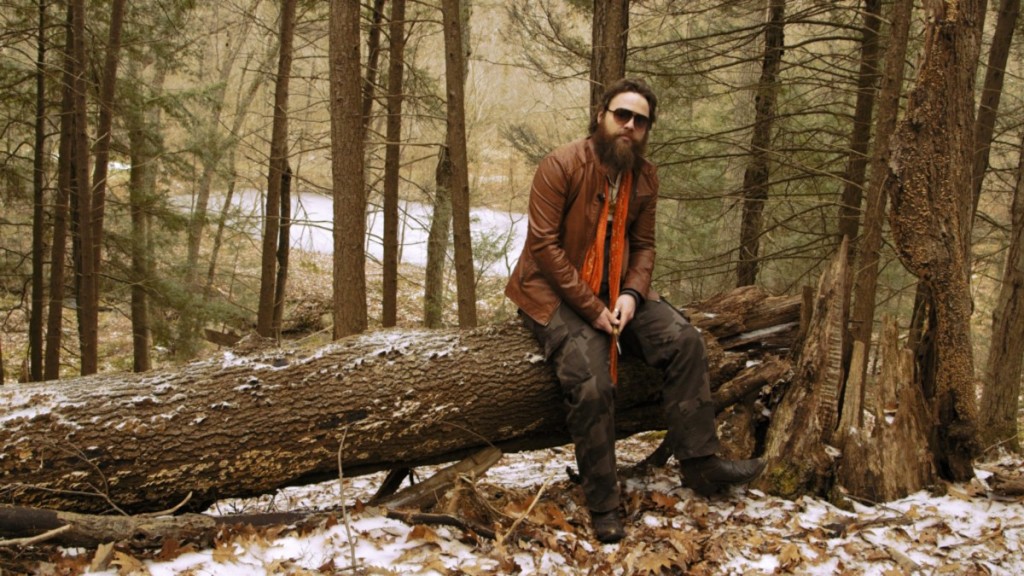 This is very much a case in which how the viewer feels about the film’s traileris a good indication about how they will feel about the movie as a whole: what you see there is pretty much exactly what you get. For a movie that cost very little to produce it has some beautiful cinematography by Christian Stella. Another key collaborator returning from THE BATTERY is musician Ryan Winford, who provides the film with spare music cues that are simple but effective in setting the tone and reinforcing the idea that the film is footage that has been assembled into a super-sized episode of Tex’s show. In some ways, it plays like a goofy companion to Trevor Juras’s THE INTERIOR, another visually impressive film about a character striking off on his own deep into the woods. But where Juras’s film plays as a psychological horror story and meditation on “lost in the woods” horror tropes, TEX MONTANA is not interested in genre commentary at all. It is, at its core, a movie about a guy who is not very smart dicking around in the forest for about 90 minutes.

This makes TEX MONTANA the perfect test case for a fan-based crowdfunding campaign. This is a film that will primarily be of interest to fans of Gardner’s work both behind and in front of the camera in THE BATTERY. People who enjoyed that film and wanted to see more of him get their wish and then some here. But a single-character “found footage” comedy is almost certainly going to be a tough sell to anyone not already familiar with Gardner and his previous work. Convincing producers to put money up for this concept would have been exceptionally difficult if not impossible, so O. Hanna cannilyshot it on their own dime some time ago. This meant the Kickstarter campaign was not meant to raise funds to produce the movie, because aside from assembling the final credits, it was already completed. What Gardner and O. Hanna really bought with the success of the campaign was twofold: exposure and time.

Using the film as a test case on Kickstarter was, intentionally or not, a good way to get a fair amount of free advertising for the film. Genre fan sites would have covered the film regardless thanks to the acclaim many of them gave THE BATTERY, but without the campaign and the promise of a new approach to distribution, it seems unlikely that Entertainment Weekly would have posted a story about it. This wider exposure likely brought in at least some new fans curious to check out the previous film and help release the new one, and in the case of a crowdfunding campaign like this, every little bit of support really would have a direct impact on its success. And the more eyes on their site, the better the chance that some fans will be willing to hit that “Donate” button on the front page. 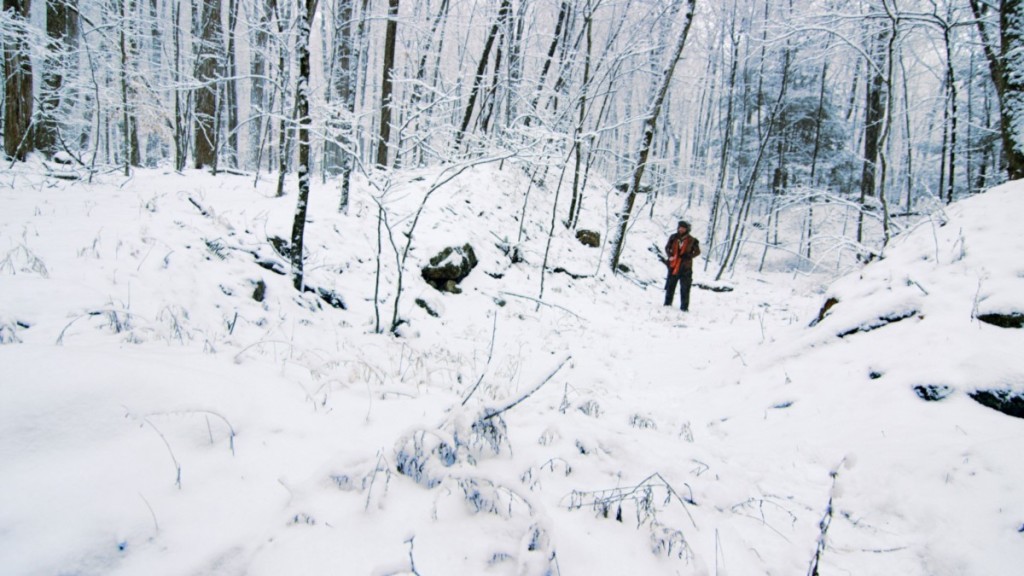 More importantly, the money earned from the campaign will help the people behind O. Hanna take time to focus on their next film project. Having a financial buffer will allow Gardner and his team to plan ahead to take some time off work at their day jobs instead of having to finagle exhausting weekend or evening shoots around everyone’s schedules. Considering what O. Hanna has been able to accomplish with considerably fewer resources, fans likely saw the campaign as a sound investment. There are independent filmmakers such as Christopher Mihm and Henrique Couto who have successfully taken this kind of approach to partially or fully funding multiple feature projects on a smaller scale, but the TEX MONTANA campaign may be a sign of things to come for filmmakers working in the space between low- and micro-budget production.

Of course, it is entirely possible that O. Hanna’s success may have been an anomaly. Proving this is a workable concept will require not only the successful distribution of TEX MONTANA, but going forward other filmmakers will need to make the same gamble. That might be a much tougher sell than getting fans to help raise funds to release an already-completed film for free, because it requires a huge risk on the filmmaker’s part. TEX MONTANA is a film that was produced for a comparatively tiny budget, so the financial risk to O. Hanna was relatively small. Other filmmakers hoping to attempt a similar approach will have to either come up with a similarly small-scale project or be very confident in their talents and their fan base.

It’s no secret that the film industry, like the music business before it, has been flailing in its attempts to deal with piracy and figure out what the future of distribution looks like. In many ways the business of film distribution and exhibition is virtually the same as it was a century ago, and while big studios try to fight their way out of the tar pits it will likely be up to independent filmmakers to innovate and find a way forward. It is unlikely that O. Hanna has stumbled upon a magic bullet that will best make distribution work for both consumers and filmmakers, but their willingness to find a meaningful way of dealing with the problem of piracy and the resulting engagement with fans? — “pirates” and otherwise — will likely be an important reference point in figuring out how independent film distribution will work in the future.