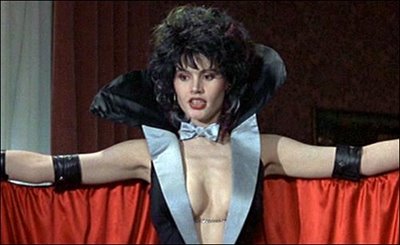 Funny right? Right? Jeff Goldblum and Ed Begely, Jr. turn in solid comedic performances, Gena Davis is at her breast as a sex-starved vampire, and Michael Richards is all goofs and prat-falls when he’s not dropping fake limbs, Norman Fell also makes an appearance but just seems lost without John Ritter. It’s spotty, the film needed more time and a director who wasn’t taking his first whack at a theatrical production, but goddamn this film can be fun when your 5 beers in with nothing going on.

I am sure when Rudy De Luca saw his friend directing YOUNG FRANKENSTEIN, it looked easy. As De Luca found out, it ain’t. Though TRANSYLVANIA 6-5000 trips over itself with bad one-liners and jokes that have the landing of a 747 with 1 wheel.

Gil Turner: You can’t fire me, I’m your son. 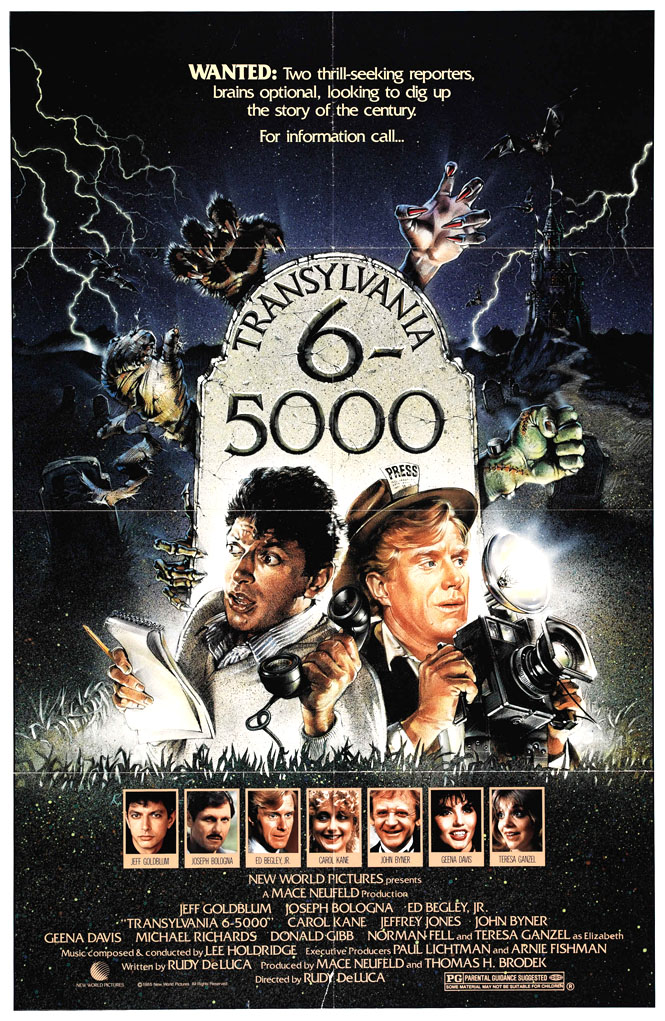