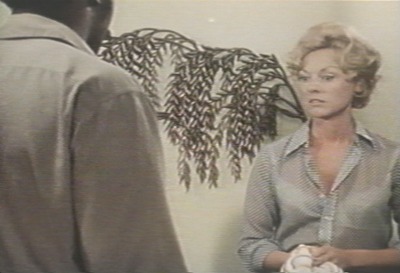 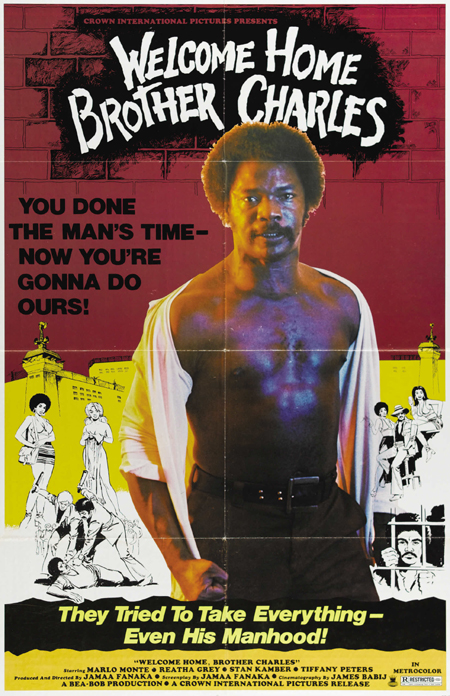 There’s a school of thought out there that posits that the roots of white-versus-black racism lies in the black man’s superior sexual prowess (specifically, his supposedly greater — uhhhhmmm — “endowment,” and knowledge of how to use it) and the white man’s fear of same. Your humble author is no sociologist by any means, and while I find anything that cut-and-dried to be an over-simplification of a depressingly complex issue (it ignores all the economic and social-control aspects of racism, for instance), there’s probably at least some truth to it on some level. For instance, one of the reasons Jackie Robinson was brought up to the major leagues ahead of other black baseball players who were every bit as ready to make the jump was because he was married, and Dodgers management thought there would be less scuttlebutt about him chasing after every white woman around when the team was away on their numerous road trips.

So yeah — whether rational or not, the idea that the black man is better equipped to provide good lovin’ and will consequently “ruin” the white woman for “her own kind” if he gets anywhere near her is a persistent one. Writer/director/cinematographer/composer Jamaa Fanaka (credited here with a hyphen between his names) — who would later  go on to achieve his greatest B-movie successes with the PENITENTIARY series — certainly thought there was something to the whole idea, at least as a “cash cow,”  and constructed his debut feature film, 1975’s WELCOME HOME BROTHER CHARLES (also released under the more generic-sounding-for-its-time title of SOUL VENGEANCE) around that very premise, with the end result being arguably the wildest and most absurd entry in the entire blaxploitation oeuvre. 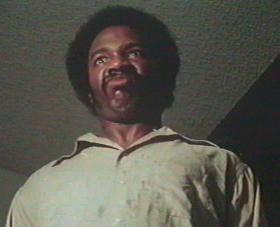 Here’s the skinny on the —again with the uhhhhmmm — girth: after a protracted opening credits sequence showing an African wooden idol “blessed” with an enormously disproportionate member, we meet small-time dope pusher Charles Murray (Marlo Monte, in his one and only film role), who quickly gets sent away for three years by “The Man.” The cop who busts him, however, has a pretty twisted take on the concept of “justice”: before booking and cuffing our protagonist, he takes out a straight-edge razor and attempts to fucking castrate him. Apparently it doesn’t work, but we don’t find that out for a good long while due to this flick’s rather haphazard plot structure.

Anyway, Charles does his time and when he gets out, he’s determined to stay on the right side of the law and not to “die on the white man’s installment plan.” Fair enough! Cue a go-nowhere subplot that eats up about half the movie’s runtime, centering on Charles’ abortive attempts to win back his ex, Twyla (Jackie Ziegler), from his former best friend/drug biz partner, N.D. (Jake Carter). This is all pretty dull stuff that’s pure filler, but at the end of it, we find that our three-legged hero has settled in with a new old lady, Carmen (Reatha Grey), a former hooker who got busted by the same pigs on the same day that he did; that he can’t get a job due to his prison record; and that, with nothing better to do with his time, he decides to go after every member of the “system,” from the cops to the prosecutor to the judge, who sent him upstate. Now we’re talkin’!

After a positively surreal side-step (that probably should have occurred much earlier in the film in order to provide context for his later actions) into the life of racist  undercover  vice officer Harry Freeman (Ben Bigelow)  — the guy who tried to whack Charles’ nuts off —  that sees him absorb a non-lethal dose of radiation from a briefcase-bomb being used in an airline hijacking attempt just after learning that his wife is cheating on him with a black (yawn) drug dealer (she picks her cuckolded, decidedly worse half up at the hospital and, after asking if he’s okay, is told “I’m not the one who’s contaminated”), Charles hits the streets of Watts determined to get his pound of flesh by any means necessary. Fortunately, he’s got the only tool that he really needs for the job.

Operating in reverse order — remember what we said about haphazard structure here — our man goes after Freeman first by fucking his wife, who instantly becomes a slave to the apparently-hypnotic powers of her new black master’s cock. She leaves the door of the house unlocked at his command after a bunch of weird close-up shots of his eyes, his mustache, and his mouth (Fanaka’s curious camera work being accompanied by his equally-curious synthesizer soundtrack score), and he comes back at night and strangles the guy who attempted to slice off his manhood. Notice I don’t say how he strangles him —

Never fear, though, for by the time Fanaka gets around to having his “hero” kill the prosecuting attorney (he pulls off the same fuck-the-wife-into-brain-dead-submission routine first, naturally), what was ambiguous at first becomes crystal clear — Charles somehow got himself a super-dick while he was in prison, and it grows and grows and grows and grows — making its way down an entire fucking flight of stairs, in fact — before wrapping itself around the poor schmuck’s neck and choking the life out of him in true python style.

Last but not least comes the judge, but things don’t go as smoothly there and our story ends on a decidedly ambiguous note as Carmen (who’s prone to such romantic lines as “I’ll take it off me — if you put it in me”) tries to talk her man down off a rooftop. Does it end in tears and tragedy? Who knows — all we know is that it ends with another fucking close-up of Brother Charles’ eyes.

Fortunately for anyone who still harbors old-fashioned notions of trying to make some kind of sense of what they’re watching, mere moments before this non-thrilling non-climax we finally get some kind of limp (sorry)  quasi-scientific run-down for how Good Luck Chuck got his super-appendage, but by then you don’t really much care because no explanation can possibly be anything like a convincing one — best to just go with the flow.

At the end of the day, what we’re left with  here then is an absolute powder keg of low-grade racial stereotypes that could, I suppose, be “spun” in such a way as to confirm black people’s worst generalizations about whites (emasculated men who can’t please their women; cock-starved women who just need to be “put right” with a good fucking) or white people’s worst generalizations about blacks (sex-hungry, animalistic men who can’t stay out of jail or find work; downtrodden women who provide for all their guys’ needs in exchange for dick), depending on the ignorance level and prejudices (the two usually go hand in hand) of the viewer. Either that, or Fanaka had no agenda apart from making a quick buck in the exploitation racket by cranking out the most outlandish film possible, social implications be damned. Take your pick. 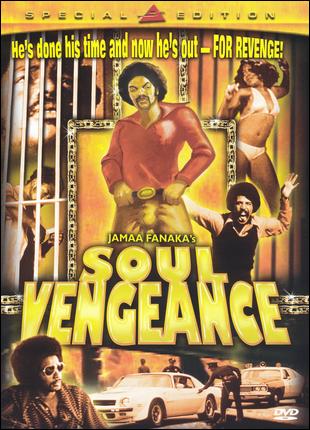 If you want to judge this astonishing cinematic curiosity for yourself, small-time distro outfit Xenon Pictures has released WELCOME HOME, BROTHER CHARLES under its SOUL VENGEANCE moniker as a “special edition” DVD that , interestingly enough, contains no real extras to speak of and features a direct-from VHS full-frame transfer with mono sound. It’s a far-less-than-stellar package, but at least it retails for well under ten bucks. If even that’s too rich for your blood, though, it’s available in its entirety on YouTube, via the link at the bottom of this review.

I’d close by telling you not to try anything you see here at home, but since you couldn’t even if you wanted to, I don’t think that’s really much of a concern.

Fanaka’s early short A DAY IN THE LIFE OF WILLIE FAUST, OR DEATH!! ON THE INSTALLMENT PLAN