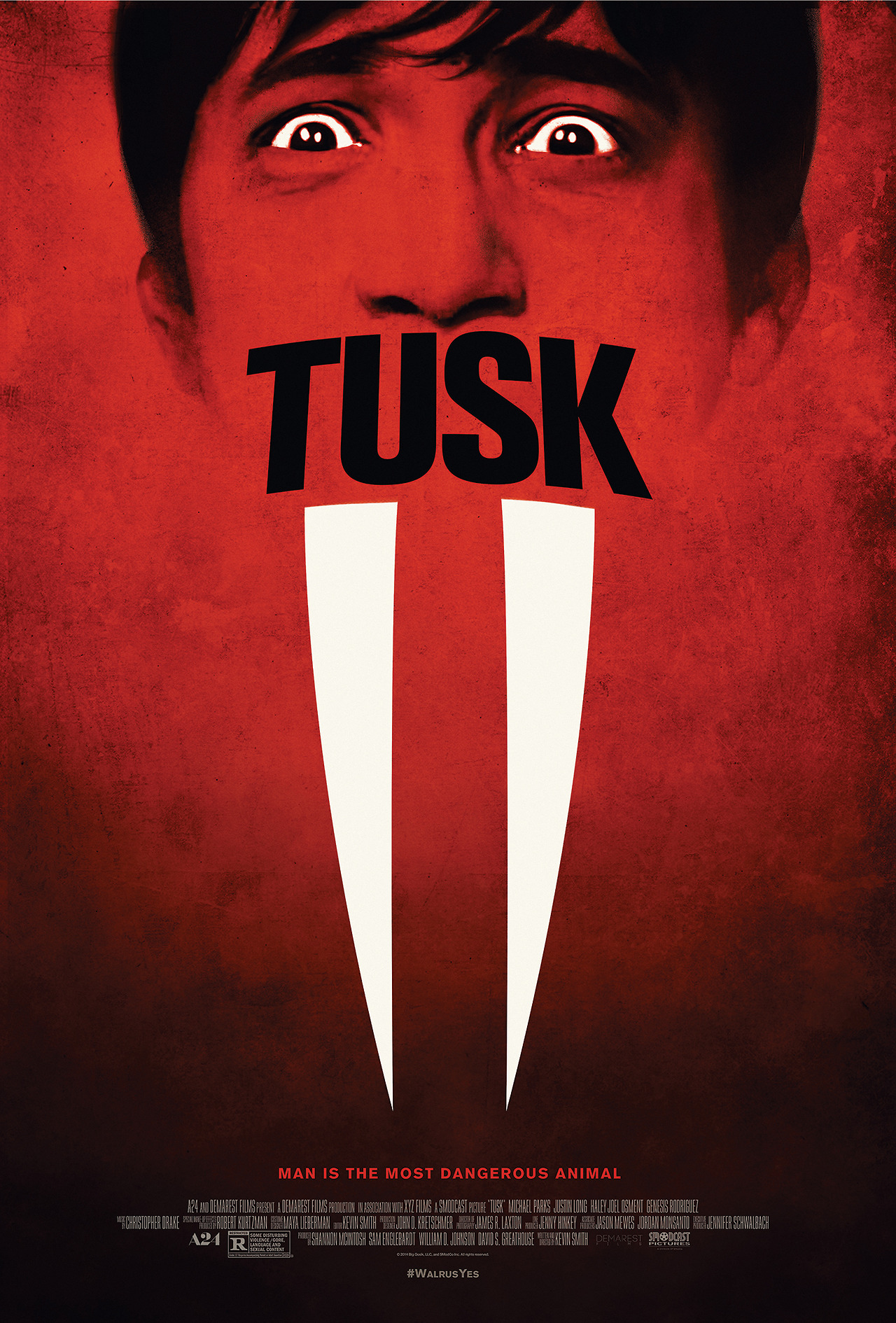 When I look back at the now-two-decade-long film career of Kevin Smith, I can’t escape the conclusion that it all just happened a little too fast for the guy: He went from “edgy” indie wunderkind with CLERKS, to tired one-note Johnny with MALLRATS, to an “older,wiser, more responsible” version of his previous self with CHASING AMY and DOGMA, to a one-man cottage industry milking his own semi-celebrity for all it’s worth (and then some) by way of podcasts, “reality” TV shows, etc. in the space of six or seven years. And then he basically remained stagnant — yet curiously immune to over-exposure — for most of the next decade, occasionally trotting out middling “comedy” fare like COP-OUT and ZACK AND MIRI MAKE A PORNO (perhaps curiously, or perhaps not, his two biggest box-office successes), to prove that he could break out of the confines of his internet-centric genre ghetto, but more or less not doing anything that you wouldn’t entirely expect of the guy.

Then, in 2011, something rather curious happened — he hustled up funds via Kickstarter (an entity which seems tailor-made for filmmakers such as himself with a somewhat small but amazingly loyal fan base) for an independent horror feature called RED STATE that, while deeply (and in many respects fatally) flawed, at least showed some willingness on his part to step outside of his comfort zone. And while that flick certainly bore all the hallmarks of a “one-and-done” type of deal, it appears that Smith, forthcoming (and depressingly inevitable) CLERKS III aside, is embarking on a new phase of his career now — one that’s at the very least interesting, and perhaps even threatening to be good, Could the same guy whose irreverent take-no-prisoners approach to offending everyone with CLERKS quickly descended to the tired “you never go ass to mouth” and donkey-fucking of its sequel possibly be positioning himself as an indie horror auteur as a sort of second (or maybe it’s third — or fourth) act? With  the late 2014 release of TUSK, the answer to that question appears to be “yes.” 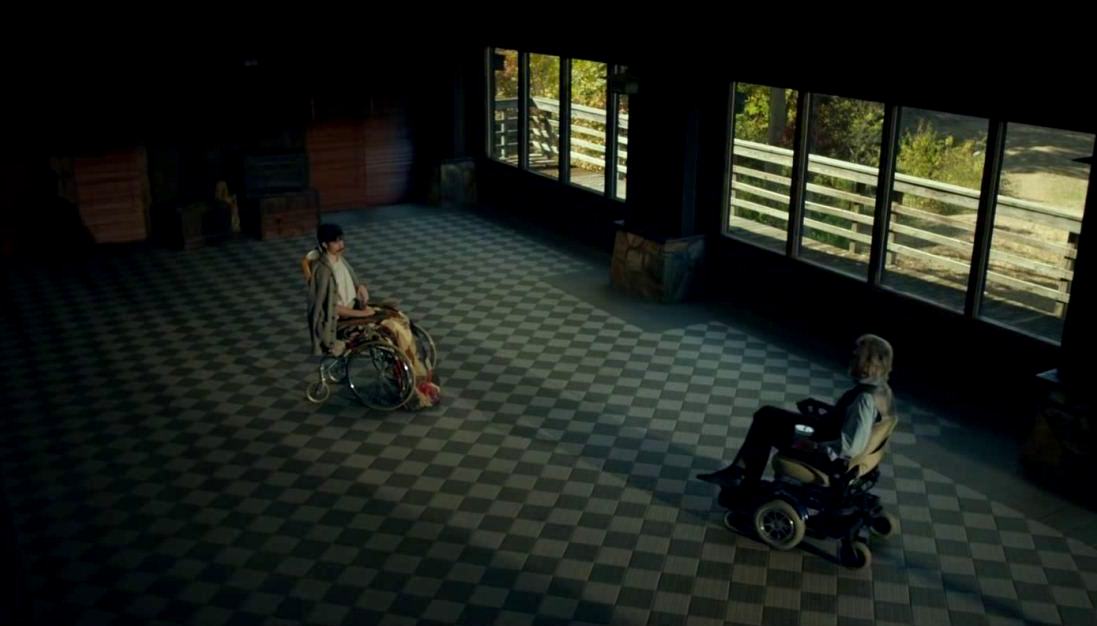 Of course, many of the hallmarks of the Kevin Smith of old remain — he’s essentially unable to write characters that don’t come directly from his own life experiences ( this film centers around a protagonist named Wallace Bryton — played by Justin Long — who’s a — wait for it — podcaster by trade), and there’s a smattering of dull and tired “toilet humor” throughout the proceedings here, but by and large this is a reasonably intelligent, contemplative horror story that manages to tackle somewhat-weighty themes without having its characters resort to sounding like talking textbooks the way they did in heavy-handed earlier efforts like CHASING AMY and DOGMA. It’s far from perfect, to be sure, and flirts perilously close to disaster by way of its major plot development, but Smith manages to battle his constant urge to overplay his hand with a reasonable level of success here, even if the central conceit of human-to-animal transformation has been done before (and, to be honest, better) in films like David Croneneberg’s THE FLY and Tom Six’s apparently-still-ongoing HUMAN CENTIPEDE series. To draw a forced and not entirely applicable (so why the fuck am I even doing it?) basketball metaphor, earlier directors set up a pretty clear lane to the basket for ol’ Kev, but rather than than charge hard to the hole and provide a rim-shattering slam dunk, he delivers a graceful, no-look, behind-the-back pass the to somebody else (probably a “2” guard) who has a wide-open look at a three-pointer. The results are less spectacular in the short term, but add up to an extra point for his team and, therefore,  a better chance at winning the game.

Okay, yeah, Smith wrote and directed this thing, so that wide-open off-guard he’s dishing that behind-the-back pass to is — errrmmm, himeslf — but like I said, the analogy isn’t the greatest. So what the hell — let’s strain it just a bit more, shall we? 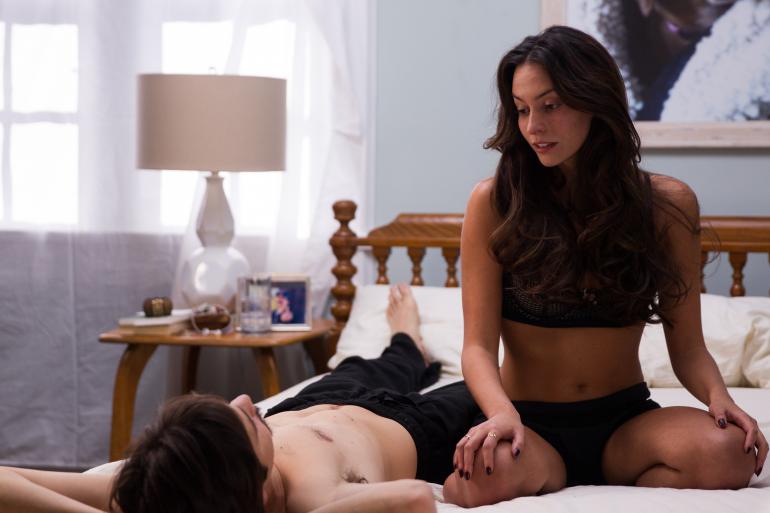 Obviously when a center or forward indulges in a pass like that, he’s showing some trust in his teammate- and Smith the writer shows a heck of a lot of trust in Smith the director here when he chooses, arguably for the first time since CLERKS, to be genuinely audacious. But first a bit of plot recap so that what I’m talling about will make at least a little bit of sense to anyone who hasn’t seen the movie yet : the storyline of TUSK follows the exploits of our aforementioned podcaster as he departs LA for Winnipeg in search of an overnight YouTube sensation he wants to get on his show. When that particular well turns out to be dry for an admittedly weird set of reasons, he encounters another local through a similarly bizarre convergence of circumstances and figures this old-timer, who goes by the name of Howard Howe (RED STATE holdover Michael Parks, who delivers a fine, and very chilling, performance) would make an even better on-digital-“air” guest. Unfortunately, their meeting — well, to put it mildly, it just doesn’t go as planned, and Wallace ends up waking up the next morning as an amputee.

Sounds bad, right? And rest assured, it is — but things are about to get even worse, because Howard’s got this weird fixation on walruses. He loves ’em so much, in fact, that he’s determined to make one — 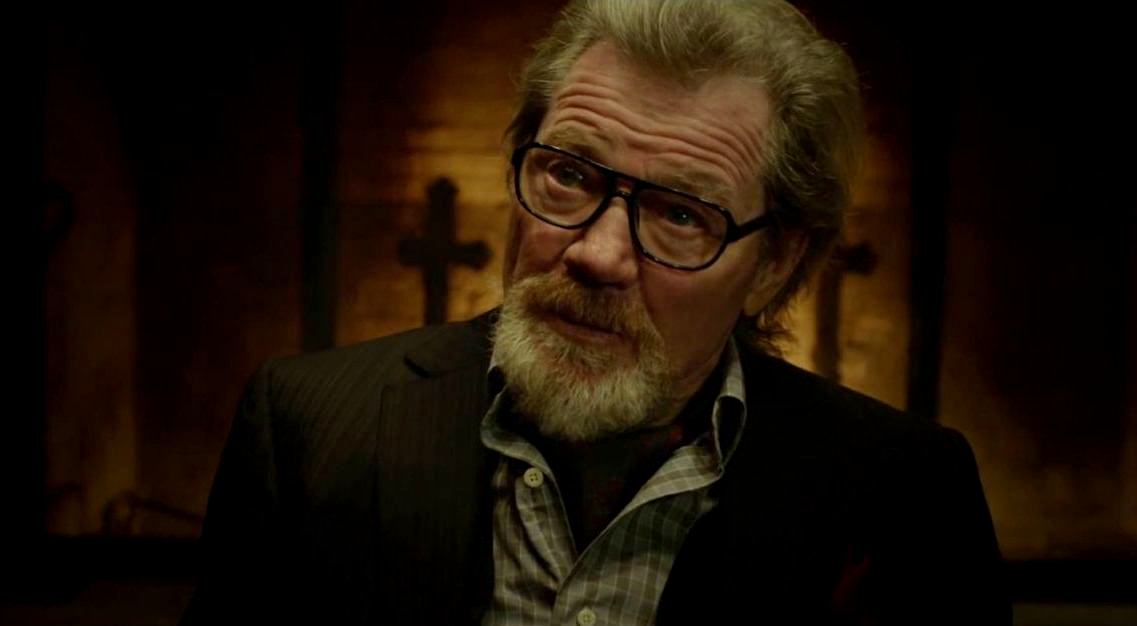 TUSK‘s small cast and isolated setting make for a genuinely claustrophobic-feeling film (even if the mansion most of it was shot in is enormous), and while Long doesn’t really have the acting chops to carry the lead, by about the mid-way point he’s just barking and yelping, anyway, so that’s not too big a problem. There’s a side-plot involving Wallace’s girlfriend, Ally (Genesis Rodriguez) and podcast  co-host, Teddy (Haley Joel “So That’s What Happened To Him” Osment) teaming up with a private dick to find him after he goes incommunicado in the Great White North that doesn’t add too terribly much to the film but apart from preventing it from becoming a two-character psychodrama, but it’s at least not distracting, either, and along the way Smith shows an impressive eye for shot composition and blocking his actors that I certainly never would have guessed at based on his previous work.

All in all, it adds up to a set of circumstances that really work in Smith’s favor by the time his “big reveal” comes to pass. I have no doubt that many folks will laugh out loud and/or shake their heads when the “walrus-man” makes his appearance (remember what I said about this flick being audacious?) — and I was even sorely tempted to do so myself — but the tone Smith manages to set in the early-to-mid-going helps to head that off at the pass and actually ensures that the second half is both damn horrifying and thoroughly engrossing. It’s a close call, to be sure, but it’s proof positive of the “Smith the writer trusting the Smith the director” thing we just talked about.

Okay, so Smith does, in fact, overplay his hand with the insertion of an obvious and thoroughly uninspired song choice that accompanies his big climax here, and a surprise cameo by Johnny Depp feels a bit like a desperate ploy on the director’s part to prove he’s still got plenty of clout in Tinseltown, but on the whole this flick shows a willingness to be bold and take chances that I honestly didn’t think we’d ever see from him again. RED STATE may have been a baby step — or even a stumble — in the right direction, but this is a fairly impressive leap, and has me re-thinking the whole “Kevin Smith? That guy’s been played out for years” notion that I was living by.

For those interested, TUSK — which had only the most limited of theatrical runs and has largely been marketed to so-called “home viewing platforms” — has just come out on DVD and Blu-ray from Lionsgate and boasts an impressive package of extras including two behind-the-scenes featurettes, a selection of deleted scenes, and a full-length commentary track from Smith that’s surprisingly light on the self-indulgence and reasonably interesting throughout. Weird as it would have sounded a couple of years ago to say this, I get the feeling that Kevin Smith may be on the verge of making a truly great horror movie — and while this may not be it (yet), he’s inching ever closer all the time.