We are constantly looking for new and different films when it comes to bringing you the best in genre entertainment. Short films are often where you find the most exciting new filmmakers taking chances, yet most audiences don’t seek them out. With that in mind, we will be showcasing a short film each week in an effort to give a signal boost to shorts we enjoy. This week’s short is TREEVENGE. 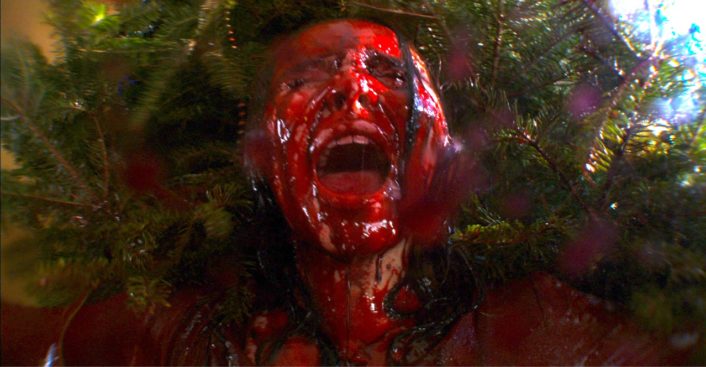 I was surprised when I realized that I had not shared the cult favorite TREEVENGE for last year’s Christmas season, so I thought I would remedy that omission this week.

If you are a horror/sleaze fan or just someone who loves a good, gore-soaked laugh, you have probably seen this one. If not, you are in for a treat as co-writer/director Jason Eisener presents a world where the world’s Christmas trees rise in revolt against the slaughter they suffer at the hands of the human race every December. The results are as silly, bloody, and funny as you would hope from that description. So sit back, fix yourself one of those super-sugary coffee drinks that taste like peppermint, and enjoy the over-the-top ridiculousness that is TREEVENGE.