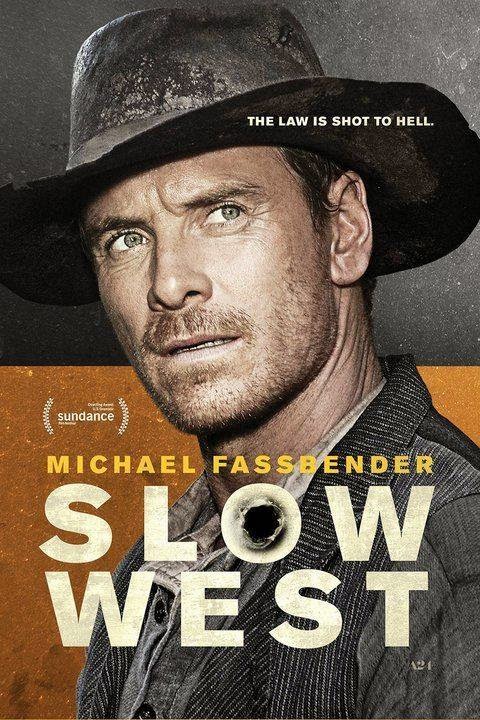 It is a rare thing to find an optimistic Western. Despite being set at a time when most people associated America with limitless potential, the genre of Westerns has always been closely associated with the darker films of the ‘60s and ‘70s that revitalized its popularity. Contemporary Westerns focus on themes of modernization, lawlessness, genocide of indigenous races, and penance for past sins. While there do exist Westerns with a bit of positivity to their name, most films would not treat the American frontier as a land where dreams come true.

And neither does SLOW WEST, for the most part. John Maclean’s Western shows violence that rips families apart, brutality towards the Native American populations, and, somewhere near the bottom of the spectrum, the pain of unrequited love. And still, through it all, Maclean manages to create a cheerful tone that absorbs the violence in the film and emerge all the stronger for it. The American West is a place where men may die, the movie says, but it is also a place where men may truly live.

Jay Cavendish (Kodi Smit-McPhee) is a descendent of European aristocracy who falls in love with Rose Ross (Caren Pistorius), a woman below his means. When an accident causes Ross and her father to flee to America, Cavendish follows, making his way across the continent with only a book on the American West as his guide. There Cavendish happens across Silas Selleck (Michael Fassbender); Selleck is a bounty hunter and hired gun who offers Cavendish a deal: either Cavendish pays Selleck handsomely to guide him through the West, or Cavendish dies a victim of his own trusting nature. Together, the two men make their way to Ross’s homestead, followed a distance by dangerous men who have their own reasons for keeping Cavendish nearby.

Like all road trip movies – conventional or otherwise – the journey is secondary to the changes it affects in its characters. Cavendish is unabashedly naïve, especially given the potential for brutality in the American West, but SLOW WEST never tries to condemn his optimism. “He saw things differently,” Selleck explains. “He thinks we’re in a land of hope and goodwill.” This positivity is a welcome change for Selleck, who was pulled into the outlaw life at Cavendish’s age and was never presented with the opportunity to make his own choices. In a land of unlimited opportunities, Selleck serves as a bounty hunter because that is the only life he’s ever known.

With Cavendish serving as both surrogate son and surrogate inner child for Selleck, it is Kodi Smit-McPhee who anchors the story and keeps the film moving forward. Maclean and company are wise to let the younger actor take center stage; there is likely no shortage of temptation to let Fassbender and Ben Mendelsohn stare each other down, but Smit-McPhee provides the film’s emotional core and the audience’s surrogate to explore the West. For all that the supporting cast has accomplished, it could be considered selfless to watch them defer to the younger talent; Smit-McPhee, no stranger to sharing the screen with the best talent cinema has to offer, here takes his first real step into a true leading role.

Building on the romantic concept of underage English aristocracy in 1870s Colorado, SLOW WEST is also sprinkled with bits of absurdity that add, rather than detract, from the road trip atmosphere of the film. In one scene, a bandit tries to rob a general store, only to be reminded by the proprietor that there is nowhere else in the region to spend the money. In another, Cavendish comes across three men singing African spirituals in the middle of a plain, complimenting them on their performance in French. Writer-director John Maclean depicts the American West as a land co-inhabited by the civilized and the uncivilized alike, leading to moments of sudden brutality and gentile charm. The comedy flows easily from the collision of the two forces; SLOW WEST aims to be the outtake reel of Manifest Destiny. 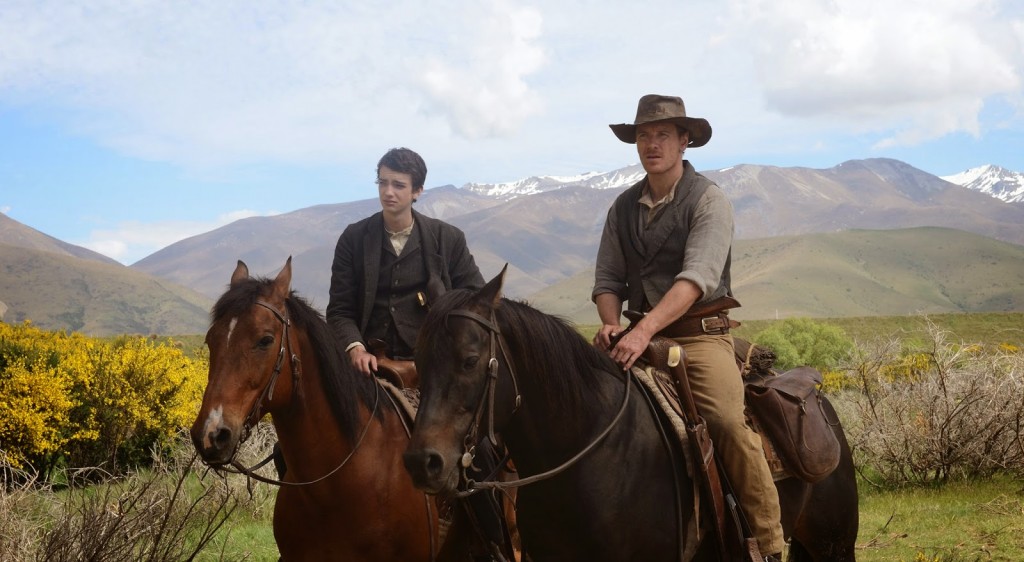 To the end, Maclean and cinematographer Robbie Ryan often stop the film to present the perfect image of man against nature, lone riders capped against the Colorado mountain ranges or the empty skyline. Ryan also frequently divides his frames in half, allowing both foreground and background to stay in focus and extending the filmic space back onwards to the horizon. Color, too, is important to the film, no more so than in the final scenes in the Ross household. Red blood stands out against yellow wheat fields; deep focus and color combine to make SLOW WEST a film that, to paraphrase Roger Ebert, calls attention to itself (common) and deserves to (rare). Unlike most Westerns shot outside the country, SLOW WEST also does an admirable job standing in for the Western states. New Zealand proves itself a suitably cinematic Colorado.

With the blend of humor and beauty, it is somewhat tempting call SLOW WEST the world’s first twee Western, but the negative connotation with that word runs too deep. It is not disrespectful or sickening to call SLOW WEST a sweet film; with a story centered on young love and unfulfilled potential, the film breaks from tradition to show the American West as a land filled with as much personal satisfaction as hardships. Near the end of the film, Selleck thanks Cavendish for being a man who taught him that there is more to life than living; if any Western ever deserved to utter a line like that, then SLOW WEST is the one.