Where do all the characters in a slasher movie go after the ending of the film? In the real world, the credits roll and we walk out of the theatre suffering from a dizzying high, having been gleefully punched around by some gory carnage. But if the characters are “real” in the metaphysical sense–what happens to them? Do they go on with their battle scarred lives, living in fear that it’ll happen again? How do we hide from our past? How do we capitalize on it? To quote another show that peddled in paranormal phenomena—“where do we go from here?” These are some, but not all, of the questions that credited writers Ryan Murphy and Brad Falchuk work to answer, rather successfully, in American Horror Story: 1984, Episode 6, which also acts as the landmark 100th episode of American Horror Story. Fortunately the milestone doesn’t rely on fan service as an easy mark (save for a reference to Briarcliff Manor – from American Horror Story: Asylum, the series’ best season) to continue telling the ninth season’s compelling slasher story.

So much happens in American Horror Story: 1984, Episode 6’s brief, breakneck runtime that it’s easier to just jump around and talk about what events occur to each of the major players after the 1984 Camp Redwood Massacre—as five years have passed since the last episode, “Red Dawn.” Everyone starts “Episode 100” scattered to the winds but are pulled together, or in the midst of getting back together, by the closing credits. Everyone is either haunted or doing some haunting of their own. 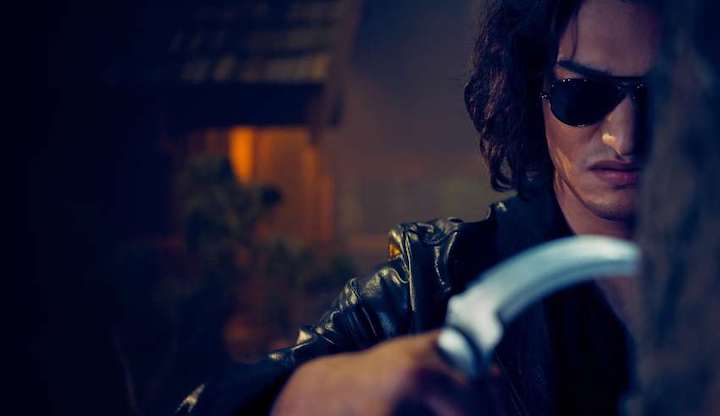 There’s Mr. Jingles (John Carroll Lynch) and The Night Stalker (Zach Villa), last seen headed to Los Angeles, seemingly concocting a crimson waves of madness on their journey back to where the season started. Turns out Ramirez has been incredibly busy, forcing Jingles to watch as the Stalker terrorizes anyone he so pleases—nearly murdering a woman while blaring Billy Idol’s “Flesh for Fantasy.” This ultra-violent buddy comedy’s center cannot hold, so Jingles turns his loose cannon partner over to the rioting citizens in the neighborhood—a scene in which Ramirez is chased down the street to Black Sabbath’s “Paranoid” AND REO Speedwagon’s “Can’t Fight This Feeling.” It’s a goofy scene, but one can’t help but chuckle at the sight of Jingles sipping a TAB soda, watching Ramirez get the beating he so justly deserves while Kevin Cronin croons away on the stereo. Ramirez is subsequently jailed and Jingles moves on to start a new life in Alaska, as Donald, videotape jockey. We’ll get back to them in a moment…

What about Brooke Thompson (Emma Roberts), led away in handcuffs after a school bus full of children witnessed her gutting Montana like a fish? She took the fall for Margaret’s killing spree, and is on death row, her last appeal having failed. It’s a waiting game for her, execution lurking right around the corner. Roberts looks so devoid of any drive to survive—utterly spent, physically and mentally. Yet there seems to be a Satanic savior in her midst. The coincidence of Ramirez being put on her prison block is hand-wavy, a plot point one could only chalk up to Old Scratch. He offers her a Golden Ticket, to let the devil in a la Jingles, but she declines (sparing us a semi-sequel to THE BLACKCOAT’S DAUGHTER – what the hell, Zoey 101!). I actually liked this Devil declination, because so many shows with supernatural bents tend to rely so easily on using eerie powers to bring characters back from the dead (I love Supernatural, but it’s far too reliant on this). I actually thought the show might be ballsy enough to kill Brooke off for good, and as she’s injected with the lethal dosage, it really did seem like the end. Until the last minute bait and switch where it’s revealed that Nurse Rita (Angelica Ross) was under the executioner’s garb and resurrected Brooke with epinephrine (I think), or didn’t even inject her with chemicals at all. They keep all that vague, deliberately or otherwise. Now, two more of our characters are back on the board. 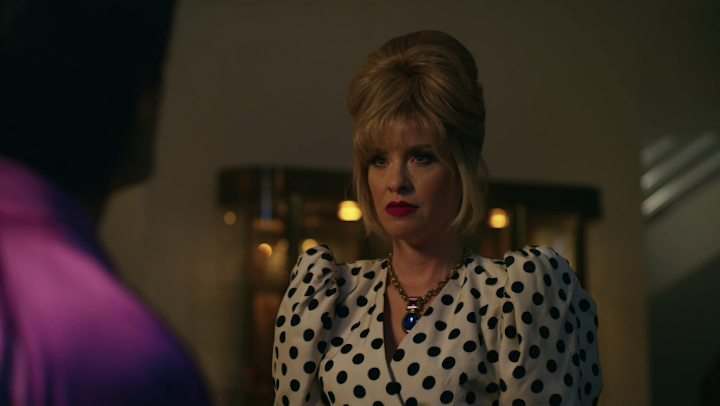 For Margaret (Leslie Grossman), her life post-Redwood slay spree has been all about getting rich and exploiting the nostalgia of people’s real life nightmares, which feels like a missed opportunity to do a commentary on how documentaries and podcasts that exploit the pasts of serial killers and their victims to monetize the present (kind of like how this show is doing with Ramirez, but hey). And if that was the intent, I missed it entirely. Saddled with her is Trevor (Matthew Morrison), who survived his stabbing at her hands, and is now blackmailing her in a marriage of convenience so that he can harmonize along with her in their Sweet Greenbacks’ Badass Song. Margaret’s bread and butter is all about taking former murder sites and infamous dens of iniquity and turning them into tourist attractions, like John Wayne Gacy’s home or Ed Gein’s farmhouse abattoir. Grossman essays the rich, rude yuppie life, a business woman with a cutthroat attitude in more ways than one – a skin that fits her perfectly. On the other side of the coin, there’s Morrison who portrays the greasy, grindhouse excess of late ’80s coked up Dirk Diggler from BOOGIE NIGHTS – his asset between his legs being his only tether to achieving something in his life. Once they’re made aware that blood is still spilling the grounds of Camp Redwood, a scheme is hatched: a party on the property that will draw in big name musicians and hundreds of guests with morbid fascinations.

Briefly I want to touch on Montana (Billie Lourd), Ray (DeRon Horton), and Xavier’s (Cody Fern) exploits as the ghosts that call the camp their prison. Since a long patch of time has passed, the duo of Xavier and Montana have gotten more bloodthirsty than ever—Montana acting as a sexpot lure (a scene that reminded me of the opening murder in DEAD & BURIED—photographer killed by a hot blonde) for eager, dumb men, stabbing them up good and gorily and Xavier relishing in the joy of being a bad boy after years spent trying to do the right thing. Ray, well, Ray is still a stick in the mud. This little sojourn serves two purposes—it confirms my thoughts that Brooke would be some kind of urban legend at the now-condemned Camp Redwood and it also shows us that Chet (Gus Kenworthy), who suffered a watery demise at the hands of Margaret, is still holding a strong grudge (with Kenworthy selling the drama of how it felt to drown). It still holds the secret of the camp’s paranormal trap close to its chest though, something I feel will come to light down the road. 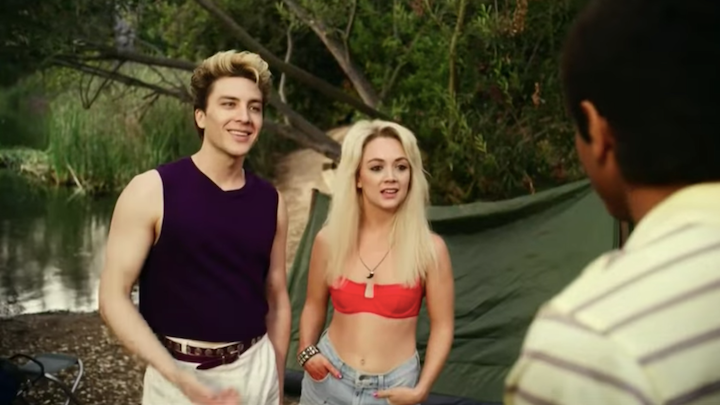 Lastly, Ramirez is back on the loose again, having garnered some sympathy from the devil and possessed a guard to make his escape into the night. His first stop is Alaska (the journey of which is grossly overlooked, and I’m sure the writers used some of the hand-wavy dark magic to make that happen). He heads there to presumably kill Jingles, but instead sets his blades onto the new Mrs. Jingles, an ex-prostitute. The reveal of this information is actually funny, because she divulges this backstory so matter of factly, in the same breath detailing that she knows her husband is not only living under an assumed identity but is also a former murderer. Lynch feels so perfectly at home in the role of a person who wears guilt like one wears a suit, a sort of grizzled remorse, something you hear in every syllable. His heel turn at the end of the episode, picking up his coat, his ring of keys, and marching off into the rainy night to seek revenge for the death of his bride sets us on a course where these two men going head to head will be a delightful quarrel.

“Episode 100” serves as an interlude. We’ve finished CAMP REDWOOD, the first in this “franchise” and now next week, the sequel presumably begins. With a party raging in in the woods, the potential for bloodletting is high.