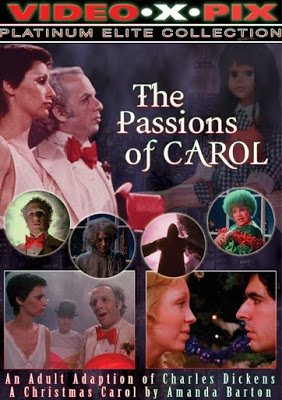 Mary Stuart (billed as Merrie Holiday) plays Carol Scrooge, editor in chief of BIVA Magazine. As usual, it’s Christmas Eve, and Scrooge is berating her employee Bob Hatchit. Unique to this interpretation of A Christmas Carol, however, is the matter at hand:

How do you expect me to keep my circulation as high as it’s been with a bunch of photographs of limp dicks?

She sends him back to his office and refuses to give him the night off to celebrate the holiday. 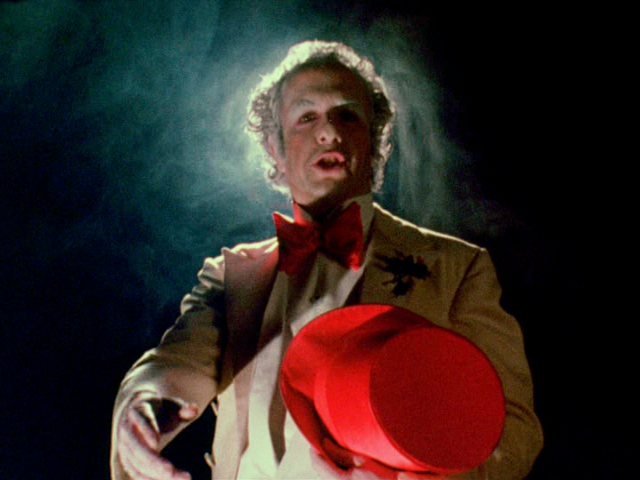 That night, Carol is visited by the ghost of her dead partner, Lance Marley (Marc Stevens). He warns her to avoid his fate (“I died at my desk with a hard-on.”) and brings her the news of the impending visits of the three spirits. And then they have a love scene, because Marley’s been dead for seven years, and as he describes it:

I know what death is. It’s an ever-endless wet dream and you keep waking up before you come.

I wrote down a lot of dialogue this time.

Marley leaves, and then the damnedest thing happens. The Ghost of Christmas Past (Arturo Millhouse) arrives, and his scene with Scrooge is nearly word for word direct from Dickens’ novella. There’s dialogue here that didn’t make it into half of the adaptations I’ve seen. It’s bizarre and completely out of place and utterly brilliant. None of the other Spirits talk like this, because none of the other Spirits are from the past. Naturally.

In the book, Marley’s ghost shows Scrooge the phantoms, the souls that walk the earth in “the incessant torture of remorse.” In THE PASSIONS OF CAROL, Scrooge asks Christmas Past why there’s a man covered in credit cards. The Ghost explains:

It is his fate to wander through eternity armed with the credit cards that made his life on Earth so  easy for him. But now, no one will accept them. Doomed to face eternal rejection at infinite Hertz counters throughout all time.

The next scene is… weird. Scrooge and Christmas Past visit her childhood, where she blackmails her friends Billy (Alan Marlowe) (a.k.a. Scrooge’s fiancée Belle) and Barbie (Susan Sloan)  into having sex with her. But from the clothes and the way they talk, they’re maybe twelve years ago? And they keep talking like that while the love scene starts, until the music takes over (“Carol of the Bells.” Did I not mention that the music accompanying the love scenes is Christmas music?)  They’re obviously adult actors, but it still skeeved me out. 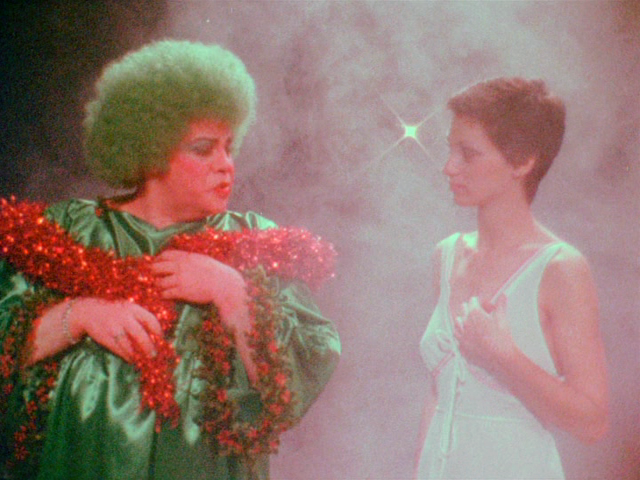 The Ghost of Christmas Present (Kevin André) is a drag queen, who wears Christmas garland as a feather boa (this movie just gets better with every scene).

I’m so now that if there were such a thing as reincarnation, I’d come back as a Bloomingdale’s.

He shows Scrooge the Hatchits (Kim Pope & Jamie Gillis) at home together. There are crutches, but no mention of any children, much less Tiny Tim. They have a love scene and Scrooge realizes that even poor people can be happy. 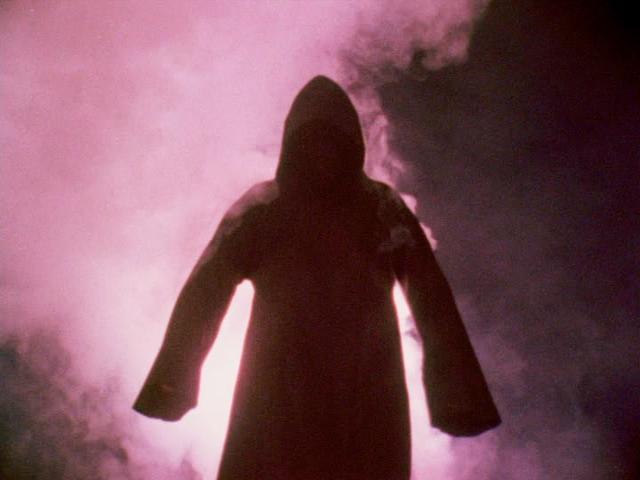 The Ghost of Christmas Yet to Come (Shaun Costello, this time billed as Helmuth Richler) shows Carol a streetwalker in Times Square picking up a trick. Carol realizes that the hooker is actually her (gasp!) in a cheap wig, and wakes up with a start (after the love scene, of course). Carol not recognizing herself is a nice parallel to Ebenezer not realizing he’s standing at his own grave. She gets out of bed, runs out to her balcony, and promises to be a better person and a friend to the needy.

I cannot believe how much I liked this movie. 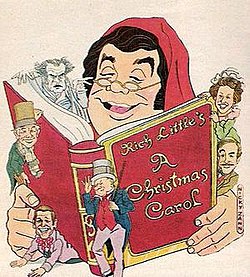 Rich Little is an impressionist who was about as popular in the 1970s and the 1980s as, say, John Mulaney is today. So popular, that he got his own Christmas special, RICH LITTLE’S CHRISTMAS CAROL where he played every character in A Christmas Carol as a character from his repertoire. So you get Rich Little as W.C. Fields as Ebenezer Scrooge, Rich Little as Richard Nixon as Jacob Marley, and Rich Little as Peter Falk as Columbo as The Ghost of Christmas Present. It sounds very gimmicky and it was very gimmicky, but there’s no questioning the man’s talent. Rich Little was one hell of a good impressionist. And his Columbo had me howling.