A CAROL FOR ANOTHER CHRISTMAS is a television movie from 1964 that was created to promote the United Nations. The movie was produced and directed by Joseph L. Mankiewicz, with a teleplay by Rod Serling. It first aired, commercial-free on December 28, 1964, sponsored by Xerox. It’s second airing was on December 16, 2012, on Turner Classic Movies. There’s never been a home video release. Why all the mystery? What made it so controversial? I have no idea. I never took an American history class that made it past World War II.

What I do know is that A CAROL FOR ANOTHER CHRISTMAS is long-winded and preachy. It’s alternately slow-moving and riveting. It’s not even remotely subtle. But it’s the most fascinating adaptation of A Christmas Carol I’ve ever seen. 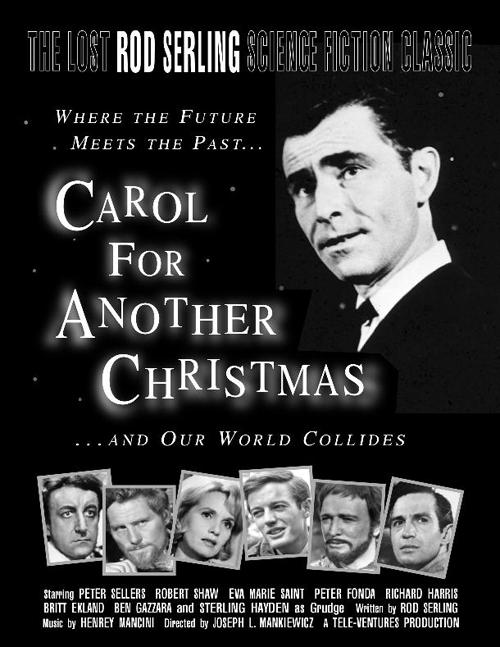 Sterling Hayden stars as our Scrooge, Daniel Grudge, a very successful and influential cog in America’s military industrial complex. Grudge’s nephew Fred visits his uncle at home on Christmas Eve, but not to invite him to Christmas dinner. Fred is pissed. A literature professor Fred knows was set to travel to Poland as part of a cultural exchange, but Grudge put a stop to it. If an American goes to Poland, then a Pole comes to America from behind the iron curtain. They argue about a lot of things, chiefly the pros and cons of isolationism.

Isolationism is the key word here. Serling’s script draws a parallel between Scrooge turning his back on the world and the dangers of any country doing the same. Everything will return to this same theme. Serling’s version of Scrooge’s “Are there no prisons?” speech: 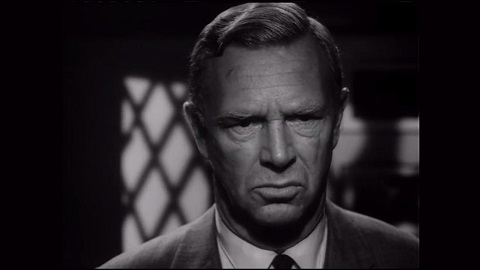 Just like in A Christmas Carol, the Ghosts of Christmas Past (Steve Lawrence), Present (Pat Hingle) and Future (Robert Shaw) show Grudge the birth of his isolationist ideology, the way that ideology is affecting people now, and the inevitable result of an isolationist civilization:

— The Ghost of Christmas Past (Steve Lawrence) takes Grudge on an atrocities of war tour, first  on a transport ship with the bodies of World War I casualties in 1918, then to Hiroshima in 1945.

— The Ghost of Christmas Present (Pat Hingle) shows him a displaced persons camp from World War II that is still in operation in 1964, eating a sumptuous feast in front of starving refugees (this is not a subtle movie). When Grudge calls him out on such a dick move, the Ghost calls him out on his “selective morality.”

— The Ghost of Christmas Future takes Grudge to the remains of his local town hall. A group of nuclear war survivors appear with their leader, the Imperial Me (Peter Sellers). The Imperial Me rouses the rabble into a kangaroo court, where convicting Grudge’s butler (Percy Rodriguez) is convicted of “The Treason of Involvement” and “The Subversion of the Individual Me.” It sounds weird and it is weird, but it’s also the most powerful segment in the movie. 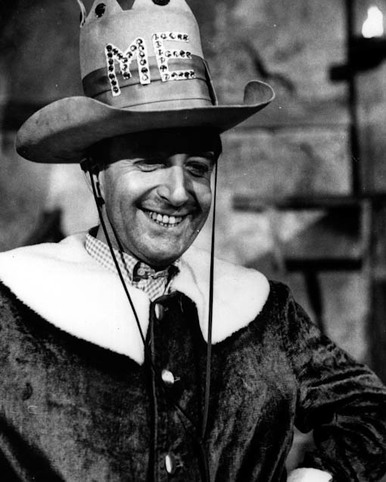 Eventually, Grudge learns his lesson that no man is an island, and the United Nations (not named, but obviously) may not be perfect, but it’s the best hope we have for the future. He makes up with Fred and takes his morning coffee in the kitchen — with the help! — while listening to a radio broadcast of the children of UN delegates singing Christmas carols in their native languages.

The biggest change Serling makes to Dickens is the elimination of the visit from Jacob Marley’s Ghost. In A CAROL FOR ANOTHER CHRISTMAS, Marley is the name of Grudge’s son, thus making him a composite of Jacob Marley and Scrooge’s sister Fan. But we never meet the lad. We see him in a portrait hanging in Grudge’s study (he’s Peter Fonda), and he appears briefly as a silent apparition. But this is the only adaptation without the Marley/Grudge scene. I suppose it’s not that big of a deal that Grudge isn’t warned of his visits by three Spirits, but I’d love to know how Serling interpreted Jacob Marley’s warning that the Spirits are Scrooge’s last chance for redemption. 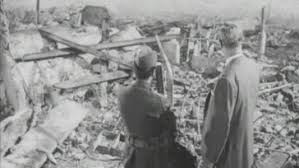 The cast is rounded out by Barbara Ann Teer, Eva Marie Saint, James Shigeta, and Britt Ekland, and the performances are uniformly outstanding. Unfortunately, A CAROL FOR ANOTHER CHRISTMAS is currently unavailable, but you can probably find it if you know where to look.

And Speaking of The Cast of DR. STRANGELOVE… 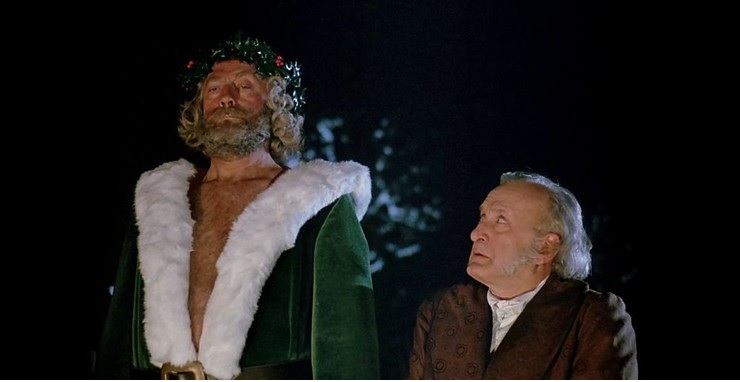 George C. Scott played Ebenezer Scrooge in a 1984 television movie, directed by Clive Donner, editor of the 1951 Brian Desmond Hurst version. This CHRISTMAS CAROL is generally very well-regarded, but I found it disappointing, particularly Scott’s performance. George C. Scott was a great actor, but his Scrooge doesn’t work for me. Everyone’s allowed their own interpretation, but Scott gives Scrooge a self-confidence that doesn’t really belong to such a miserable character. As for the film itself, Donner adds an unnecessary element of sentimentality to everything… It gets downright maudlin when Scrooge tells Fred that the real calling Christmas a “humbug” is the real humbug. Making Dickens more sentimental is like adding a sixth Bennett sister to Pride and Prejudice. Quit while you’re ahead.