Robert G. Putka’s directorial feature film debut MAD was a huge surprise when it hit the festival circuit in 2016. (Full disclosure: This writer loved MAD so much that he enlisted Putka to do a voiceover cameo in his own film.) A cutting comedy/drama about a troubled woman and her two grown daughters who live very different lives dealing with the aftermath of their mother’s nervous breakdown, MAD approached some devastating emotional territory with a sharp eye for detail fleshed out brilliantly by its three leads. It was the rough cinematic equivalent of hitting a grand slam on one’s first at bat, and after a successful festival run MAD was picked up by distributor The Orchard and released on Netflix and Amazon following a brief theatrical run. Despite having an acclaimed feature under his belt, Putka’s follow-up has taken some time to reach audiences. WE USED TO KNOW EACH OTHER shares some superficial similarities with MAD, but it puts an entirely different pair of characters under a deeply uncomfortable microscope. As its title suggests, the film is a portrait of a romantic relationship at its ragged end.

Hugo (Hugo de Sousa) is coming to America from Portugal to move in with his long-term and long-distance girlfriend Amanda (Essa O’Shea). They’ve been together for four years, but they haven’t been on the same continent in nearly a year, and when we first meet them they’re barely maintaining a conversation via Skype. When Hugo arrives at Amanda’s house, their reunion is amicable but strained. Their first few hours together find the couple sniping at each other for a litany of seemingly minor issues that pile up rapidly. Amanda invites another couple (Clare McNulty and Ashley Lenz) over to meet Hugo and their conversation quickly steers into some pretty heavy stuff for a first meeting. When they all head out to a local bar, it gets even heavier when Hugo reveals some troubles he’s had at home over the last few years that he has not told Amanda about. The next morning, Amanda feels compelled to tell Hugo something she’s been keeping from him as well. Over the course of these two days, Hugo and Amanda will have to face some hard truths about themselves and what they both want from life and from each other. 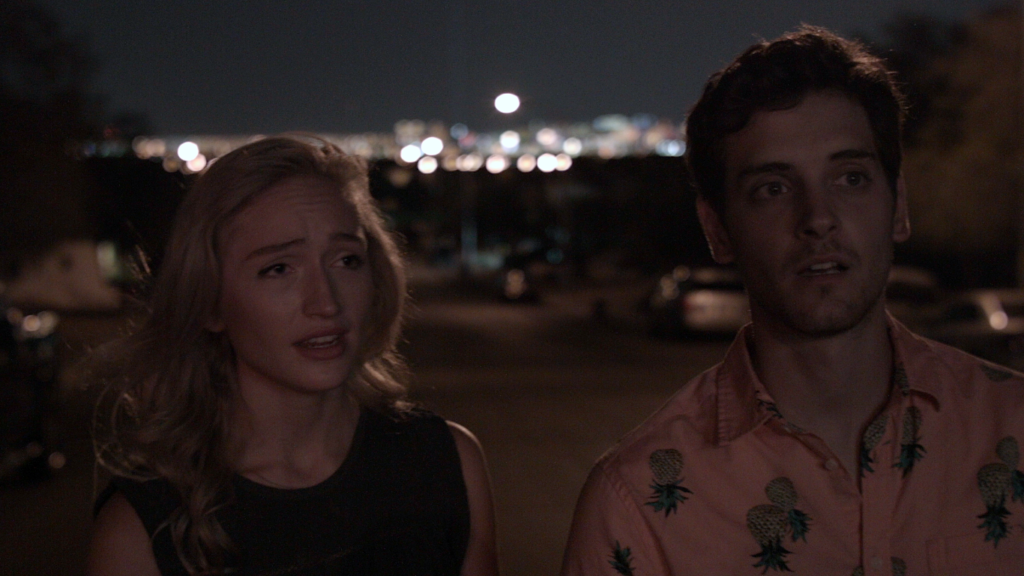 Like MAD, the central characters in WE USED TO KNOW EACH OTHER feel utterly real–for better and for worse. It’s just as brutally honest as Putka’s debut, but these characters are not quite as immediately engaging as the central family in that previous film. We know very little about their lives outside the bubble of their relationship — especially Amanda — and that makes it a bit harder to emotionally invest in their fates. Hugo often comes off as petulant and casually cruel, although he does have unexpected moments of vulnerability. Those moments come few and far between, though, and Hugo’s constant defensiveness makes it tough to identify with Amanda’s interest in moving their relationship to the next level. For her part, Essa O’Shea really fleshes out Amanda in heartbreakingly effective ways. She’s a smart, kind person who finds herself in an impossible situation of her own making, and every nuance of that is on the screen. It’s that raw emotion that makes both films so compelling, but it also makes WE USED TO KNOW EACH OTHER a difficult watch.

While all this sounds like the film is an unrelenting downer, there are some moments of (usually bleak) humor in the back-and-forth between Amanda and Hugo. Putka also once again shows a talent for using peripheral characters to take some of the edge off of some harrowing subject matter. The director himself appears in a cameo as an oversharing cab driver, and McNulty and Lenz are so great together they’d clearly make fantastic leads in a separate film about their characters. Vig Norris also appears late in the film in a small but highly memorable role as a stranger who runs into Hugo sulking outside a convenience store. The dynamic between these two is weirdly charged, naturally shifting at a moment’s notice from collegial to confrontational, and it’s not a surprise that Putka’s next feature project (currently crowdfunding on Kickstarter) focuses on characters played by these two actors. Everyone in the small cast has great chemistry, making it a pleasure to watch them interacting with each other even when those interactions are emotionally difficult. 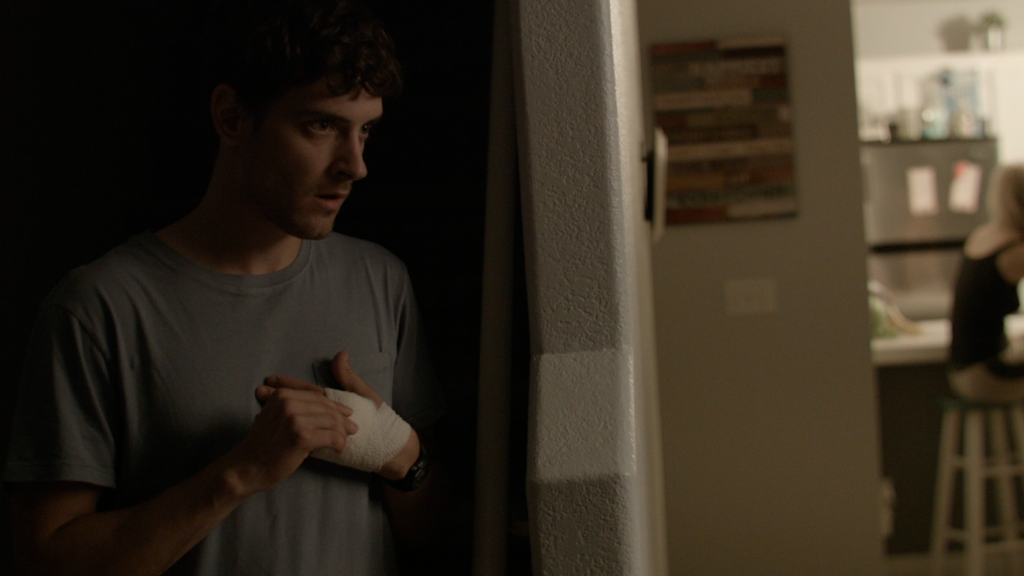 Part of what makes WE USED TO KNOW EACH OTHER so uncomfortably immediate is its intimate approach to production: shot what looks like almost entirely with handheld cameras, the film use lengthy observational shots that force viewers to share the characters’ headspace. This was no doubt by design, but also a practical choice. It’s clear that this film was made with a fraction of the budget of MAD, but Putka and his collaborators use those restraints in their favor. They use the natural locations of Las Vegas as a way to tie the story and the characters to a specific place, but one defined by its inconstancy and illusions of glamor. This story doesn’t take place on the strip, but its pair of central characters are taking a series of huge gambles with massive consequences. Shot by Mackenzie Mathis and Joe Martin, the film looks beautiful, every shot evoking a strong sense of place. Ben Measor returns from MAD as editor, and this film is cut to the bone — there’s not a wasted frame to be found. The minimal but effective score by Philip Hirzel (another returning collaborator) is carefully and expertly deployed. It’s a testament to what determined artists can do with minimal resources, and to the fact that ideas and characters are more important than any budget. While it may not quite hit the same heights as his lighting-in-a-bottle debut, WE USED TO KNOW EACH OTHER proves without question that Putka is a filmmaker with a singular voice well worth listening to- – even if we don’t necessarily like what we hear.