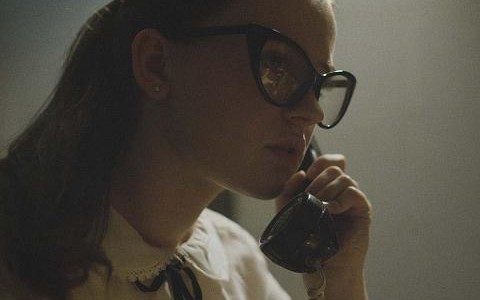 “You’ve entered the world of The Twilight Zone.”

Those words, crooned by Rod Serling, are cemented into our collective consciousness, a marker of 1950s sci-fi and tales of the strange. The Twilight Zone is a monochromatic horror masterpiece that told short yet terrifying tales of the uncanny. Enter “Paradox Theater,” a fictional TV show from the world of director Andrew Patterson’s THE VAST OF NIGHT. Paradox Theater, just like The Twilight Zone, shares stories of the strange and unusual. This particular episode dives into the experience of two teenagers who discover a strange radio frequency in their small town. 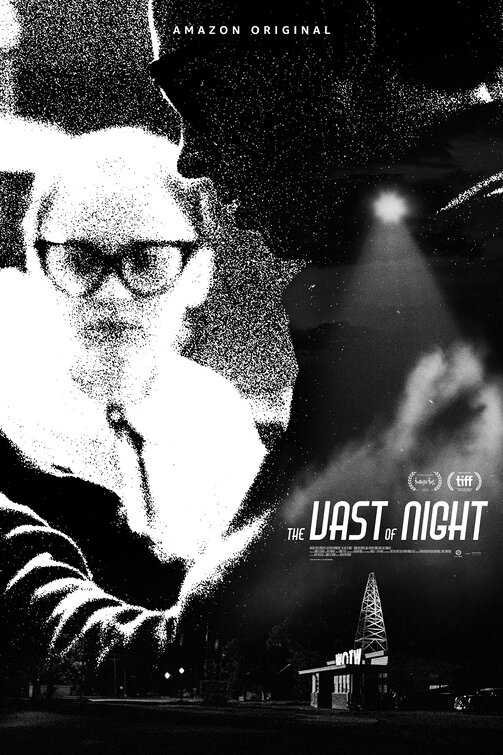 Local radio show host Everett (Jake Horowitz) and switchboard operator Fay (Sierra McCormick) are two quick thinking and quick-witted teens with a penchant for storytelling. One night, while manning the switchboard, Faye captures a strange sound, a frequency that seems to be pulsating throughout the phone lines. She calls Everett, and together they begin to investigate what could be causing the sound. But the truth leads them to something extraterrestrial.

THE VAST OF NIGHT takes place over the course of a small town basketball game and is told through radio shows, phone calls, interviews, and tape recordings. It is an amalgamation of technology, representing not only the power that technology has on our capacity for storytelling, but also an homage to how stories used to be told. Long, one-sided phone conversations that would appear dull elsewhere instead build with suspense, and the camera slowly zooms in on Everett’s face while the score begins to swell. We are invited along with Everett as we solemnly listen to this man’s story and create our own vision of what he experienced. This is a film that wants to stretch the imagination and force the viewer to more deeply engage with its narrative. THE VAST OF NIGHT demands, and gets, your attention.

More than about aliens, this is a story about the power of stories and how they can compel or deter a listener. Much of the film is two people having a conversation, sometimes even just over a black screen. This reliance on just someone’s voice shows trust in the storytelling and its capabilities. I mean, we all love podcasts, right? We’ve come full circle since the era of Orson Welles’ “War Of The Worlds,” turning to audio waves for our most compelling entertainment. THE VAST OF NIGHT marries the past and the present in this masterfully-done ode to the radio and science fiction. 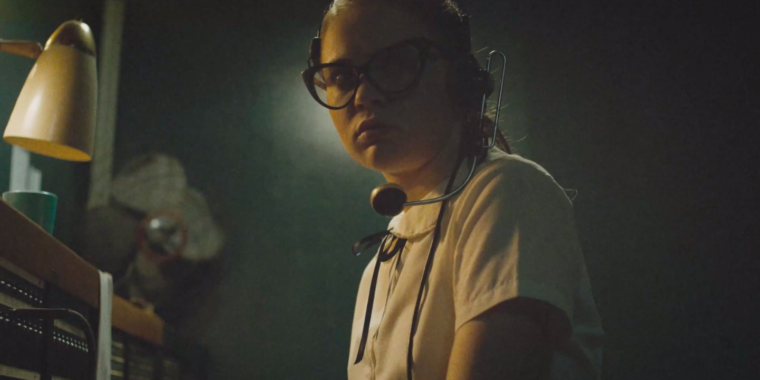 These stories are told mostly by the film’s two leads, Horowitz and McCormick, who are able to keep up with each other’s quick speech, witty jabs, and breathless stories. Their conversations feel so natural and brimming with excitement, the kind of excitement you get as a kid when you talk to someone who actually “gets” you. What adds to their natural feel is the camera’s distance from their conversation. The beginning of THE VAST OF NIGHT takes place in long wide shots that give the viewer a better look at the film’s word; you become absorbed in it as you are shown not only Everett, but a crowded gym full of smoke, teenagers, and electricity. As Fay and Everett leave the game and take a quieter walk, the camera still keeps its distance, simply filming the backs of their heads instead of their faces. The viewer becomes very aware of how they are viewing and how they are being told to view this film. It’s subtle and lets the actors seem as if they’re simply talking, not performing.

Between its two leads and fast-paced storytelling, THE VAST OF NIGHT is a dazzling tribute to the science fiction of the 1950s and the art of radio. It never rushes to reveal the truth, yet still keeps the viewer engaged with its ever-building mystery. This is more than a film — it is a love letter to the entertainment of the past, and how we can honor it even now in the present. THE VAST OF NIGHT is a must-see for sci-fi lovers new and old. 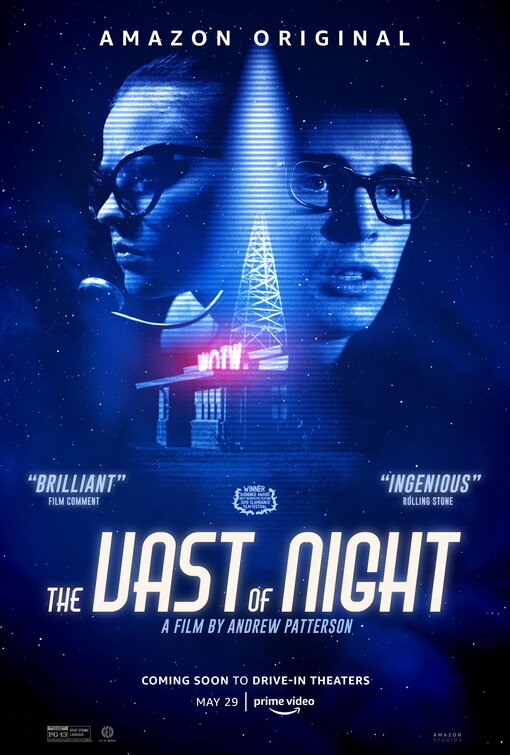 You can revel in the charms of THE VAST OF NIGHT when it arrives on Amazon Prime on May 29.