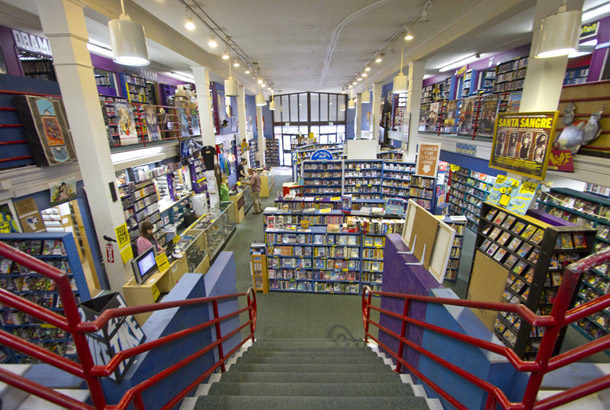 It’s the hunt that gets me. Searching for that big-box VHS and finally scoring it for the collection. Cautiously opening the flip-cover to exam the magnetic tape, maybe fast forwarding to the end of the tape and then rewinding it back to work out the kinks. For me, it started with SYBIL DANNING’S ADVENTURE VIDEO. There were five or six ADVENTURE VIDEO titles in my video store but there were 26 released in all, and I now have most of them. I am addicted to VHS, a lot of the writers on this site are addicted to VHS, it’s how most of us were first exposed to the films we dig to this day. Which brings us to DG Contributor Josh Johnson.

You may know Josh from the Videogeddon piece he does with Brian (aka @BTSjunkie). Josh is creating a documentary on the VHS format which covers the massive impact on culture, business, and the development of media, it’s called REWIND THIS! and its goal is to be the definitive account of the home video revolution. Dig it, Bastards! 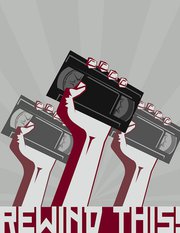 The film isn’t done yet and it needs your help. Josh created a Kickstarter page where you can donate some green to help them finish the project (they have some cool swag depending on your donation level). Follow this project, if you’re reading our site then odds are you’re going to be a fan of this flick. Jump over to Kickstarter and help a Bastard out.

Here are the links:

Thanks to all the Bastards out there in advance for the helping Josh out.