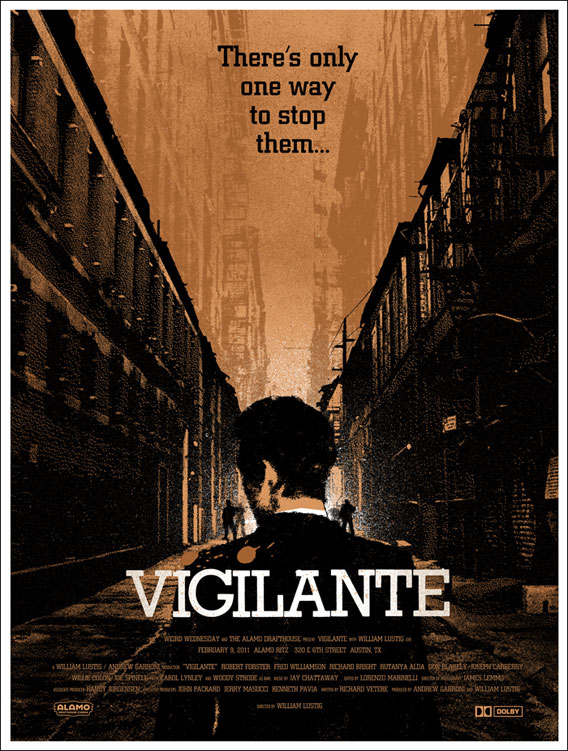 Martin Scorsese believes in film preservation because, as he says, even the films which aren’t considered great are still worthy as historical documents – they show us how people and places looked in the not-too-distant past, and thematically-speaking, they suggest what those people may have been thinking about at the time. So an early-‘80s exploitation movie like William Lustig’s VIGILANTE is very valuable, not only for the superficial genre pleasures it provides, but for the moment it captures in New York – it’s obvious that the architecture has changed dramatically, the outfits are thankfully different, and the sociopolitical climate has changed, but still, some things have come back around again. A garishly-dressed pimp in the movie pauses the narrative at one point in order to off-handedly complain about how tough it is for a working man to make a buck in “this recession.” The more things change… 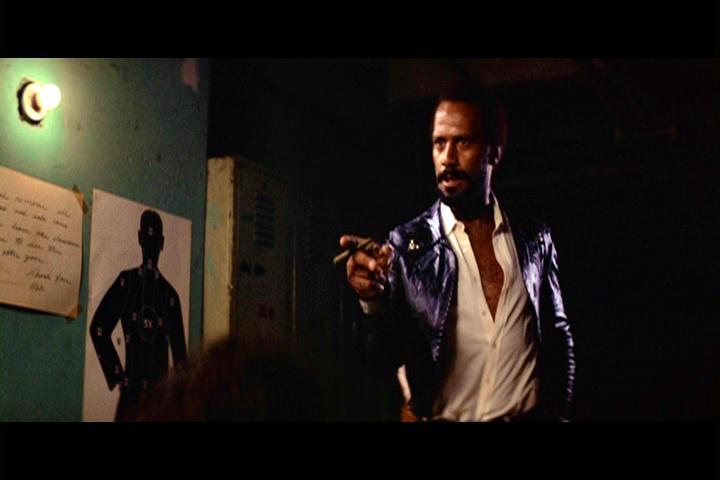 Anyway, that’s a highfalutin’ way to start a conversation about a midnight movie, so let’s just dig in. VIGILANTE stars the great Robert Forster (ALLIGATOR, JACKIE BROWN, DRAGON WARS) and the great Fred “The Hammer” Williamson (BLACK CAESAR, INGLORIOUS BASTARDS, ORIGINAL GANGSTAS). Interestingly, it’s a kind of crossroads movie, where the urban vigilante genre, a la DEATH WISH, and the blaxploitation genre, a la most of Hammer’s filmography, meet each other like gunfighters at high-midnight. 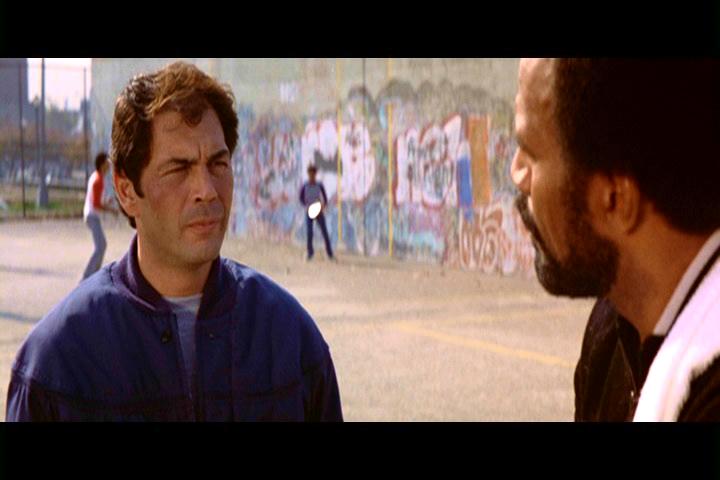 Forster plays a blue-collar guy whose co-workers, headed up by an atypically bearded Williamson, have a very specific extracurricular interest. They spend their off hours battering lowlife rapists and drug dealers, who the police are stretched too thin to catch and the courts are too corrupt to keep. Williamson is like that intense guy at work who’s way too fixated on talking about his social agenda, and Forster pleasantly indulges him for a while. He’s just not interested in doing what the film’s title knows he must. Then his wife and young son are brutally attacked by a remorseless gang, headed up by the legendary salsa musician Willie Colón (who doesn’t perform in the movie but is always seen listening to good music. He’s an evil tastemaker.) Not only does the judge let Colón go free, but he actually drops Forster in jail for contempt of court. 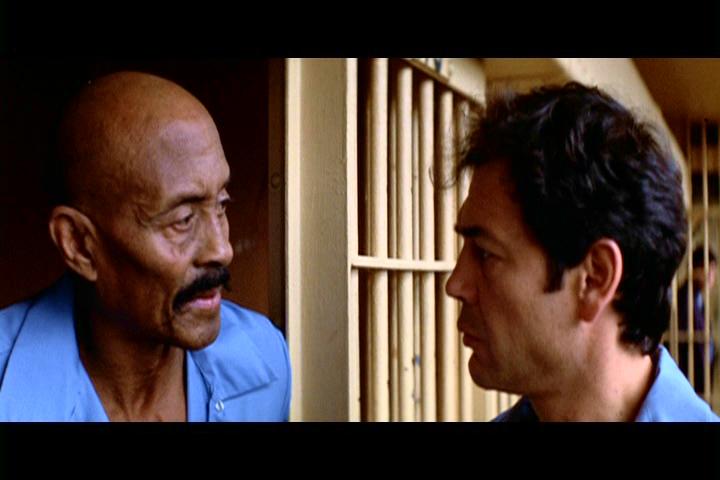 In jail, besides being treated to partial Forster nudity (paging Mr. Skin), we are treated to a welcome late-career performance by Woody Strode, the old-school John Ford regular and Western-film stalwart (THE MAN WHO SHOT LIBERTY VALANCE, THE PROFESSIONALS, ONCE UPON A TIME IN THE WEST), as Rake, a tough but fair-minded lifer with a funny mustache who looks out for Forster until his release. So we even get a prison movie segment folded into our urban revenge/ blaxploitation mash-up. This is not a movie that lacks in ambition. Or megaviolence: Naturally, when Forster gets out of county, he looks up Williamson and they go bust some heads. Sometimes literally. 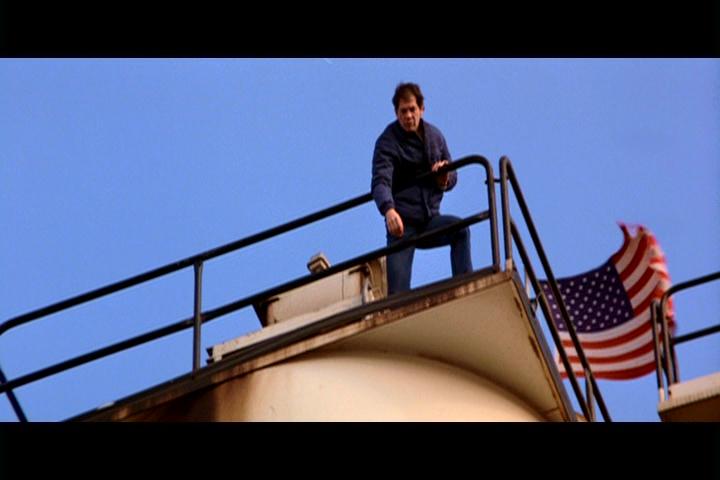 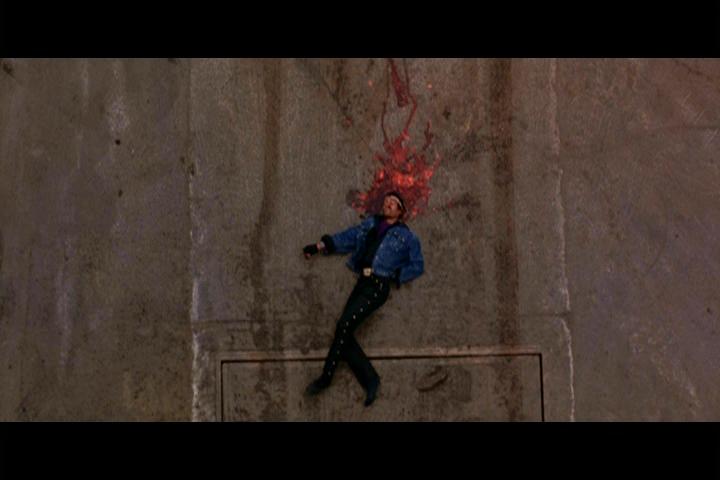 VIGILANTE does satisfy on some very basic levels – it has a fun, John-Carpenter-esque exploitation score by Jay Chattaway, some intriguingly grimy New York cinematography by the well-named James Lemmo, and you can never NOT have a great time watching beloved genre actors like Robert Forster and Fred Williamson whomping away on bad guys in badly-dated gang costumes. (Keep an eye out for one guy in particular who looks exactly like comedian Zach Galafianakis.) It just doesn’t aspire to be too much more than that. I wonder if a more combustible path for the story to take would have been for Forster’s character to refuse to follow Williamson down the vigilante path, and to see the two friends come into conflict at cross-purposes. If Forster’s character held on to his original ethical stance and Williamson continued to push for the instinctively more satisfying release of skull-smashing vengeance, the movie would be much more morally sophisticated. Hell, barring that, I’d even settle for better pacing and more fights, less talk. Unfortunately, when you descend into the low-budget exploitation world, you constantly butt up against understandable limitations and unfulfilled potential. There’s what you’d want VIGILANTE to be, which it absolutely achieves in several scenes, and then there’s how it actually turned out, which is not quite entirely sublime. 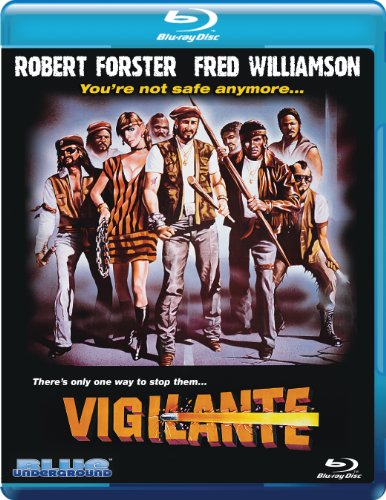 It’s the only VIGILANTE there is, though, and I still love it. If you’re like me, you’ll want to catch the screening tonight in Brooklyn at BAMcinématek, where director William Lustig and writer Richard Vetere will be doing a Q&A after the film. Or if you can’t make it, order up the great Blue Underground disc, sight unseen if need be. They don’t make ’em like this anymore, and that’s exactly why we need this one.