With the releases of their Anthony Spinelli double bill and SAVAGE WATER/DEATH BY INVITATION set to be released in March, Vinegar Syndrome has announced another pair of releases for the future, each with a double feature of sure-fire grindhouse entertainment!

Check out the promo for the double-bill of THE SUCKERS and THE LOVE GARDEN here! 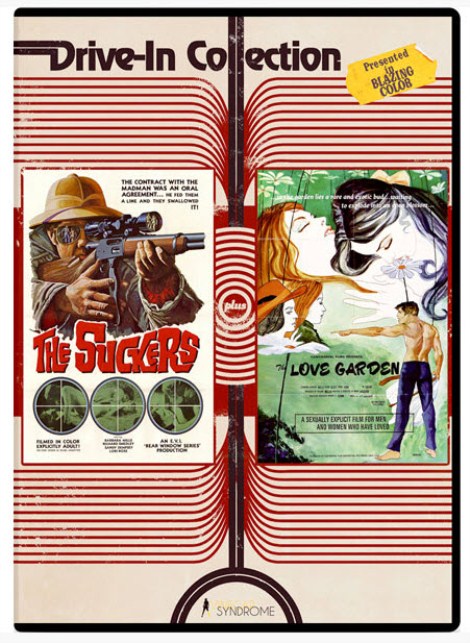 Lost for years, this sex filled version of THE MOST DANGEROUS GAME has finally been found! A group of thrill-seekers are caught in a web of sex and violence as they fight for their lives while being hunted by a group of madmen.

A love triangle unfolds between a young writer, obsessed with his beautiful neighbor who, unbeknownst to him, is involved in a lesbian relationship.

The other double feature consists of early exploitation flicks ANATOMY OF A PSYCHO (previously released long ago by Something Weird on VHS, and starring George Burns and Gracie Allen’s son Ronnie Burns) and Richard Hillard’s THE LONELY SEX! Check out the promo here! 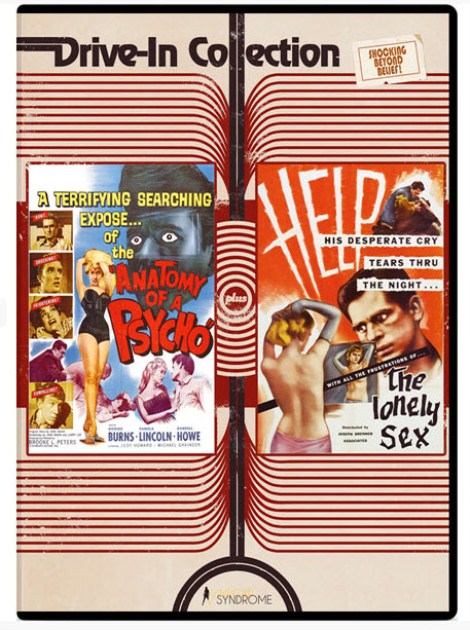 Two early exploitation gems which prove that even before the golden age of the grindhouse, cinematic sleaze could still pack a nasty wallop.

In this early exploitation classic, the brother of a convicted murder set to be executed
takes revenge against the people he believes were responsible for his brother’s demise.

In an odd blending of psychodrama, thriller and light sexploitation, a lonely outcast kidnaps a young woman and holds her hostage in a rural shack while a violent peeping tom goes about his daily routine.

With their H.G. Lewis release, these double features and the upcoming MASSAGE PARLOR MURDERS and at least one title we’re not at liberty to talk about yet (but damn, we’re excited), Vinegar Syndrome is proving themselves to be the one of the finest distributors of classic exploitation. We’ll be keeping you posted with reviews and news as soon as we can.