Home  ⁄  The Wire  ⁄  SEVERIN FILMS BRINGING JIM VAN BEBBER’S THE MANSON FAMILY TO BLU-RAY; ADDS LIMITED THEATRICAL RUN AND WE HAVE ALL THE DATES 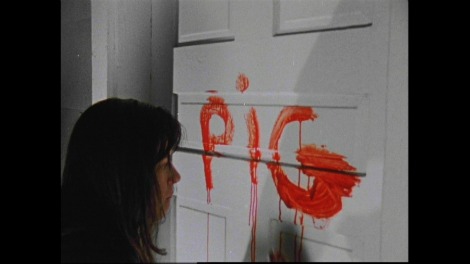 Our pals over at Severin Films announced today that Jim Van Bebber’s THE MANSON FAMILY will be making its way to Blu-ray on May 7th along with a limited theatrical run. 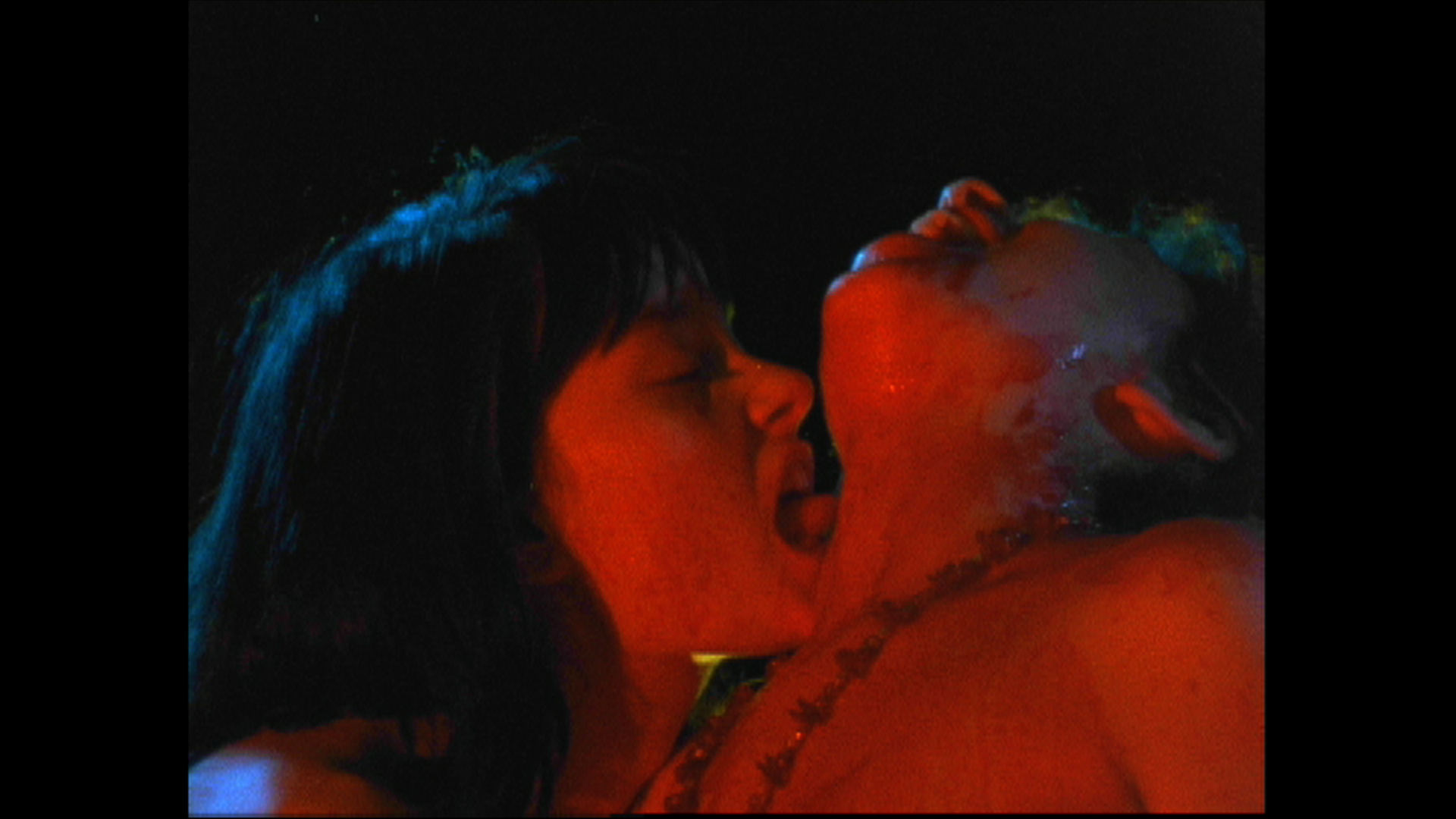 When you want to slice off a piece of crazy, the films of Jim Van Bebber are a good place to start. The dude bleeds red, white, and cult. His directorial debut, DEADBEAT AT DAWN, is masterpiece of grindhouse filmmaking and if you haven’t seen it then make sure you get eyeballs on it soon. We will be featuring it on No-Budget Nightmares shortly (shameless plug). His 2004 film however is something else entirely. THE MANSON FAMILY is docudrama that you don’t just see, you experience. It’s an oddity of the macabre and shows Van Bebber’s skill as a director. He has a tough time getting projects off the ground, I am not sure if it’s due to will, financing, or something else, but it’s films like THE MANSON FAMILY that wet your appetite for next Van Bebber trip. 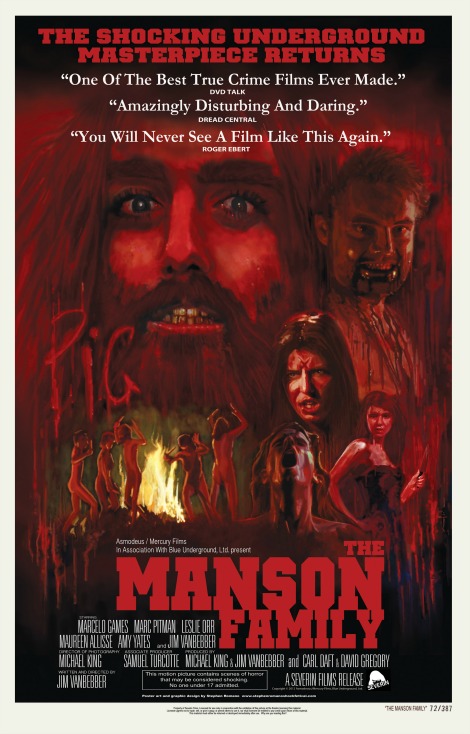 Special Edition Of Underground Epic Will Include HD Transfer, VanBebber’s New GATOR GREEN Short & Other Exclusive Extras!
LOS ANGELES, CA, February 21st, 2013 – Severin Films today announced the May 7th Blu-ray debut of Jim VanBebber’s legendary, award-winning indie THE MANSON FAMILY on the 10th anniversary of its original release. US theatrical dates in 20 major cities are scheduled through March and April and new poster artwork has been created by artist Stephen Romano for the occasion. VanBebber’s highly anticipated new short GATOR GREEN will accompany many of the screenings and will also be included in the extras-packed Special Edition Blu-Ray release.

The theatrical run launches at Landmark Theatres locations in Denver and San Francisco on March 22nd and will continue through April taking in New York City, Los Angeles, Chicago, Philadelphia, Washington DC, Boston and many more (see below for a partial list of engagements, with more to be announced in the coming weeks).

THE MANSON FAMILY delivers an uncompromising, brutal vision of the collapse of the “Love Generation.” On a ranch outside of LA the hippie dream is perverting into something evil. What was once an oasis of free love and acid trips has become ground zero for a madman’s paranoid visions. An average group of kids, the “Family”, become engulfed in a delusional world where torment and slaughter is considered the path to righteousness. The Manson Family is a dizzying, rapid-fire vision of the sex and violence that unifies the misguided group, and at the direction of their leader, ends in a brutal spree leaving seven people dead in 48 hours. Now re-mastered in stunning HD for the first time ever in America. Extras include an all-new Director’s commentary, the brand new short GATOR GREEN, the uncut version of the previously censored, feature length documentary THE VANBEBBER FAMILY on the film’s near-mythic production, and much more.