Hot on the heels of their H.G. Lewis triple feature, Vinegar Syndrome has announced another pair of releases for February, each with a double feature of sure-fire grindhouse entertainment!

Check out the promo for the Anthony Spinelli double bill due February 12, 2013 here! 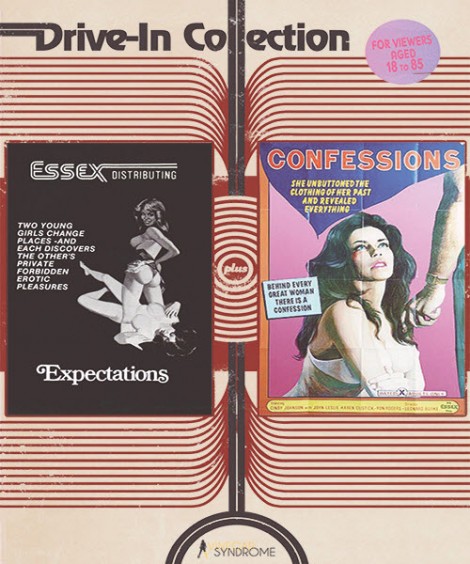 Two forgotten B-pictures from one of the X rated film world’s most talented auteurs, Anthony Spinelli, presented from film sourced transfers for the very first time!

EXPECTATIONS (1977)
Two women, one a wealthy socialite and the other a swinger, decide to swap lives. However as the novelty wears off, they become slaves to each other’s misery.
Director: Anthony Spinelli
70 minutes / Color / AR: 1.85:1

CONFESSIONS (1977)
A bored, upscale housewife decides to dabble in the world of anonymous sex and prostitution but quickly learns the unfortunately reality of such a lifestyle.
Director: Anthony Spinelli
68 minutes / Color / AR: 1.85:1

The other double feature consists of a pair of nifty ’70s sleaze fests, due out February 12, 2013. Check out the promo here! 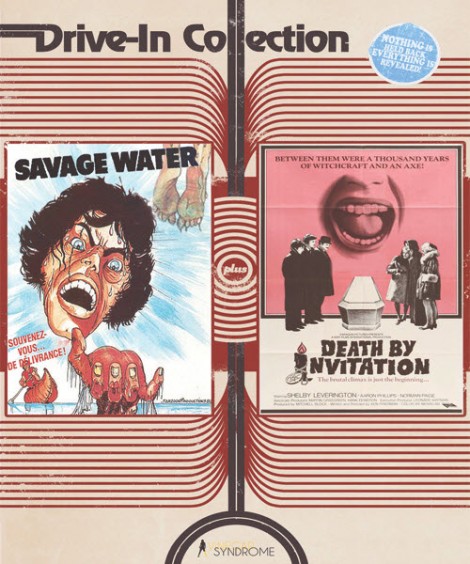 Two grimy, low-rent, regional sleaze-fests guaranteed to leave even the most jaded genre film fans scratching their heads in disbelief.

With the H.G. Lewis release, these titles, the upcoming MASSAGE PARLOR MURDERS and a few titles we’re not at liberty to talk about yet, Vinegar Syndrome is proving themselves to be the one of the finest distributors of classic exploitation. We’ll be keeping you posted with reviews and news as soon as we can.