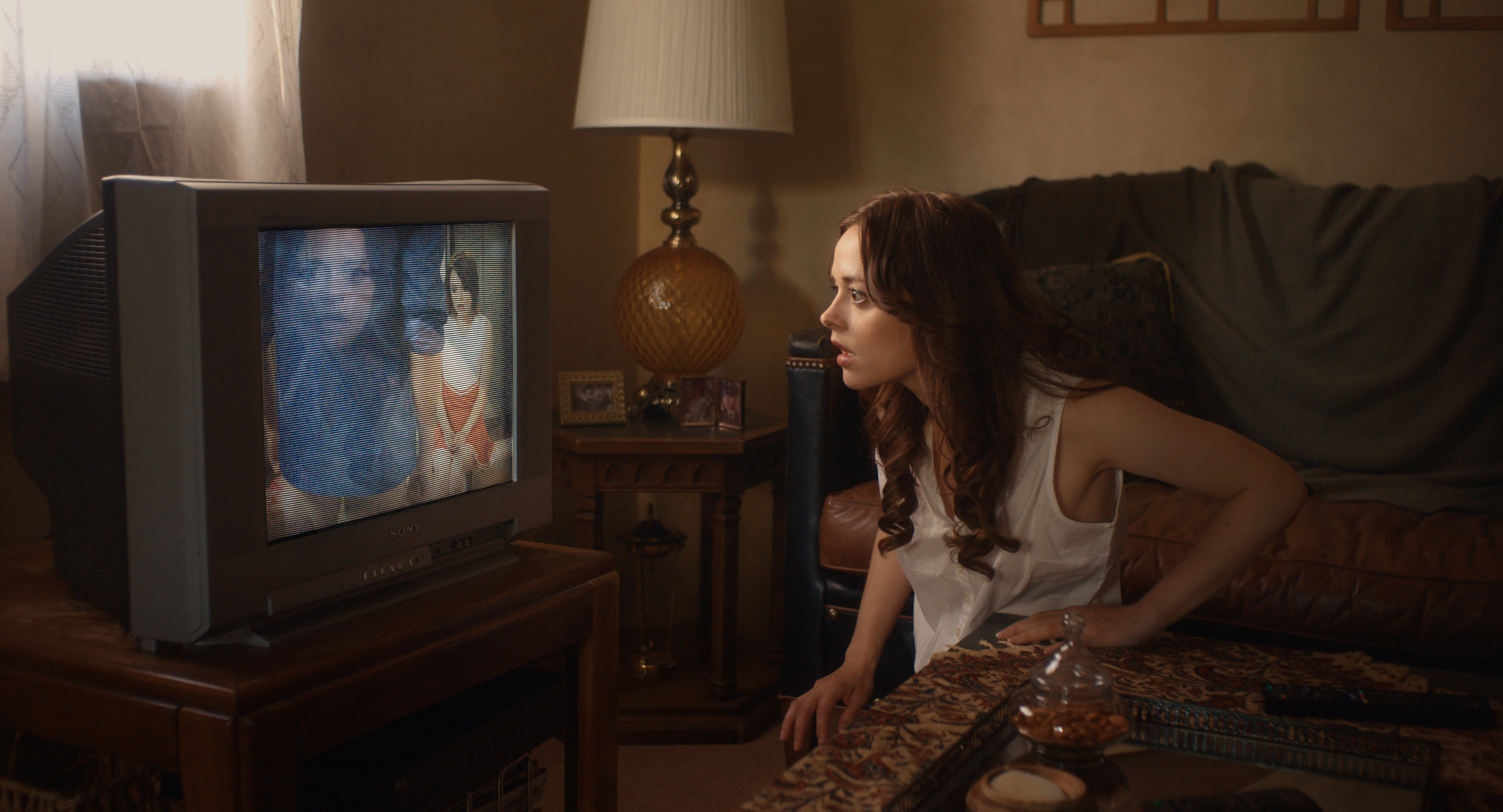 IMITATION GIRL is an easy movie to like, but I wanted to love it. Is it the fault of the film or the filmmakers that I watched it with heightened expectations that it did not meet? The answer, of course, is no. But even if I had approached the film with lowered expectations, it has so much potential that it only partially fulfills that I have the feeling I would be writing the same review as I am now coming from a place of expecting more.

Unfolding as a semi-experimental narrative, the film follows Julianna (Lauren Ashley Carter)—a New York-based adult film star struggling to find her purpose in life—and her Imitation (also Carter), an alien who took Julianna’s form from a magazine photo and wanders into a desert community in New Mexico. While that plot set up could go in any number of directions, depending on the genre, writer/director Natasha Kermani is not interested in following a traditional plot. Instead, she uses the premise to explore how two people can look so similar, yet seemingly be so different. But the film eventually questions if they really are that different as both women search for a meaning to why they are who they are.

If that description makes the film sound like a heady character drama more than a sci-fi film, that’s because it is. Despite the presence of the alien imitator, there are very few genre elements present in the film. 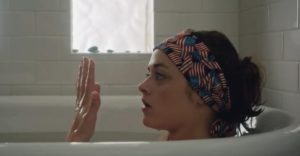 After fifteen minutes, the dreamy look and feel that Kermani captures for Imitation’s side of the story feels more natural with the unusual way it plays out than the more traditional “little girl lost” variation of Julianna’s attempts to make peace with her career dissatisfaction and the way she drifts through life looking for the path of least resistance. That dreamy nature of Imitation’s half of the story is what makes IMITATION GIRL so unique and compelling, but also is what kept me from connecting as closely with Julianna as I would have liked.

Kermani does a good job of presenting how the two women mirror each other in their opposite experiences of similar encounters. Imitation has a loving relationship with Saghi (Neimah Djourabchi), a kind Iranian-American student, at the same time that Julianna is well on the downward slope of her relationship with Max (Adam David Thompson), a part-time bartender and drug dealer who lacks ambition. As Imitation discovers the joys of sex, Julianna is close to a nervous breakdown as she confides to her director (Kevin O’Rourke) that she is upset that the work they do is only sex and does not provide any beauty. While Imitation reacts with wonder to every new thing she learns about humanity from Saghi and his sister Khahar (Sanam Erfani), Julianna is quickly burning out from being haunted by what she sees as her wasted potential and the callousness of many of the people she meets.

This structure serves as a showcase for Carter’s great work in the two roles. Her unfiltered wonder and empathy as Imitation is a stark contrast to the fragile Julianna and her lack of self-confidence, yet she plays both sides with complete honesty. I’ve been a fan of Carter’s since her turn in Lucky McKee’s savage THE WOMAN and her performance in 2016’s DARLING only solidified my belief that she is one of the best screen actors of her generation. With that in mind, when I say that her work in IMITATION GIRL is the best she has ever done, you should understand just how impressive both of her performances are here.

With as intriguing as I found much of Imitation’s story and at least part of Julianna’s half of the film, the dream-like tone eventually left me feeling slightly detached from the two lead characters when they finally meet. Kermani presents the climax of their meeting and the film’s resolution as a moment of transcendence with some slightly psychedelic imagery that makes sense given the mirror nature of the characters’ journeys. While the ending hits the right note to connect with the film’s themes, my detachment from the characters kept it from being totally satisfying. 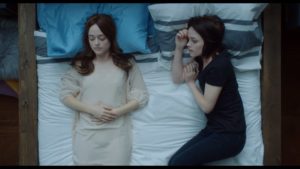 IMITATION GIRL is a true enigma of a film, slippery in its purpose and defying expectations far more often than it settles for the tried-and-true. Even with my misgivings about the occasional feeling of detachment and slight dissatisfaction with the ending, it is still well worth catching for Carter’s performances and Kermani’s complete tonal control.

IMITATION GIRL is on VOD now and will receive a theatrical run beginning April 20, 2018. 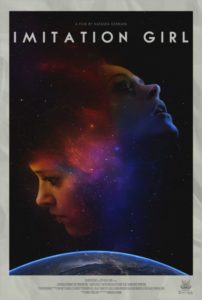