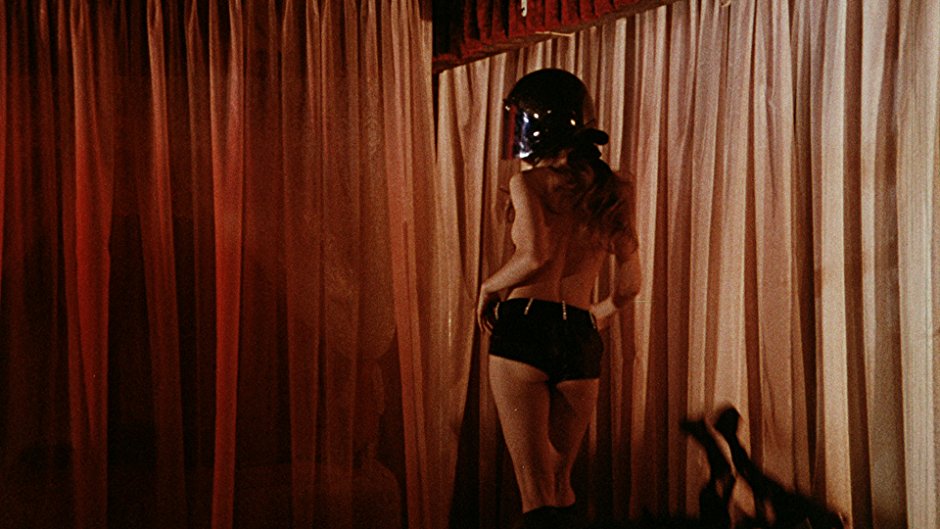 It should obviously go without saying, given the premise of this column, but my knowledge of early ’70s sexploitation films is very limited. The handful I have seen are the more mainstream offerings from Russ Meyer and more recently catching a restoration of Edward D. Wood Jr.’s obscure nudie cutie TAKE IT OUT IN TRADE. With that admission of my relative ignorance of the subgenre, it probably should surprise no one that I found DID BABY SHOOT HER SUGARDADDY? (cutesy alternate spelling: DID BABY $HOOT HER $UGARDADDY?) to be a weird, weird movie. But sometimes, weird is all you need.

Scummy mobster Mike (Vincent Barbi) manages to lose a million dollars from a briefcase handcuffed to his wrist while on a flight from Las Vegas to Miami. Fearing for his life if he lets his mob bosses know, he hires breezily corrupt vice cop Corell (Kirk Scott) to find it. Corell quickly concludes that the likely thief of the money is a mob accountant. The only problem is that accountant supposedly died in Mexico before the theft. Suspecting that the accountant may have faked his death and left the money in the house where his teenage daughter Baby lives in the exact opposite of harmony with his second wife (Tanya Lemani), Corell pays a visit to search the house and gets drawn into a strange plot that involves the sex-crazed wife and stepdaughter, a couple of low-level mobsters who may or may not be working for themselves, a transvestite madam, and possibly even Mike trying to double-cross everyone. 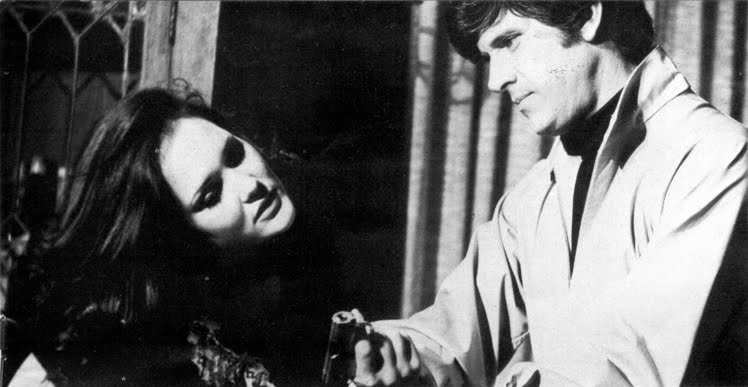 The plot is surprisingly labyrinthine for a movie titled DID BABY SHOOT HER SUGARDADDY? Honestly, I am not sure that I followed it all the way through. I am not sure if this is because the script by writer/director Jean Van Hearn (credited as J. Van Hearn) cheats and changes facts along the way or if I was just thrown by the rapid tonal shifts and bizarre sense of humor that unexpectedly pops up in the middle of routine scenes of executing a search warrant or tailing a suspect. The fact is, I don’t really care that I sacrificed a little understanding of who was double-crossing whom to get those tonal shifts and strange comedic asides because they are what made the movie fun to watch when it could have easily been just another poorly acted slog.

While many of the supporting players are clearly amateurs and struggling just to remember their lines while avoiding looking at the camera, Scott—one of the few professionals in the cast—helps save the film with a wryly funny turn. He brings a light absurdity to a role that could have been a stick-in-the-mud straight man character that only exists to allow everyone around him to go for the laughs. Whether he decided to play Corell as a slightly lascivious guy who still is the only character with a functioning moral compass or the character was written that way, he offers up a subtly demented variation on the classic hard-boiled movie detective that adds to the odd charm of the film. 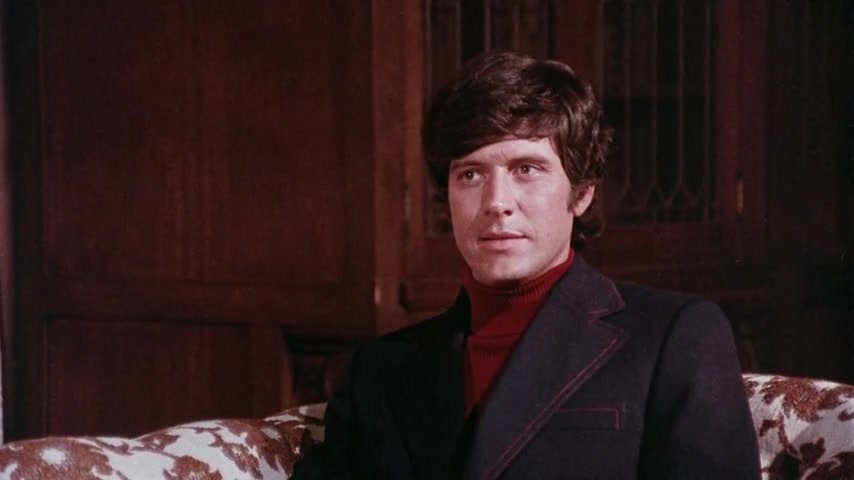 It is hard to tell if DID BABY SHOOT HER SUGARDADDY? is intentionally funny at times or if it is just sloppy filmmaking that lands unexpected comedic beats. Some of the dialogue is clearly intended to draw laughs, such as Corell describing Baby and her stepmother as “two cougars in heat” and begging his boss for more help in searching their house for the money because if he is left alone there with them, he is “going to get raped.” At other times, humor comes from just plain weirdness like a gigantic mob enforcer (James Whitworth) emerging from a hall closet snarling and growling like a wild animal. 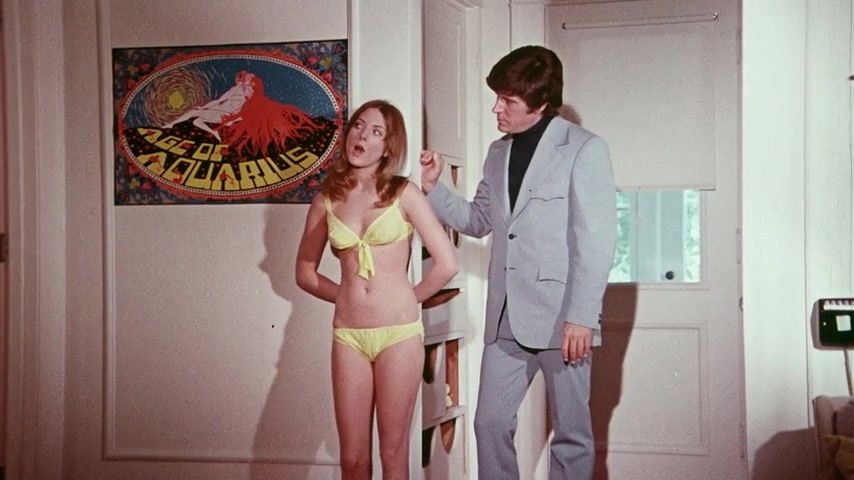 There is an abrupt tonal shift halfway through the film as the loose comedy suddenly gives way to the murders of two main characters (one of the murders, despite the lack of blood, is rather brutal and feels like a scene from a far more nihilistic movie). Even stranger than the way the film flips into the territory of cold-bloodedly knocking off two fun characters is how it tries to flip right back to silly comedy by treating the discovery of one the victims’ bodies as a sick joke. But even if the tonal flip-flop did not work, I still admire the film for trying something so unexpected.

Despite how much the film tries to do something different within the sexploitation genre, it also falls victim to some tropes that are just flat-out dull: all action in the third act stops dead for three decidedly non-erotic performances at a strip club, the wall-to-wall jazzy score that is repetitive to the point of torture, and some poorly-blocked filler scenes of two people sitting at a desk spouting exposition at each other. For a film that is only eighty minutes long, taking up a third of the runtime to indulge in such time killers is frustrating to watch. 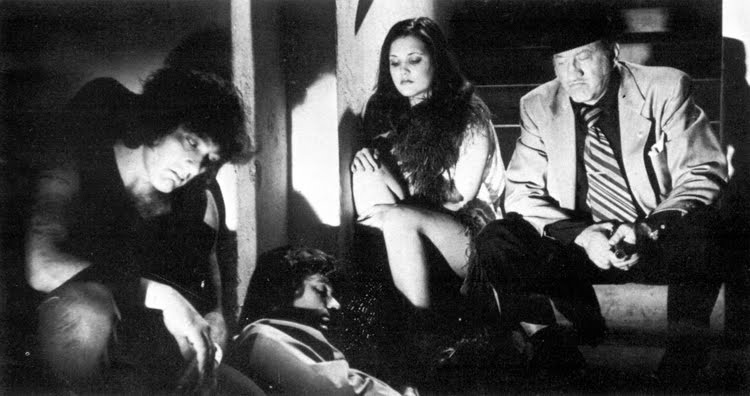 Even with the missteps that seem embedded into the DNA of the subgenre, I thought DID BABY SHOOT HER SUGARDADDY? was more fun than it had any right to be. It is one of those rare comedies within the sexploitation genre where much of the intentional humor works as well as the unintentional laughs. I can see how the oddball tone might annoy some viewers, but I appreciated the farcical nature of what Van Hearn and the cast shot for, even if they didn’t fully stick the landing. 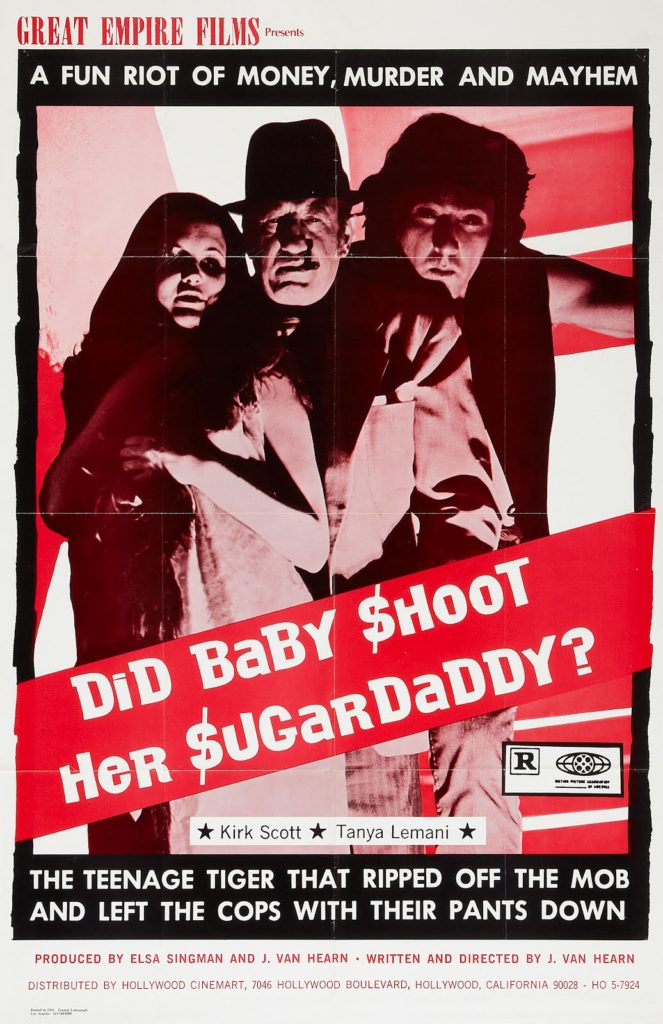