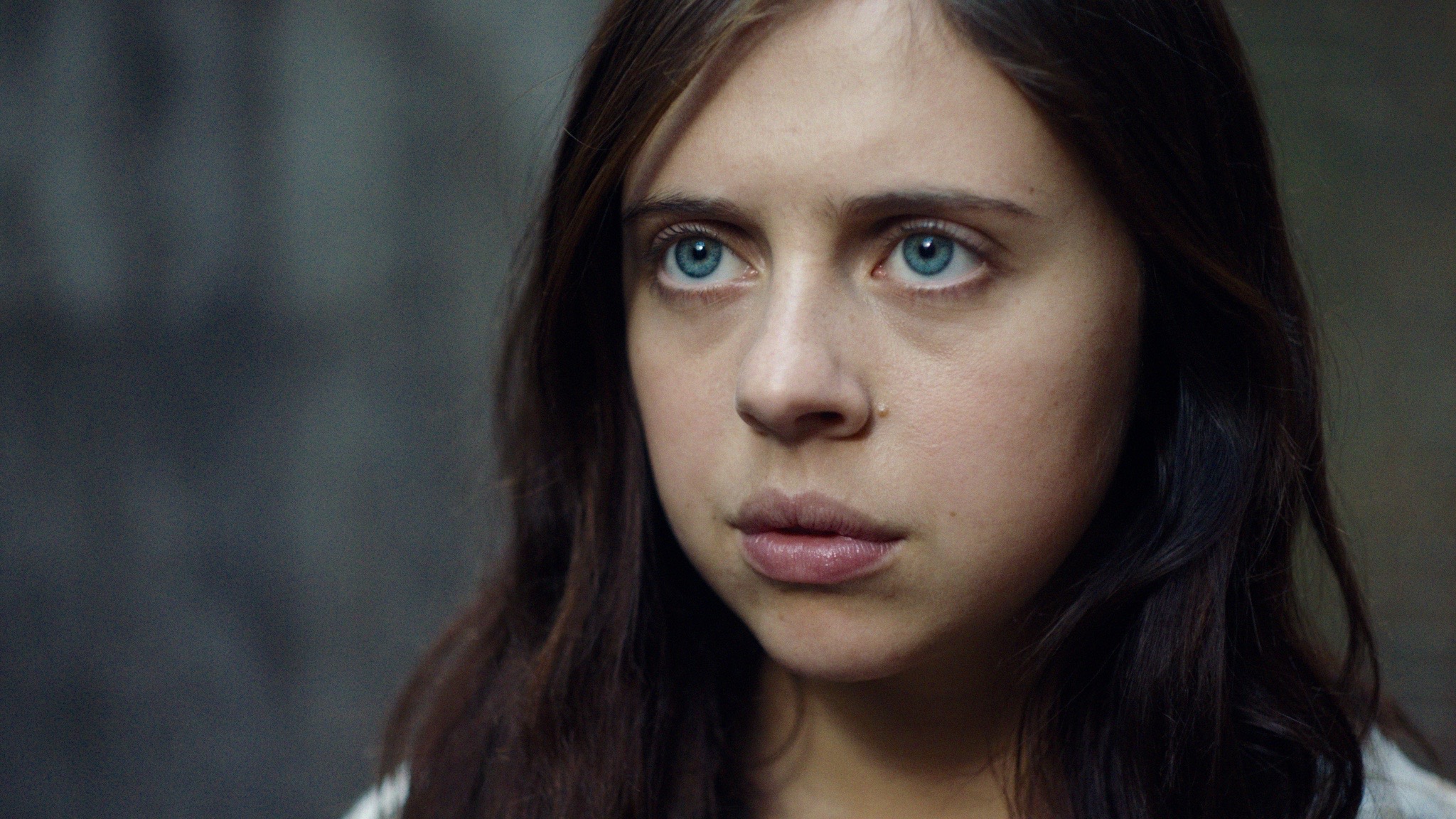 The opening fifteen minutes of WILDLING is almost unfair to the seventy-five minutes that follow. We watch as Anna (played, as she progressively grows from the age of five until she’s a teenager, by Aviva Winick, Arlo Mertz, and Bel Powley) is kept captive in an attic by a man she calls Daddy (Brad Dourif). Despite being played by Dourif, Daddy is sad and slightly pathetic as opposed to being creepy. He tells Anna stories about a creature called “the wildling” with long teeth and claws that eats little children. According to him, Anna she is the last child alive and he is keeping her locked in the attic for her own protection. Over the years, Daddy acts as parent, schoolteacher, doctor, and philosopher for Anna as she grows up not understanding just how screwed up the entire situation is. This sequence ends on a sad and inevitable note that serves as a perfect capper, making the opening feel like a tightly constructed, emotionally resonant short film. The rest of the film, while quite good in places, never does live up to this opening. 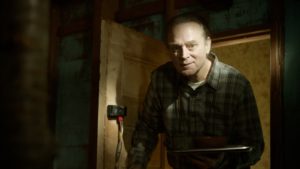 Freed from the attic, but thrust into an outside world that confuses and frightens her, Anna lands in a temporary living situation with Ellen (Liv Tyler), the sheriff of the rural upstate New York county she never even knew she lived in. While trying to sort out what Anna has gone through and who her true family might be (a DNA test confirms Daddy is not her biological father), Ellen grows attached to the bewildered girl. Ellen’s teenage brother Ray (Collin Kelly-Sordelet) also develops feelings for Anna—but of the romantic kind. But while Anna starts to return Ray’s affection, she also begins to go through biological changes like losing teeth when longer, sharper ones come in and growing long, black nails on her hands.

One of the refreshing things about WILDLING is that the screenplay by director Fritz Böhm and Florian Eder does not try to tease out an “is she or isn’t she” mystery about whether or not Anna is actually the wildling in Daddy’s story. After dropping several hints in the opening scenes, it is established fairly quickly after she moves in with Ellen that she is indeed the titular creature. What the film does with that development is where it makes both some interesting choices and a very hackneyed one that feels beneath the level of storytelling that is present in the early scenes. 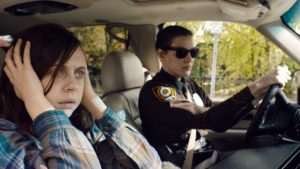 While the word “werewolf” never is mentioned in the film, it is clear that is one of the major inspirations for the creature that Anna is slowly becoming. Like the terrific GINGER SNAPS, it uses its premise of a young woman literally transforming into a different creature as a metaphor for the process of understanding her budding sexuality. WILDLING never turns Anna into an “avenging angel” type who kills a string of men for being jerks. Aside from one scene where a scumbag attempts to rape Anna (that ends as you might expect, given the film’s premise), she is presented less as a danger to others and more as a wholly unique being that should be respected as such and let free to be what she is meant to be.

WILDLING really becomes intriguing in the way Anna is used as an overt example for how easily most men are frightened by the power of female sexuality. These examples range from Ray, who despite Anna’s assurances that she “won’t bite,” is both attracted to and fearful of a potential romance with her to the random men in town who have some sort of pact to eradicate her kind and view her sexual maturity as an extreme danger to that mission. This aspect of the film gives it more staying power than simply being a creature feature. 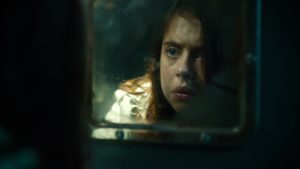 Where the film runs into trouble is with the character of Daddy. Feeling like the lone concession to a traditional monster movie structure, Daddy not only sticks around after the excellent opening of the film when he probably should have exited the narrative, but does almost a complete 180 degree turn. In the first fifteen minutes, Daddy is written (and beautifully portrayed by Dourif) as a broken man who desperately tries to do what he sees as a good thing through misguided actions. After disappearing from the film early on, he shows back up halfway through as a crazed symbol of intolerance and fear, hell-bent on finding and killing Anna. The sudden change in Daddy’s attitude and Dourif’s cartoonish performance is not earned and feels like a huge cheat on the part of Böhm to give Anna an emotionally devastating antagonist.

The argument for Daddy’s seemingly unmotivated change in behavior is that WILDLING is supposed to be as much an old school Grimm’s fairy tale as it is a modern horror film mixed with coming-of-age drama. The entire third act of the film certainly goes fully into dark fairy tale territory in its atmosphere and a haunting, satisfying ending. In that construct, Daddy can be seen as filling in the “wicked stepmother” archetype with his single-minded homicidal pursuit of Anna. Still, his arc feels like several scenes were excised from the final cut, leaving his character and Dourif’s performance feeling like they are operating on fast-forward.

Daddy’s sudden change is not the only place where WILDLING feels like it is missing big chunks of narrative. The romance between Anna and Ray goes from almost nonexistent to intense longing from one scene to the next; Ellen is established as an important figure in the film (almost presented as the unexpected “good stepmother” not often found in fairy tales), but largely is cut out of the third act of the film; and a mysterious mountain man (James Le Gros) is given almost no motivation or explanation, making his character come dangerously close to a deus ex machina plot device at a crucial moment toward the conclusion. While I normally applaud a film for staying close to a ninety-minute runtime, this is the rare case where I feel like making room for ten to fifteen minutes worth of character scenes would have paid off. 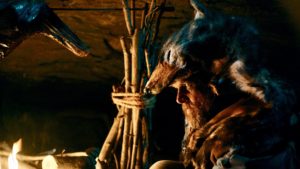 Even with the feeling that important pieces were left on the cutting room floor, there is still quite a bit about the film that makes up for most of the leaps in motivation. Powley is wonderful as Anna, nailing the inquisitive intelligence and playful sense of humor that is required to win over the audience (if you haven’t yet figured it out, the film is firmly on the side of “the monster”) while staying relatable. Tyler and Kelly-Sordelet turn in solid supporting performances in roles that are thankfully written as real people and not just plot devices. Böhm—making his feature directorial debut—does a nice job of mixing digital visual effects with practical makeup to create a dreamlike feel that plays into the fairy tale side of the film, leading to one of the better final shots I have seen in the last few years.

While it makes some rough missteps with Daddy, WILDLING is still an unexpected genre treat. It may not live up to the near perfection of its opening scenes, but it is still a sharp, incisive, and entertaining fairy tale. It covers some well-worn territory with a refreshing empathy for most of the players involved and a respect for the myths and fantasies that inspired it.

WILDLING opens theatrically in New York and Los Angeles and is available VOD on Friday, April 13. 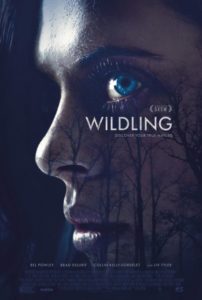