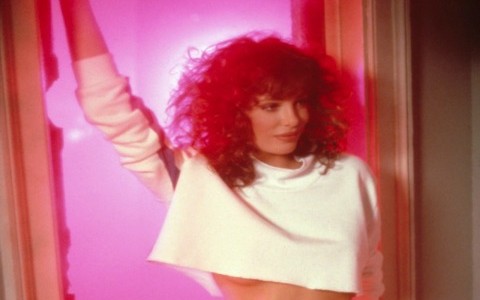 Water is wet, the sky is blue, and Hollywood will dry hump the leg of a remake on any day of the week that has a vowel in it. WEIRD SCIENCE, the classic film from John Hughes which spawned a generation of crushes and masturbatory material thanks to Kelly LeBrock (I may or may not be speaking personally), is getting a ticket on the remake train. That’s the bad news. The good news is that writer Michael Bacall has been hired to write it. You know him, he wrote SCOTT PILGRIM VS. THE WORLD, 21 JUMP STREET and PROJECT X (which I have yet to see but heard good things about).

There is always a gut reaction to remake news which usually involves expletives, rant filled posts on social media, and sometimes aggressive head shaking. But you want to know a little secret? These make money so someone is supporting them. Sometimes they’re good, sometimes they suck, and sometimes they are something in between like EVIL DEAD which had things that I truly loved and moments that I thought were astoundingly bad. But people are going, if they weren’t then we wouldn’t see the rush to remake everything that made a buck back in the day.

Am I a fan of remakes? Only the good ones. Would I like to live in a world where nothing is ever remade again? Nope, because then we wouldn’t have some truly special films like THE THING, THE FLY, 12 MONKEYS, and THREE MEN AND A BABY. Do I like asking myself questions? Of course, I think I am brilliantly stupid but hilarious.

I think Bacall could do something really interesting with this, I really dig that guys wit. I know this going to cause some of you to lose your shit, but I am kind of looking forward to this.