After his last two films—the scathing comedies WORLD’S GREATEST DAD and GOD BLESS AMERICA—Bobcat Goldthwait seemed like an unlikely candidate to jump into the “found footage” horror sweepstakes. And yet here we are, with his latest film WILLOW CREEK about to see a small theatrical run before appearing on VOD and Blu-ray/DVD. WILLOW CREEK is unmistakably part of that crowded, much-maligned sub genre: the action of the film follows a couple on a trek into the remote woods where the infamous Patterson-Gimlin Bigfoot footage was shot in the 1960s, and what happens when things inevitably go south. While this may sounds like a formula for another samey “found footage” film, WILLOW CREEK is easily one of the best films of this type to come along since THE BLAIR WITCH PROJECT.

Jim (Bryce Johnson) and Kelly (Alexie Gilmore) are a young couple on vacation. Jim has been obsessed with Bigfoot since he was a kid; Kelly is a staunch non-believer. Still, she has agreed to join Jim on this trip to help him make a little YouTube-style documentary about Bigfoot and his own quest to visit the site where the most famous Bigfoot footage was shot. They visit the town of Willow Creek, near Bluff Creek and the film site, and Jim interviews locals while Kelly shoots the video. They stop by various local Bigfoot-related businesses like the Early Bird (home of the “Bigfoot Burger”) and run into a few locals who are less than amused by yet another Bigfoot weirdo running around their town. Once Jim and Kelly are camped out in the forest and weird sounds startle them awake, they begin to wonder whether Bigfoot is out to get them, or if something even worse wants them out of the woods. 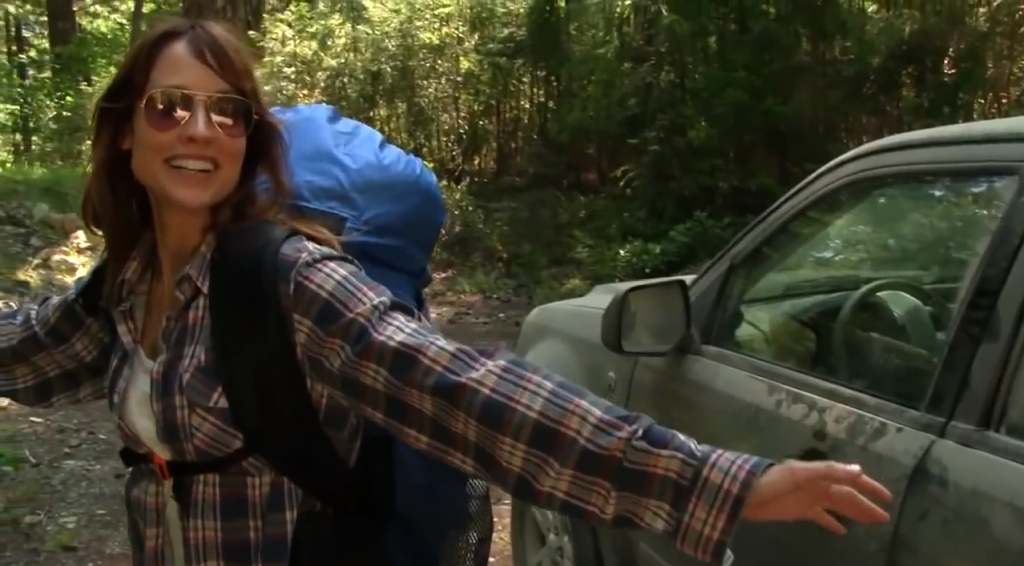 There are a few things that set WILLOW CREEK apart from most “found footage” horror films. The number one asset to the film is its strong characterization. Johnson and Gilmore are excellent as Jim and Kelly, and they really seem like a smart, funny couple out on a nice vacation. Their banter is mostly improvised, Goldthwait only providing them with an outline of the action of the film, and the locals they interview for Jim’s “documentary” are all genuine Willow Creek residents. The first two thirds of the film are bright, funny, and genuine, although the tensions in the relationship between Jim and Kelly are carefully shaded in their performances. The audience is given plenty of time to engage with these characters, and more importantly they will want to do so; when bad things start happening in the woods, the audience is on edge because it actually cares about these characters.

The other major point that sells WILLOW CREEK as “found footage” is its understanding of the language of “home movies.” Similar to Justin Cole’s UPPER, WILLOW CREEK truly feels like a tape played straight through, complete with jumps and gaps in time when the camera is turned off (with one notable exception). This leads to some familiar “found footage” complaints, but it also makes the film’s centerpiece shot work exceptionally well. The first night the couple are in the woods, Jim is awakened by weird noises, and he turns the camera on to try to catch them. Kelly wakes up and complains, but then the two settle in to listen. And listen, and listen, and listen. This massively long unbroken shot is spellbinding and actually frightening, in no small part thanks to some fantastic sound design and, again, great performances by the film’s two leads. 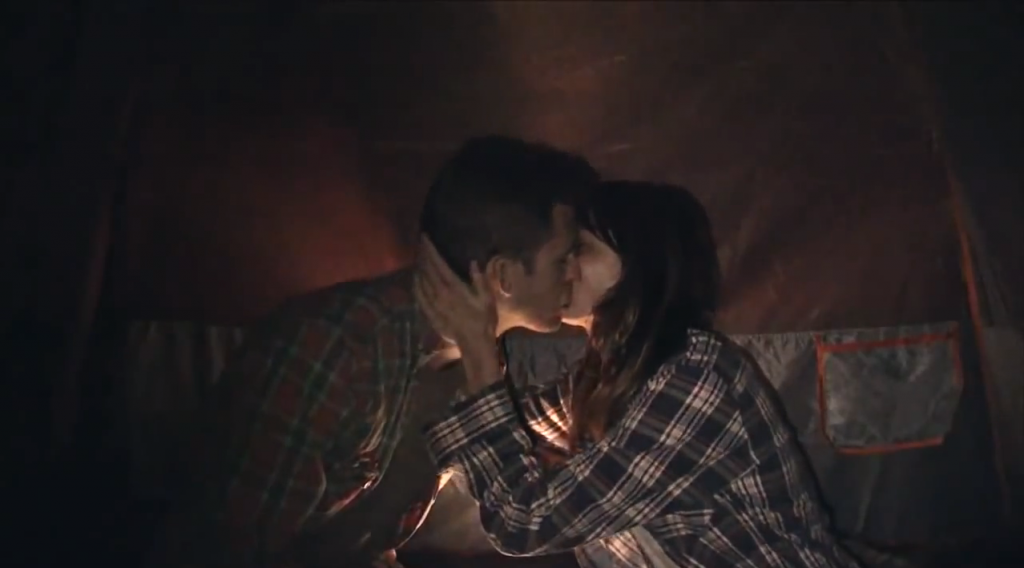 There is a lot more to admire about WILLOW CREEK, including the fact that for the first part of the film it also basically works as a fun documentary about real-life Bigfoot fan culture. Goldthwait also clearly believes in the maxim that “less is more,” and WILLOW CREEK is over in under 80 minutes. If anything, this feels something like an over-correction from “found footage” films that go on for too long. With its funny, engaging characters, deep roots in Bigfoot mythology, effective sound design and convincing “home movie” style, WILLOW CREEK proves that with the right approach, even a “found footage” movie can be great.