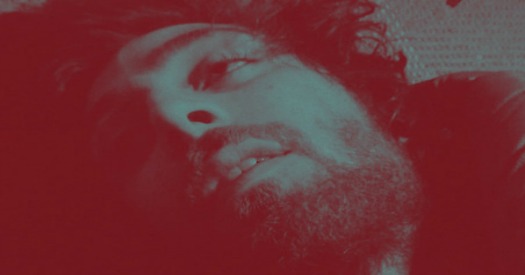 After hitting the Fantasia Fest with all kinds of creepy cool, Jason Banker’s TOAD ROAD is rolling out in limited release begining October 18th in Los Angeles and October 25th in New York. You want in? Daily Grindhouse along with Artsploitation and Elijah Wood’s Spectravision are giving away free passes to a screening of the film. All you have to do is send an email to info@dailygrindhouse.com with the subject line “Take Me Down Toad Road in LA” or “Take Me Down Toad Road in NYC”, depending on what screening you would like to attend. Tickets will be at will-call waiting to haunt you. Good luck! 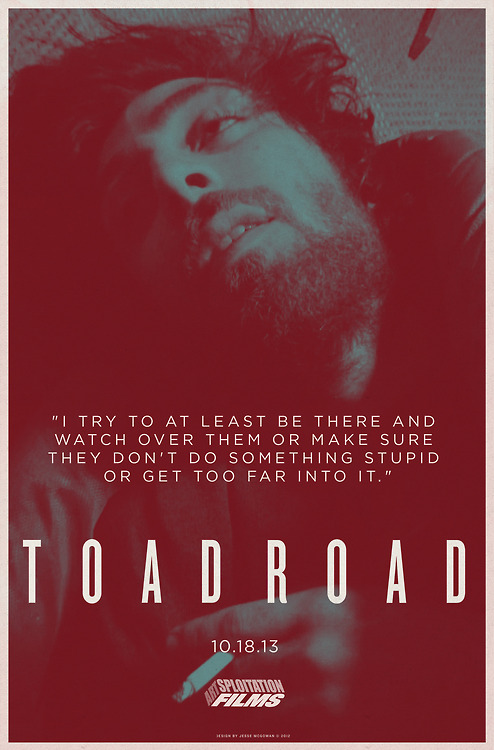 This October, Artsploitation Films, the cutting-edge film distribution company founded by TLA Entertainment president Raymond Murray, in association with Elijah Wood’s genre-themed production company, SpectreVision and Random Bench, will unleash the haunting and mesmerizing Toad Road via limited theatrical release. The film has been described as a hallucinatory and hypnotic odyssey through mutating realities, drug use, urban legends, and nightmares. The story follows a young college student who befriends a group of hard partying friends and finds herself drawn into the local legend of Toad Road—a pathway in the forest rumored to contain the seven gates that lead directly to Hell.

Toad Road displays a disturbing portrait of contemporary youth culture where the lines between perception and reality are blurred with often frightening results. Winning the Best Director and Best Actor awards at the 2012 Fantasia International Film Festival and Best Picture at the Lausanne Underground Film and Music Festival, director Jason Banker blends documentary footage with horror elements to create a cinematic experience like no other.
The film opens Friday, October 18th at the Arena Cinema in Los Angeles, and in New York at Cinema Village on Friday, October 25th.

In anticipation of the theatrical release, Artsploitation Films will unveil three exclusive teaser clips from Toad Road to press and media in the weeks to come, along with exclusive character posters for the film.

Fans and audiences outside of New York and Los Angeles are invited to bring Toad Road to their cities via Tugg.com, a innovative new platform that that gives audiences the power of choice in movie-going by bringing an on-demand experience to local theaters.

Artsploitation Films will be following up the theatrical release with a DVD/VOD release on December 10th.