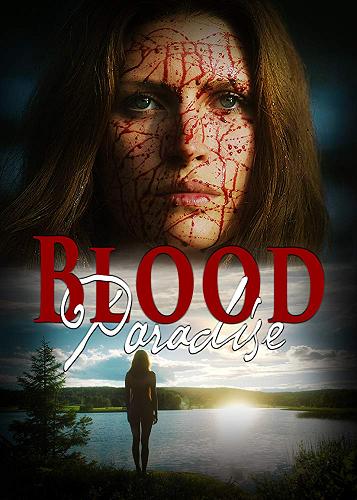 It follows crime fiction writer Robin Richards at a strange and awkward point in her career. Once a very successful author, she has since been disgraced by her newest book, Blood Paradise, which her critics said glorified abuse and cruelty, not unlike what happens with a lot of more hardcore horror media. Out of new ideas, she’s been reduced to lurking in her mansion and kink-playing as her own horror novel with her claustrophobic new-age boyfriend, who has a panic attack in his gimp suit basically immediately.

This being bad for business, her agent books her tickets to go on a trendy farmland vacation in Sweden to recharge and get fresh ideas for her new book, Children of Blood Paradise. Reluctantly she goes, and while the farm itself is quaint and as picturesque as anyone could ask for, the three members of the farm family are anything but. The widower, Rolf, is constantly tending to flowers in the garden where he’s buried his late wife’s body. His sister-in-law sits all day braiding and re-braiding the hair of baby dolls, and his son sits shirtless and mute, brandishing a rifle at random on the property. Between their unsettling behavior, and an obsessive fan hired out as her driver, Robin gets much more than she bargains for on her 48-hour vacation, and this time it’s not just role-playing as one of her victims. 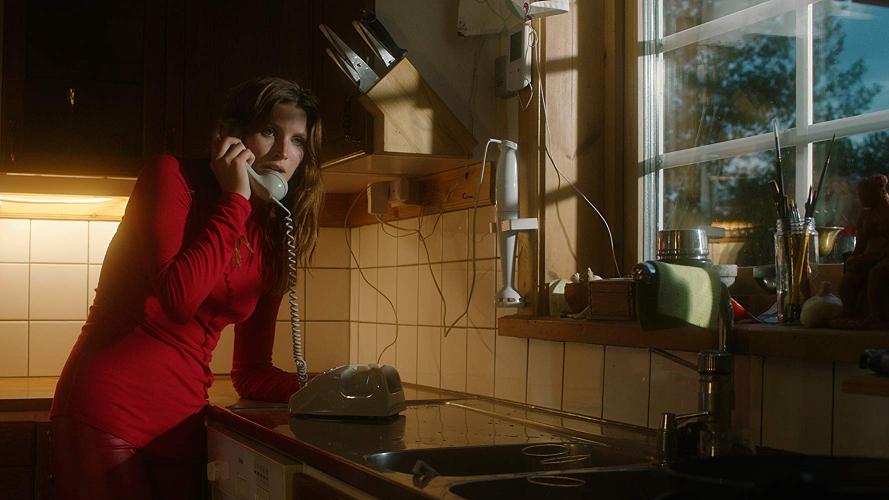 Unfortunately, the aggressive weirdness that one would normally expect in a movie like this is rarely present in any consistent manner, and once it is, it feels almost like an afterthought, because they were nearing the end of the running time. Furthermore, there is a massive difference between a slow burn and a movie that’s slow because of wonky or uneven pacing, and this movie is definitely the latter. While it did keep my attention well enough, there were times I wanted to poke the movie with a stick and say, “Do something.”

The slowness isn’t helped by the fact that the level of fish-out-of-water that Robin is becomes more funny than unnerving the longer it goes; from her terrified confusion as to what a live chicken is, to her getting college hijinks robbed of her clothes when she goes skinny-dipping in a lake. Her boyfriend isn’t much better. The few times we see him, he’s listening to loud, guided meditations about finding your inner lion, and also skinny-dipping, licking her foot, or smelling her panties (an oddly popular choice by the men in this film). As such, when things started going south and when he, then she, become victimized by the strangeness of the farm and its occupants, I found it really hard to care.

But that’s not to say I didn’t care at all, or about anyone. Her fan-obsessed driver, Hans, and his wife were both very well-acted and, for me, were the highlight of the movie whenever they were on screen. While Robin and her boyfriend just sort of exist as static, out-of-their-depth rich people, the driver and his wife go through a lot of conflict and ultimate growth. They fight about the greenhouse she keeps in their tiny apartment, and even though he immediately leaves to basically stalk Robin for the umpteenth time, he still cares about his wife, in his own off-putting way, enough to buy her a heart-shaped plant to grow as an apology gift. If he didn’t creep the hell out of me, it would have been almost sweet. 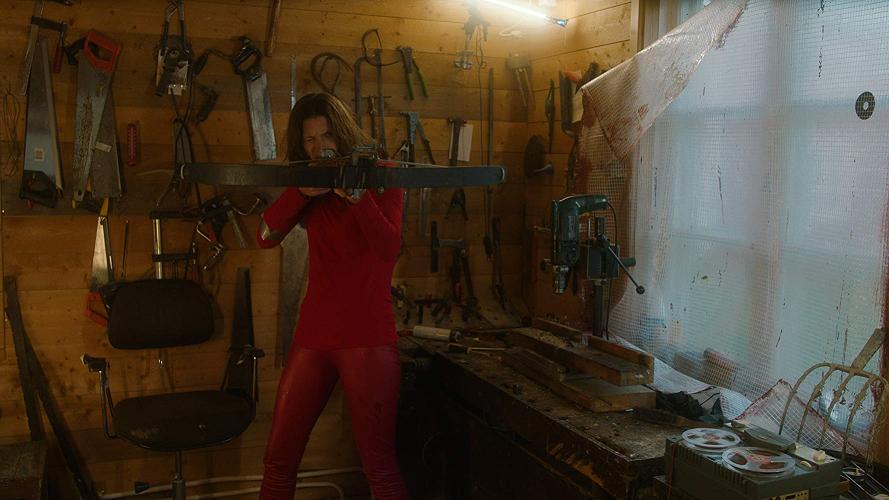 Her insecurities about his infatuation make sense and feel earned the more we see her left alone and worrying about whether or not she’ll be able to have a child with someone she loves who increasingly seems unable to love her, with the object of his obsession now so close to home. I wish this film had made the choice to follow them more than it does, and as more than a creepy driver and his neglected wife.

All that said, it’s definitely an interesting watch. The atmosphere is properly oppressive and isolating, and the visuals are beautiful at times, even when it’s showcasing a slowly-decaying farm with more dolls and dead things, either physically or emotionally, than living, vibrant people. It’s a solid way to kick off a weekend of horror movies.

BLOOD PARADISE is being presented as part of the Windy City Horrorama film festival on Friday, April 26th at 4pm at The Davis Theatre in Chicago.