I TRAPPED THE DEVIL is a slightly misleading title. One of the characters in the film does indeed trap someone (or something) that he believes to be a physical manifestation of evil, but the pulpy fun of a horror-comedy implied by that title is not present. In its place is a quietly brutal portrait of grief curdled into madness that is destroying a family. Those expecting an absurd horror film about capturing Satan should adjust their expectations accordingly, because while it does not live up to the expectations of its title, the movie that exists in its place is engrossing and packs a hell of a wallop in the third act.

Married couple Matt (AJ Bowen) and Karen (Susan Burke) arrive at the home of Matt’s estranged brother, Steve (Scott Poythress), for a surprise Christmas visit. Still reeling from the deaths of his wife and children in an accident a few years earlier, Steve is far from happy to see the only family he has left. He flat out tells Matt and Karen that they cannot stay several times before finally giving in to Karen’s persistence and sitting down to dinner with them. But it becomes obvious to the couple that something is off about Steve beyond grieving the loss of his family—even before he tells Matt with utter conviction that he has managed to imprison the Devil behind a door in the basement.

Of course, Steve cannot open the door to show Matt and the voice calling out for help makes him think his brother has finally gone all the way ‘round the bend and actually kidnapped someone. Matt wants to free the man, Karen wants to call the police, and Steve just wants them to leave him in peace with his prisoner. While Matt tries to formulate a plan to free the captive and somehow keep his brother out of prison, Karen gets close to the door that Steve believes is keeping the Devil at bay and feels…something.

This simple plot set up propels a claustrophobic chamber drama of shifting motivations among the trio of characters that is so deliberately-paced that—if not for the excellent performances—the slow ratcheting up of tension might not register. Writer/director Josh Lobo’s script is full of little moments that show the desperation Steve feels at being unmoored by the devastating loss he has suffered from the subtle (his quiet reaction to Karen mentioning that she and Matt are planning to have a child) to more pronounced (Steve’s belief that a free-floating evil causes death and destruction of the sort that took his family). These moments gradually add up to paint a portrait of Steve as a man who seems to be having a psychotic break, which the audience would clearly believe if not for the small sliver of doubt provided by Karen’s reaction at the door. 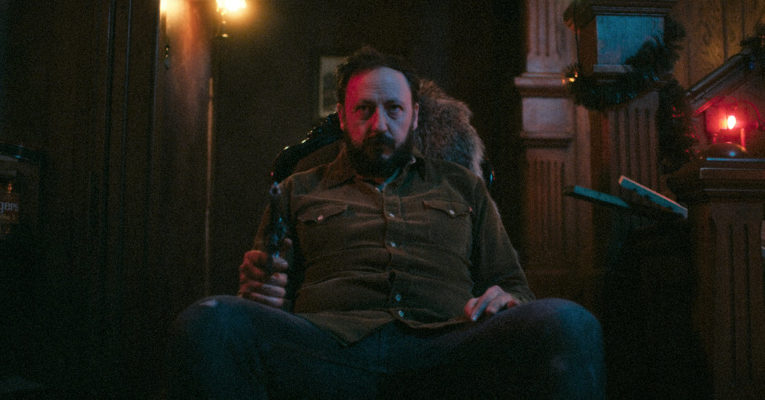 While the question of Steve’s sanity (or lack thereof) drives the plot, Lobo uses the pressure cooker situation to explore how estranged adult siblings interact when forced together. Bowen brings a strong sense of exhaustion at having to deal with Steve’s behavior that seems to pre-date his tragedy and the frustration that comes with understanding he will be seen as a jerk for voicing his displeasure. Poythress makes the wise move of underplaying Steve’s desperation, never giving into the temptation of a manic performance. The way these two actors bounce off each other with practiced annoyance and subtle tenderness make Matt and Steve feel like brothers who have been playing out the same “responsible brother looking after the screw up brother” act for decades, but now that things have gone so far off the rails that normality is out the window, I TRAPPED THE DEVIL finds the sadness between the two when they realize any chance of a real reconciliation is gone.

Burke brings a nice steely nature to Karen as an attempted peacekeeper between the brothers, but she also shows cracks in her armor as her claims that she loves Steve as family are put to the test and she clearly sides with her husband at almost every turn. Karen’s relationship with Matt is also a nice subversion of expectations as they are presented as a longtime couple that truly loves and is comfortable with each other as opposed to the type of bitter marriage often presented to up the dramatic stakes. 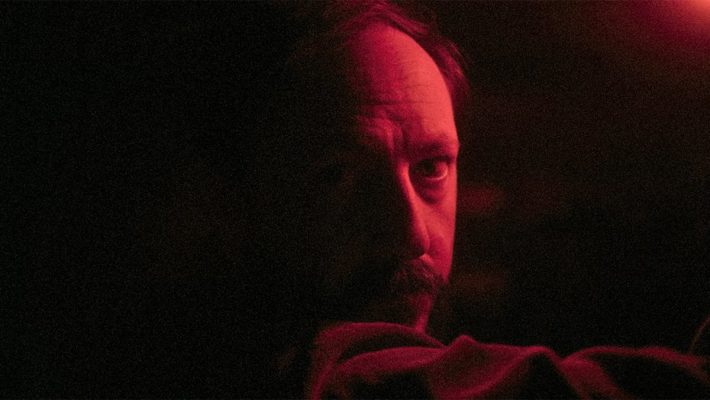 The only drawback to I TRAPPED THE DEVIL is that the focus on the family drama becomes so nuanced that the pace can drag at times. Even with the potential that Steve has captured something otherworldly and the ever-increasing frustration between Matt and Steve, the second act of the film does suffer at times from too many scenes that repeat the same dynamic or information previously presented. As much as I like the characters and sympathize with them, at a certain point it does start to feel like the film falls into a rut. Thankfully, a third act that is equal parts frightening and cruel (a specific moment for Karen is a real heartbreaker) brings the film back around to the potential for something very different and upsetting shown in the set up.

That I TRAPPED THE DEVIL sticks its difficult landing is impressive and a credit to Lobo, Bowen, Poythress, and Burke. This is a bleak, bleak (despite the comedic chops all three actors possess, there is nary a laugh to be found) movie that never shies away from the brutal nature of all-consuming grief. If the suffocating tone of inevitable doom hanging over your head is your thing, this is the movie for you—and I mean that as a recommendation. 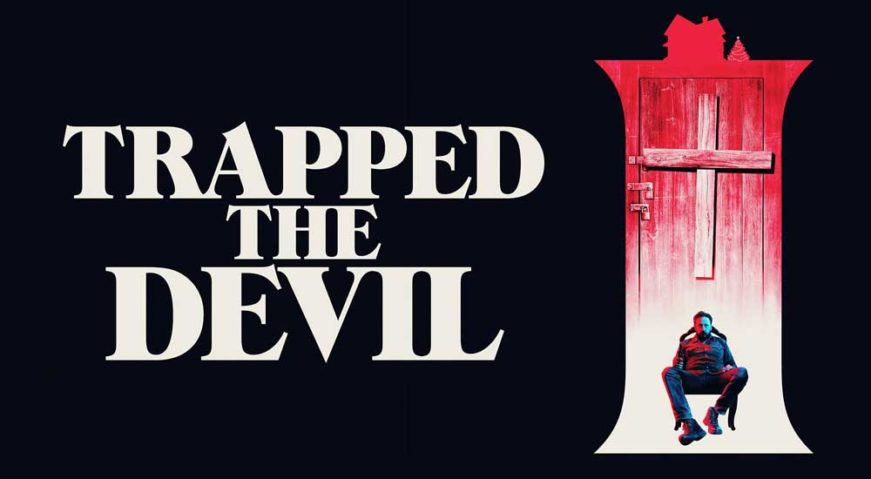