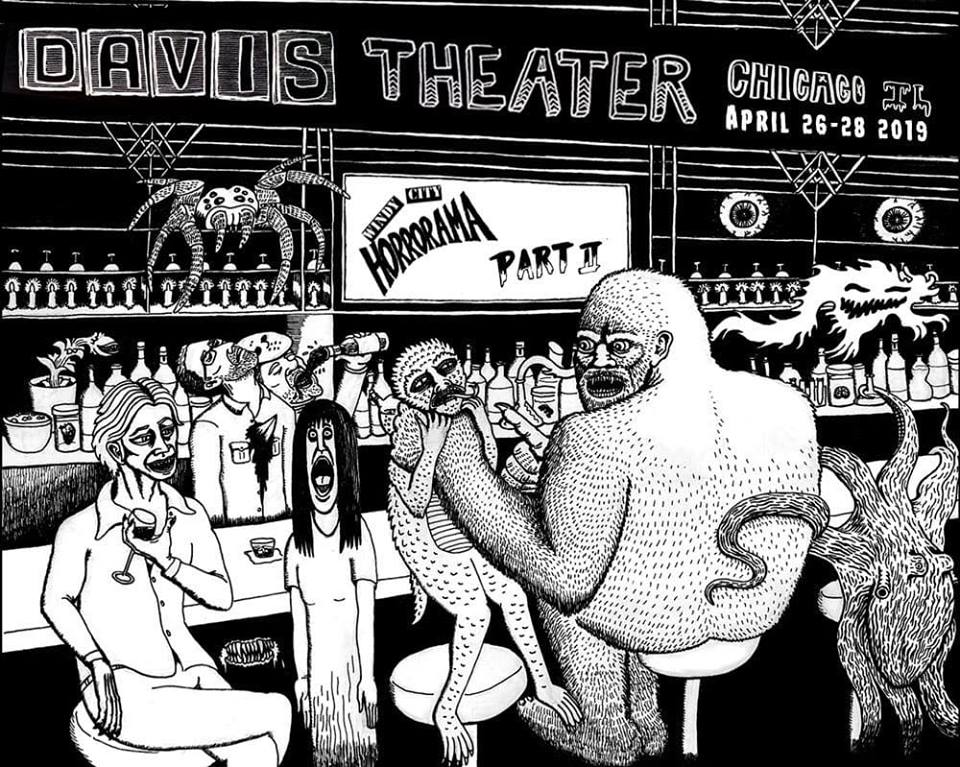 This is the second year of the Windy City Horrorama film festival, and it will be my first year going to all three days. Last year I was only able to go for one day, but that day was filled with fun, fresh, independent cinema. None of the films were boring or repetitive.

By the looks of the line up of this year’s Windy City Horrorama, it’s stacked to the gills with more jaw-dropping, mind-blowing genre cinema. I’m beyond excited that I’ll be there all three days! Here are the top five films I’m most excited about seeing this year. 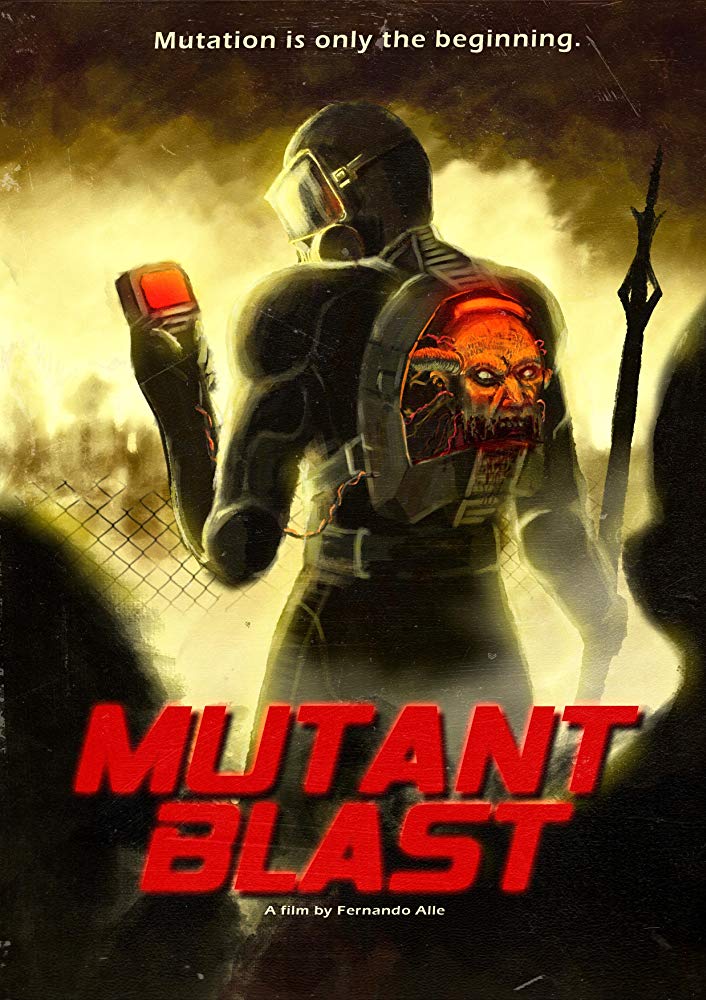 I’ve been a fan of Troma films all my life, so after seeing the trailer for MUTANT BLAST and knowing it’s by them I’m more than a little stoked. I’m kind of burnt out on zombie apocalypse films, but this Portuguese gem looks completely bonkers. A buddy comedy between slacker Pedro (Pedro Barão Dias) and super soldier Maria (Maria Leite) that has gay rapist hobos, super freaks that look like they come from the video game FALLOUT, and parasitic wrist rodents, which all have me saying, “Hell yeah!”

MUTANT BLAST will be premiering on Friday April 26th, at 10:15pm. 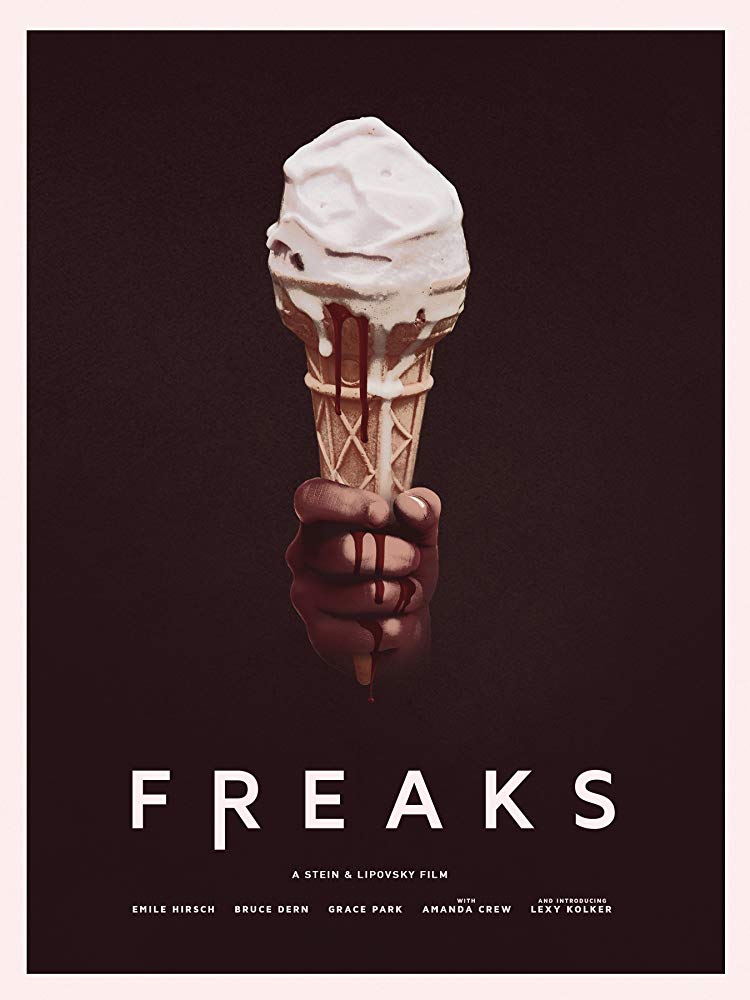 There is something about a fantasy style film with a horror edge that really does it for me, and that’s exactly what I hope FREAKS delivers. Chloe (Lexy Kolker) yearns to experience the world outside of her decaying house where her over protective father (Emile Hirsch) keeps her captive. As sleep deprivation takes hold of dear old Dad, Chloe escapes to discover a violent and terrifying world beyond her dreams. FREAKS looks disturbing and I love it!

FREAKS will have its Chicago premiere on Friday April 26th, at 8pm. 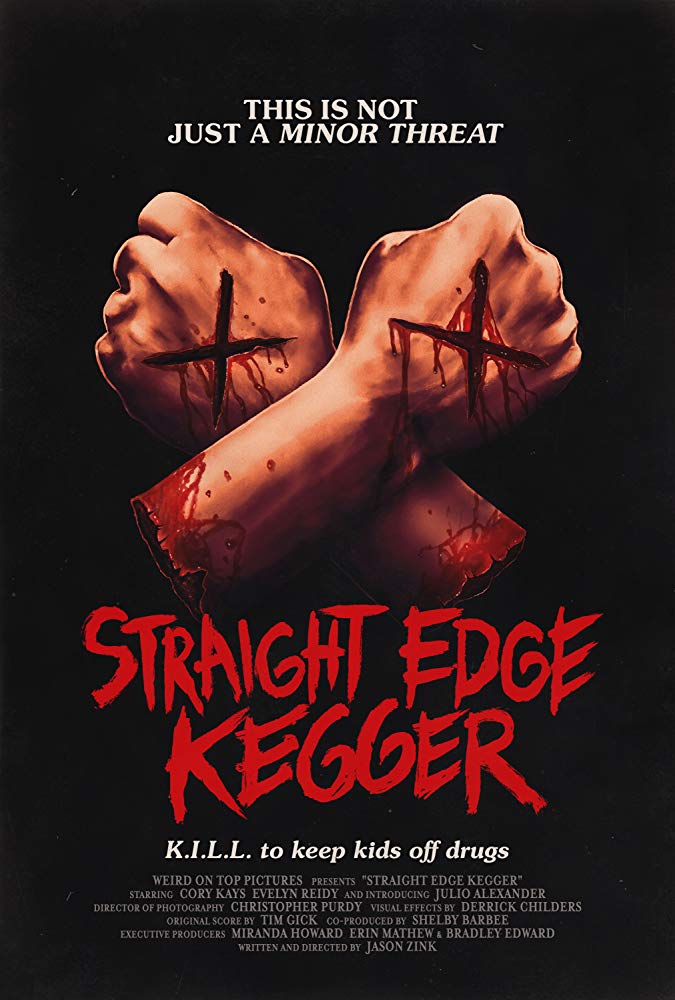 Although I have already reviewed STRAIGHT EDGE KEGGER, I’m super-excited to see it in the theater on a big screen. STRAIGHT EDGE KEGGER’s strength is its authenticity to the D.I.Y. punk scene. This film is primarily a siege film that has James (Julio Alexander) and his crew of straight-edge thugs hunting down Brad (Cory Kays), who left the gang. They surround a punk-rock house party where they have found him, and the rest of the film is a night of terror and carnage. This is a must-see for any fans of punk-rock exploitation films.

STRAIGHT EDGE KEGGER has its Chicago premiere on Saturday April 27th at 2pm, followed by a Q&A with director Jason Zink. 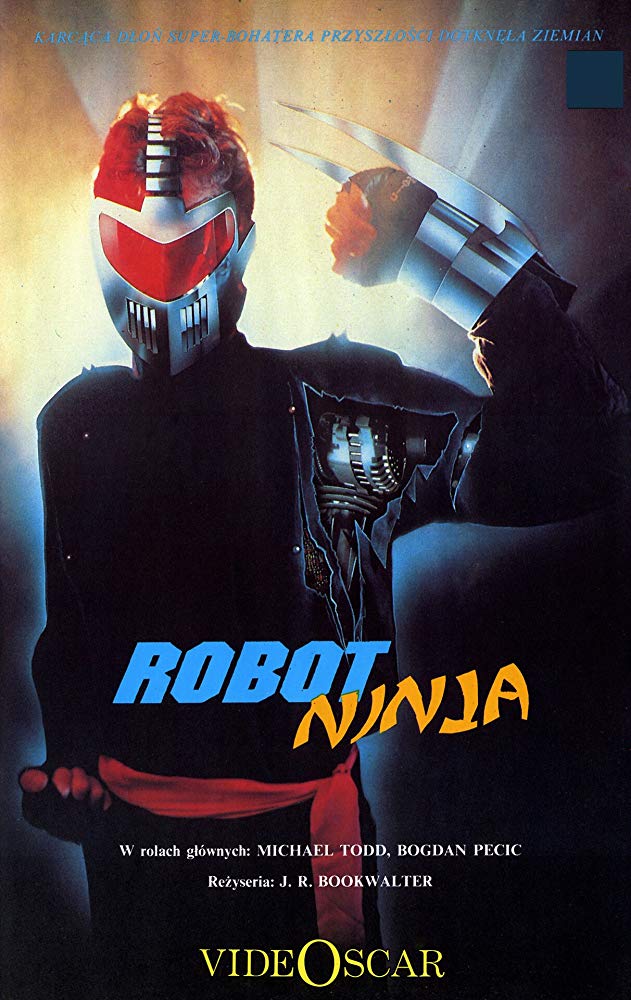 In this time of rated-R superhero films, ROBOT NINJA seems like a perfect fit. This long-lost shot-on-16MM treat is the story of struggling comic book artist Leonard Miller (Michael Todd) who witnesses the brutal rape and murder of a young couple by a gang of ruthless thugs. He wants to avenge these innocents, so with the help of his inventor friend Dr. Goodknight (Bogdan Pecic), Leonard becomes Robot Ninja, one of the characters from his comic books, and hacks and slashes his way through the rough under belly of crime. I’m a big fan of KICK-ASS, SUPER, and ROBOCOP, so I’m sure I’m going to enjoy this one.

ROBOT NINJA’s 30th anniversary screening will be at 4pm on Saturday April 27th, followed by a Q&A with director J.R. Bookwalter. 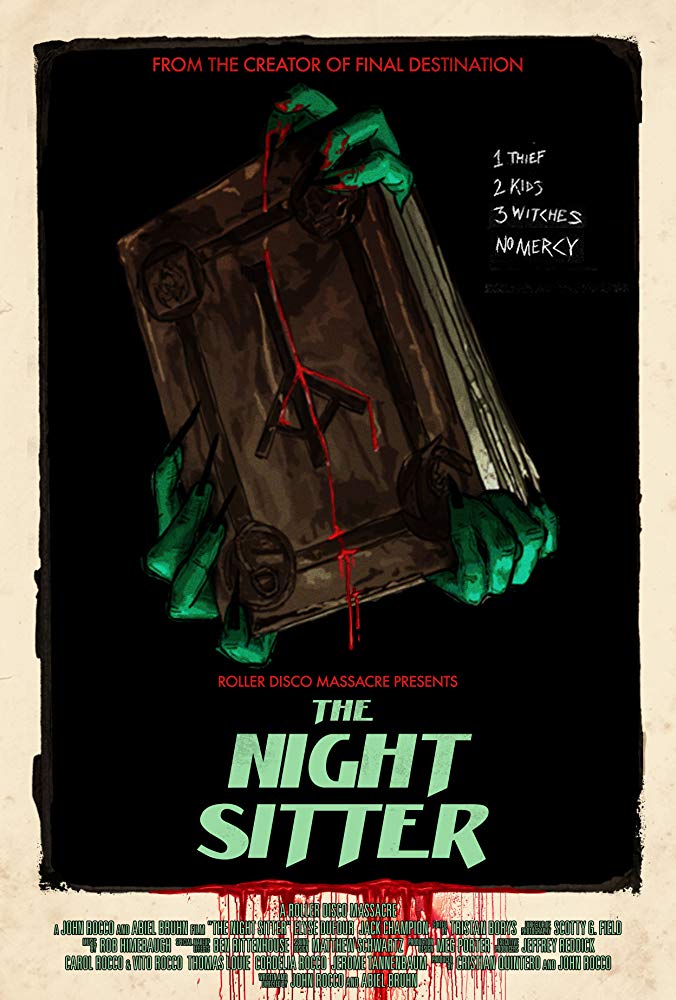 I’ve talked about this at length, but one of my greatest weaknesses when it comes to genre films are ones set on Christmas, and that is why I’m so stoked for THE NIGHT SITTER. When teen con artist Amber (Elyse Dufour) poses as a babysitter and plans a heist from wealthy occult enthusiast Ted Hooper (Joe Walz), three witches (yes, the three witches from the SUSPIRIA/ INFERNO/ MOTHER OF TEARS mythos) are released and now it’s up to Amber and Ted’s son Kevin (Jack Champion) to form an unlikely bond and survive the night. THE NIGHT SITTER is being described as Dario Argento and Sam Raimi crashing a Christmas party, and nothing could make me happier.

THE NIGHT SITTER will be making its Chicago premiere at 2:15pm on Sunday, April 27th.