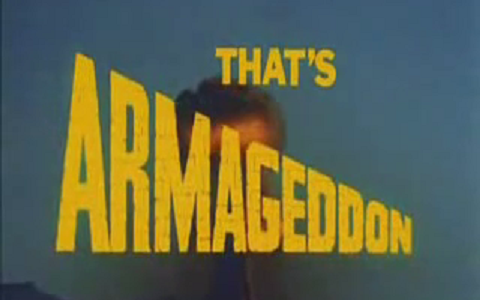 Trailers! We all love ’em — they’re what gets us excited about seeing new movies, even if they promise so much the film itself can’t deliver. We don’t really even mind that we have to sit through 12 of ’em before seeing a feature in the theater. Oh, sure, we’ll complain and joke how we can’t even remember what we were here to see, but deep down, we’re strangely comforted by seeing that green screen with ALL AUDIENCES in bold font. (Or even better, the red screen that promises the potential for sex and violence!)

The language of trailers has become so iconic that it’s easy to replicate, and that’s exactly what hundreds of filmmakers have done, creating “trailers” for films that don’t exist that are often much more entertaining than a feature. It’s a practice that’s been around for decades, though internet availability and the proliferation of DV cameras has made the practice a hell of a lot more common.

With that in mind, we’re proud to present, with no sense of understatement, the 50 Greatest Fake Trailers Ever Made!

Now, there are certain factors I kept in mind when putting together this list. This ranking contains only trailers that are entirely new — nothing with repurposed footage like the great Premakes series or re-genreing like SHINING. (Those are a seperate skill set, and should be saved for separate lists.) Not all of the trailers here are satirical — some are very sincere homages to genres that the filmmakers obviously love. Some were part of movies. Some are from TV shows. Heck, some are music videos.

I went through a careful, scientifically-based process, ranking over 250 fake trailers on varying qualities, including adherence to original form, entertainment value, ease of jokes, historical importance and editing skill. Then I threw that out because this is a damn internet list and everyone is just going to argue about rankings anyway. Instead, I put together a diverse list of 50 from a wide variety of sources, formats and inspirations.

So here, without further ballyhoo, are the results — or at least the first ten! Be sure to check in tomorrow for the next batch of THE 50 GREATEST FAKE TRAILERS EVER MADE!

“Don’t you know the Dewey Decimal System?” The first “Conan the Librarian” joke was written about ten minutes after Robert E. Howard’s iconic barbarian hit print, but the 43 seconds that makes up the trailer for a fake made-for-TV movie is basically the perfect amount of time to spend on the joke.

A one-minute wonder from a Roger Corman-inspired trailer contest, Schmidt’s take on ’50s sci-fi isn’t jokey, but a sincere, loving recreation of what makes ’50s sci-fi trailers so alluring. So many promises! So much science! So big space! Wow.

A music video in the guise of a trailer for a B&W European new wave film, the Malloy Bros.’ inventive short for the Cold War Kids’ song probably features a bit too much of the band performing, but much of the video honestly feels as though it could have come from a film about the ennui of it all. The intertitles are perfectly conceived to make this feel like homage rather than parody.

Another one-minute wonder, CHILDREN OF THE INVISIBLE MAN takes the guise of a creepy ’70s trailer about some sort of invisible figure stalking a young woman, and it’s just minimalist enough to capture the idea of a teaser perfectly. I have no idea what the movie’s supposed to be about (something like a grindhouse INVISIBLE MANIAC) but I’m intrigued.

“From the producers of TRUE LIES” comes a trailer for this potential re-imagining of the famed animated explorer starring Ariel Winter. It’s such a great, dead-on parody of adventure movie trailer tropes down to the ending explosion that it doesn’t even matter if you don’t have a rugrat around to have exposed you to the source material.

Stanley Donen’s MOVIE MOVIE is a parody film that doesn’t get a lot of discussion (though hopefully Scorpion’s upcoming release will remedy this) but it is a lot of fun, emulating a double feature of a classic boxing film and a musical comedy. In between, however, sits this entertainingly goofy parody of war films, featuring George C. Scott, Eli Wallach and Art Carney that has an unending capacity for overblown narration. It’s so perfectly made that you’d be sure it was the real deal.

From the movie CQ

CODENAME: DRAGONFLY is the sci-fi eurospy flick that writer Paul (Jeremy Davies) is working on in Roman Coppola’s CQ, a nifty and underappreciated film about the European art/exploitation film industry of the ’60s. The trailer it a great sampling of the influences of CW — mostly BARBARELLA and DANGER: DIABOLIK — but utilizing the pop-up word style used famously by the trailer for DR. STRANGELOVE. It’s a great little 42 seconds, but the best part is that the film-within-a-film was actually shot as a short, and is available on the DVD.

At over 12 minutes, CLOSET CASES shouldn’t really qualify as a trailer, but it’s certainly presented as one, with all the ridiculous narration intact and even being preceeded by a “COMING SOON” title. A parody of, obviously, CLOSE ENCOUNTERS OF THE THIRD KIND, CLOSET CASES was one of the first fan-made fake trailers, and it was available for years thanks to its inclusion on a tape with the infamous HARDWARE WARS. It’s certainly very similar, with plenty of goofy jokes, intentionally bad accents and silly sound effects, and while it overstays its welcome a bit, there’s enough cleverness here to make it a lot of fun. How can you hate something that parodies Meco’s ’70s output with an album called “Great Movie Scores Done Tacky?” You can’t, I say. You just can’t. Co-director Harper kept a similar tone for the short film MEADOWLARK LEMON PRESENTS THE WORLD, in which the Harlem Globetrotter teaches kids about math. 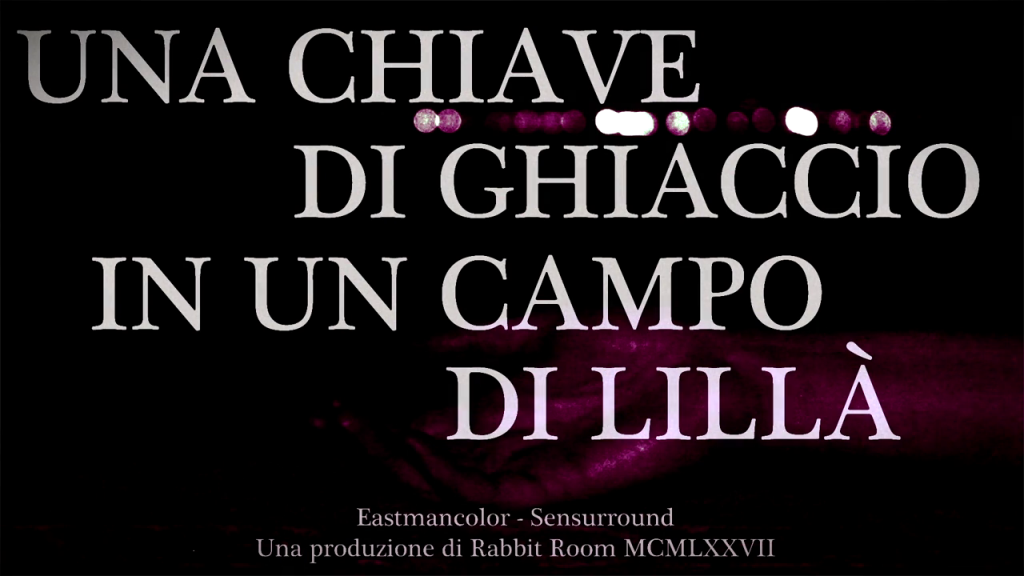 The cars, T-shirts and DV look betray its origins, but Jason Coffman’s trailer for a “lost” giallo film (the title translates to A KEY OF ICE IN A FIELD OF LILACS) nails the tone, from the split screen to the close-up of high heeled feet to the sudden change in music as the trailer’s plot kicks into gear. Made with an awareness of what makes giallo films so compellingly beautiful in their alienness, UNA CHIAVE is work made with sheer love for the genre — let’s hope it turns up online again.

The sketch comedy flick KENTUCKY FRIED MOVIE is the patron saint film of the list, the only title other than GRINDHOUSE to land more than two entries. But who could resist ’em? THAT’S ARMAGEDDON is a gleeful, over-the-top parody of disaster film trailers, with an all-star cast (Donald Sutherland as the clumsy waiter!) and enough melodrama and devastation to please any EARTHQUAKE fan. It’s also a great warm-up for the Zucker-Abrahams-Zucker team that wrote the segment, as they’d revisit disaster epics a few years later in AIRPLANE!. I can’t decide if the arrow to the president is funnier with or without the context of the film itself, as it’s a call-back to an earlier sketch.