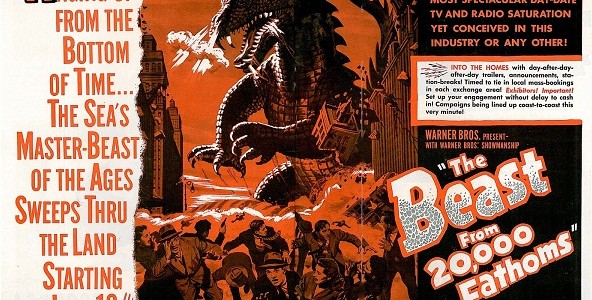 An atomic bombing test in the Arctic Circle awakens a prehistoric dinosaur from a hundred-million year nap. Understandably, the critter isn’t in the best of moods, and it begins to take down ships and lighthouses as it makes it way down the Eastern Seaboard towards its original nesting grounds near Manhattan. A destructive stroll through New York City ends with the beast tearing up the roller coaster at the Coney Island amusement park. The poor bastard is finally taken out when a scientist and a sharp shooting military bad-ass shoot a radioactive isotope into its neck. 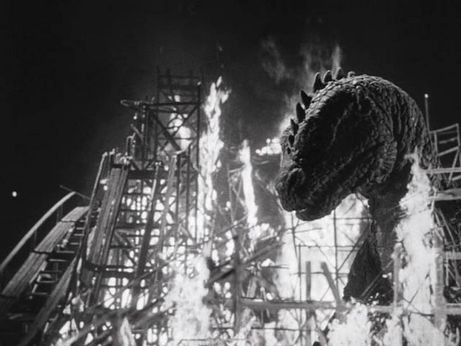 This al-time classic monster movie was a first in many departments, and is widely regarded by film historians and filmmakers as one of the more influential films in creature-feature history.

THE BEAST FROM 20,000 FATHOMS helped launch a whole slew of atomic age monster flicks that featured some sort of enraged or mutated beastie, each usually the size of a building.  This was the first solo project by legendary stop-motion animator Ray Harryhausen, and though the effects wizard would go on to perfect his craft in future films, he would never again create as nasty a monster as his deadly Rhedosaurus.

The creature’s sheer viciousness and its unsympathetic attacks on everything around it is what really makes the film hum.  Tight direction by Eugène Lourié and a capable cast that includes Paul Hubschmid, Cecil Kellaway, and Kenneth “Monster Fighter” Tobey help give the film a staying power that is sadly missing in so many other films of its type.

A Rhedosaurus-yype dinosaur was featured in the low-budget flick PLANET OF DINOSAURS (1978).

The film’s script is partially based on a Ray Bradbury short story, one which he originally wasn’t given credit for writing. Brought in to help with rewrites, Brabury quickly discovered the similarities to his story, and, luckily for all involved, he was presented with an offer to sell his rights to the story for the film. Probably didn’t hurt that he and Ray Harryhausen were good buddies.

Lee Van Cleef plays the sharpshooter at the climax. Both Van Cleef and Clint Eastwood, who was appearing in similar roles in monster movies made by Universal International, went on star together in Sergio Leone’s FOR A FEW DOLLARS MORE and THE GOOD, THE BAD AND THE UGLY. One has to wonder if the two actors compared notes about how they each destroyed their own individual monsters. 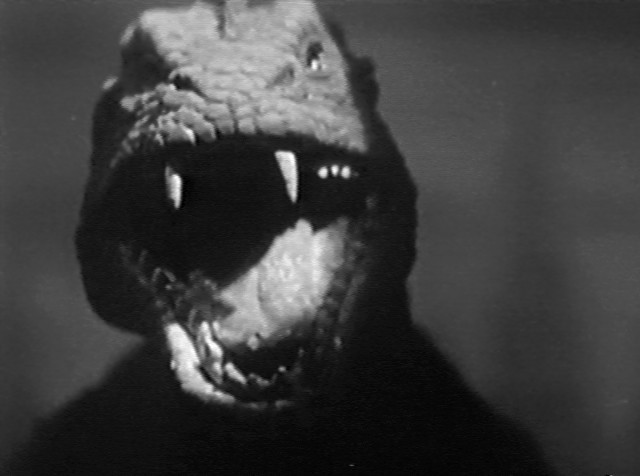 The Rhedosaurus is a product of Ray Harryhausen’s imagination, and like so many of his miraculous cinematic inventions, it never truly existed in nature. Ray designed his beast to be more amphibian in nature, due to its aquatic abilities. 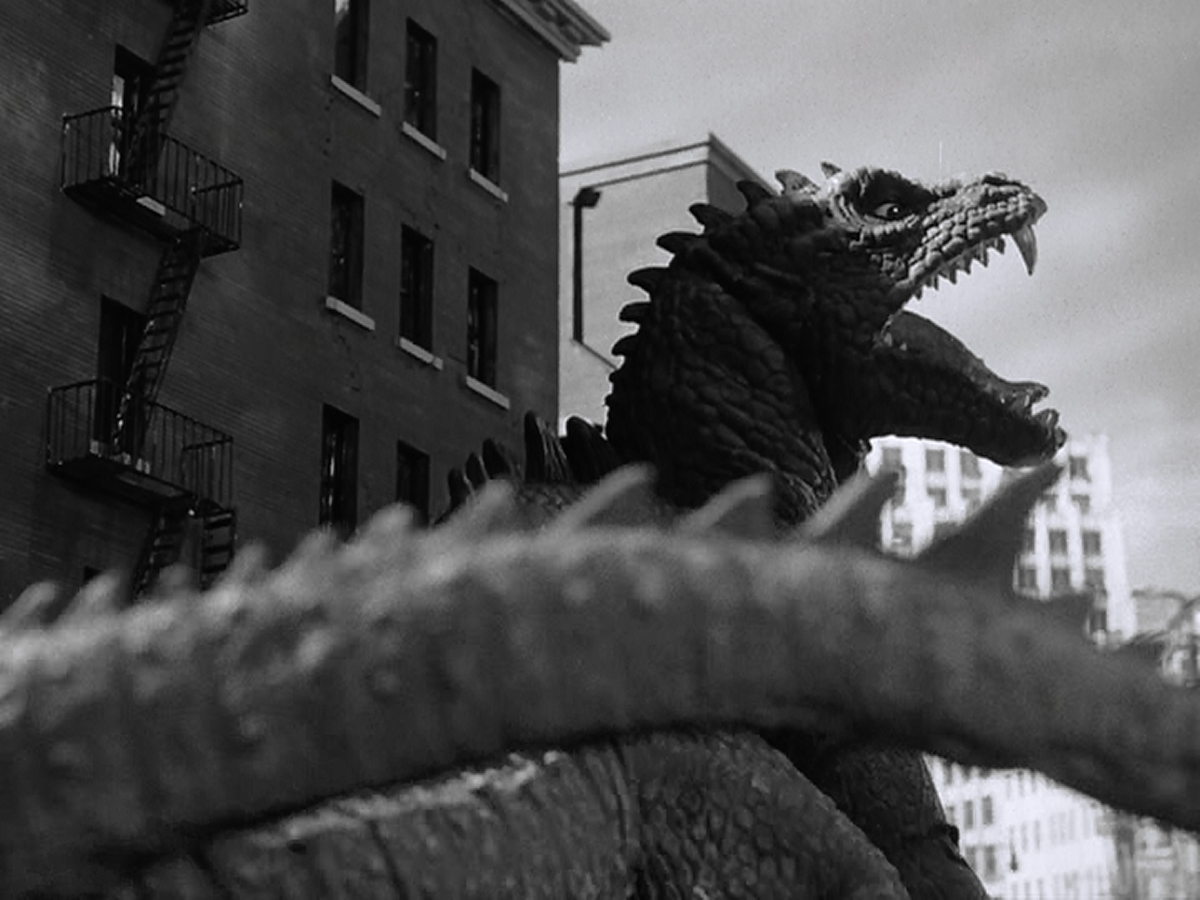 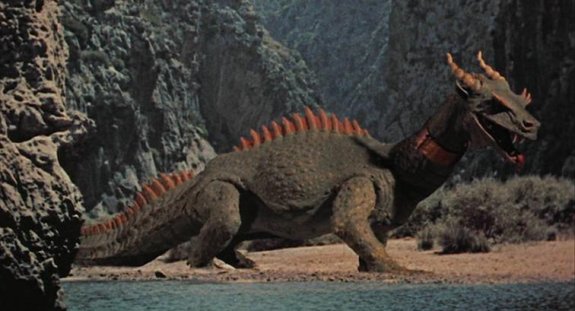 Parts of the Rhedosaurus ended up in the designs for the dragon in THE 7TH VOYAGE OF SINBAD (1958). 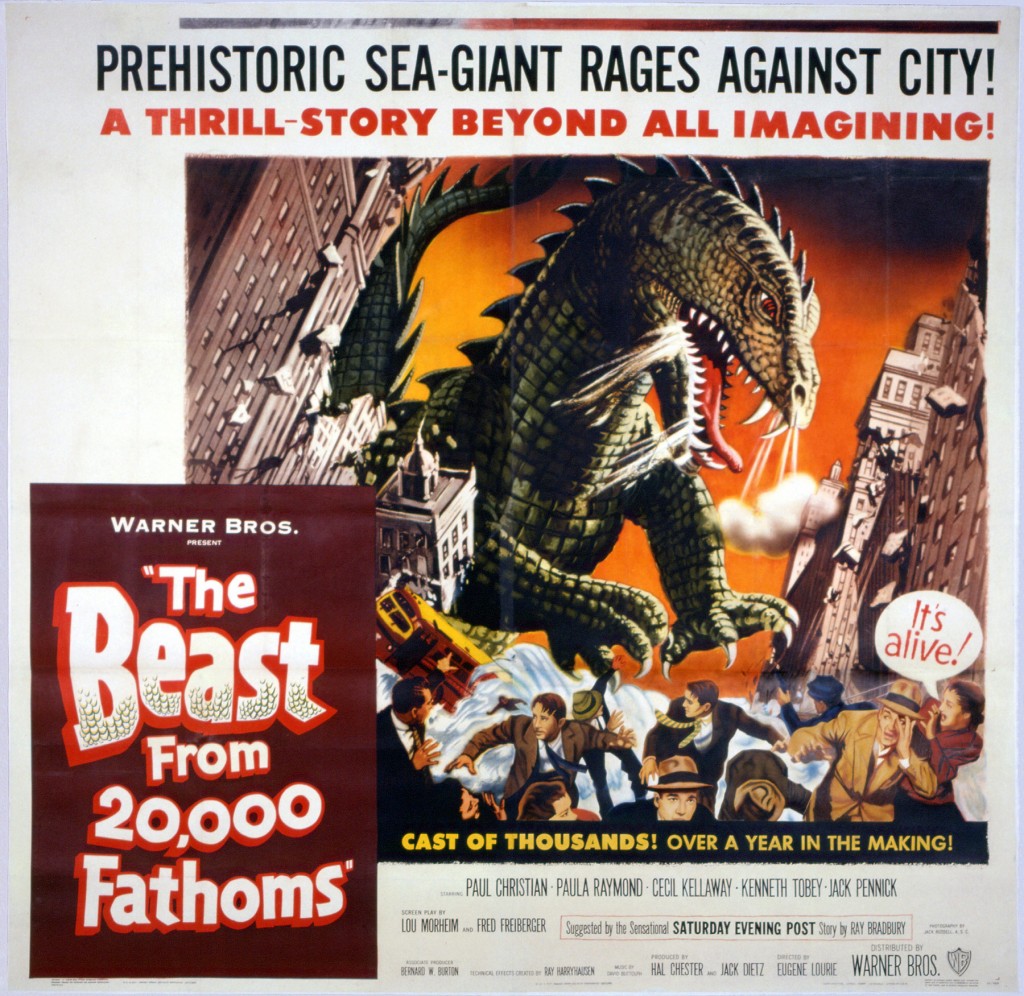 Made on the cheap for $210,000, the flick pulled in $5 million during its initial run. Low-budget filmmaking at its best!