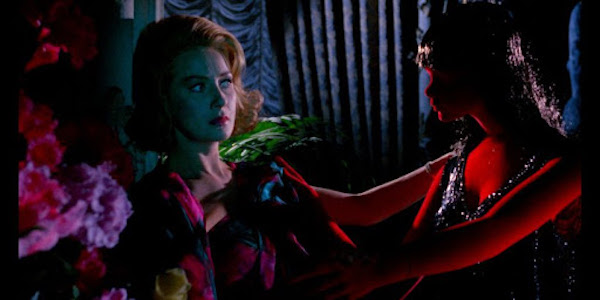 BLOOD AND BLACK LACE is celebrating the 55th anniversary of its release in the United States. The importance of this film, and that of Italian director Mario Bava, cannot be overstated. Without Bava, the genre of horror films would be in a much different place. Between A BAY OF BLOOD and BLOOD AND BLACK LACE, Bava nearly single-handedly jump-started both the giallo and slasher subgenres of horror. 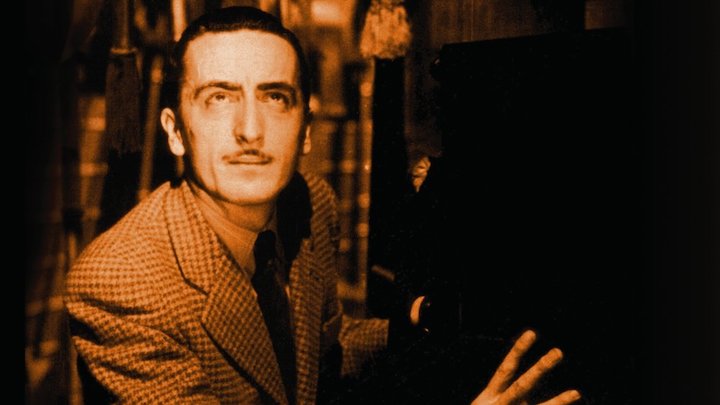 Many of the world’s favorite directors call Bava a major influence on both style and content. No Bava means movies like THE BIRD WITH THE CRYSTAL PLUMAGE (and, in fact, nearly the entirety of Dario Argento’s work) and horror franchises like HALLOWEEN and FRIDAY THE 13TH would not exist. It’s not really an exaggeration to say that two generations of filmmakers from Corman and Scorsese to Tarantino and Winding Refn were inspired by Bava’s remarkable style of filmmaking. 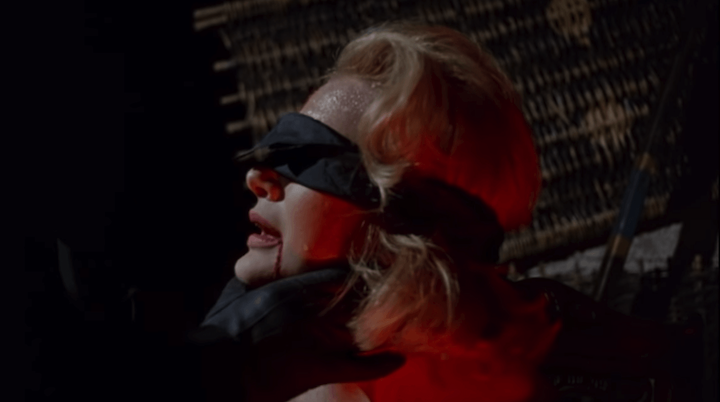 Bava already had several films under his belt as a director before BLOOD AND BLACK LACE. His previous films like BLACK SUNDAY, BLACK SABBATH, and THE WHIP AND THE BODY all showed Bava was already a master of atmospheric horror. BLOOD AND BLACK LACE marked a departure for the director as he combined of explosions of colored lighting (as seen in HERCULES IN THE HAUNTED WORLD) and gruesomeness (BLACK SUNDAY) with highly stylized kills and an inflated body count. The result was a dizzying mix of mannequins, models, and murder all inside the world of an exploded bag of Skittles. 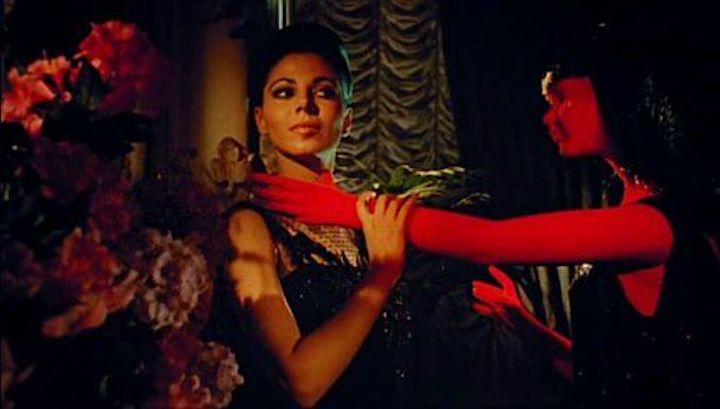 If you’ve followed me on Twitter or Letterboxd for any length of time, you know I’m a huge fan of Dario Argento. I’ve previously written about my love for DEEP RED here for Daily Grindhouse. I mention this because I came across Argento before discovering the genius of Bava. In fact, I had probably watched most of the films considered Argento classics before finally seeing my first Bava. Again, I have to give props to my husband for showing me BLOOD AND BLACK LACE. The film was like a revelation. 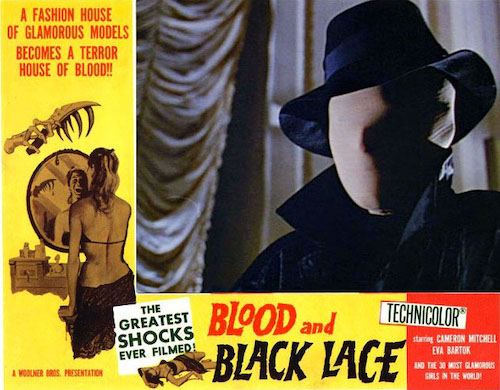 I could see just how much of an influence Bava was on Argento. From camera angles to lighting, you can see so much of Bava in movies like the aforementioned CRYSTAL PLUMAGE, plus more like TENEBRAE, INFERNO, and SUSPIRIA. It was like watching all of Tarantino’s work before watching Japanese films like LADY SNOWBLOOD—you spend a lot of the film saying out loud “Oh, shit! He totally ripped that off for KILL BILL!”

BLOOD AND BLACK LACE is another one of those films that mark a turning point in your exploration of cinema, at least it was for me anyway. As mentioned previously with Argento, it suddenly informs everything that came after it in terms of the genre. It was like a pink lightbulb going off in my head. When I watched a movie, I was able to see how certain directors took from Bava’s rich works. In a perfect world, it would be wonderful to explore the landscape of cinema chronologically, from the beginning of the artform—but that isn’t how life works. 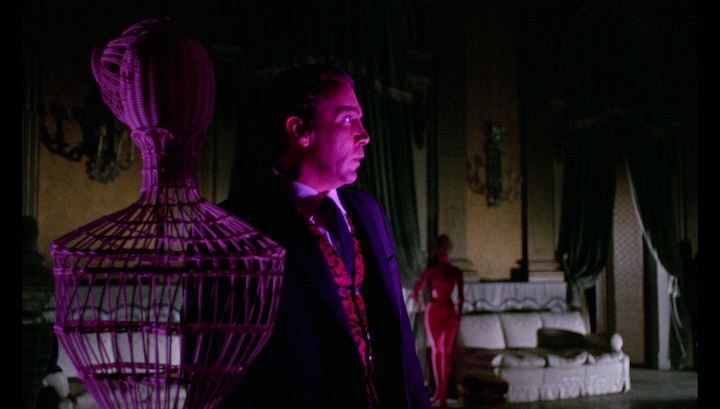 As a kid, you’re watching the movies your parents expose you to or you’re just watching whatever is on TV (this was back in the day, of course). As you grew into a teenager, you start to exert your independence and begin watching things you think you might like, again though, your choices are mostly influenced by outside forces. Eventually, you find a director like Argento (or Lynch or Suzuki) who takes you on a journey. That leads you to other directors and so on and so on. 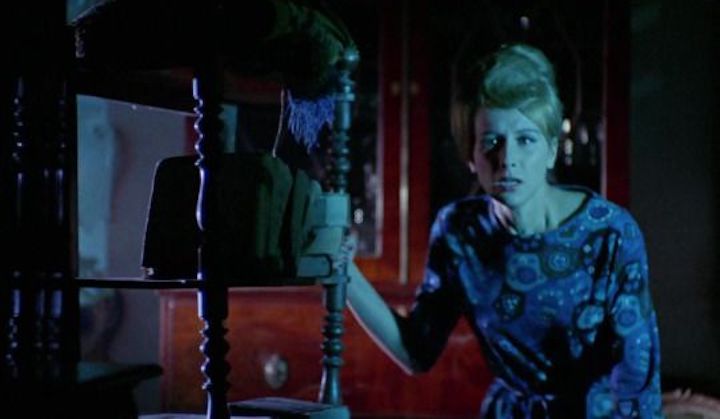 The road to the major influencers of film can be a very crooked one indeed, complete with dead ends and detours. You will, eventually, get back to the originators, but it could take you a long, long time. The best part about that lifetime journey is you get to just sit back and enjoy the scenery along the way. 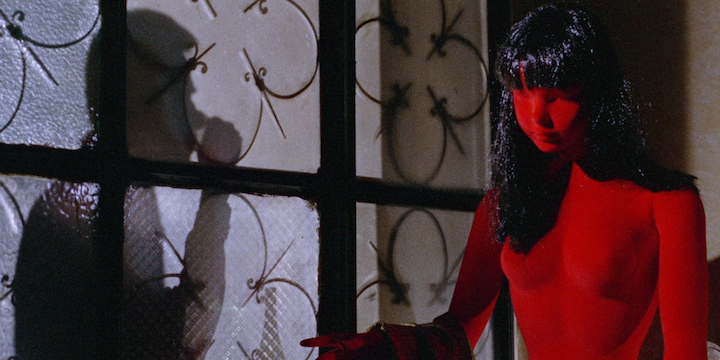